We Minnesotans have a constitutional amendment coming up in our November elections — certain anti-human, regressive elements in our state are peeved that anyone would dare to give equal legal protections to icky gay people, so they want to have us vote on this uncivil question:

“Shall the Minnesota Constitution be amended to provide that only a union of one man and one woman shall be valid or recognized as a marriage in Minnesota?”

The correct answer, of course, is NO, written in tall bold letters with a flaming sword. You’ll probably have to settle for punching a ballot, but do it with fury, anyway.

So I’m pleased to see that General Mills, a major employer and creator of mass-market foodstuffs, has come out against the measure. Their CEO gave a $10,000 donation to opponents of the bill, and they also put out a lovely ad (I have been corrected: Kraft made the ad. So there are two companies to praise!): 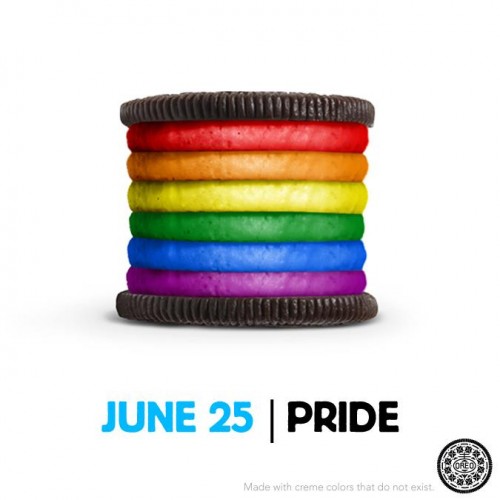 Now the patriarchs and theocrats of the odious Minnesota for Marriage organization have declared war on Oreo cookies, an action as doomed to failure as declaring war on cute kitten pictures on the internet (wait, hang on, I should try to think of a better comparison…) There is now a campaign to show support for General Mills, which is a good thing to do when corporate America does something good.

But don’t underestimate the cunning of the Minnesota for Marriage folks! They are fighting back. After declaring a cookie the incarnation of Satan, smart move number one, they have made smart move number two: sentencing gays to death! From their facebook page:

Brilliant! There is a tactical genius behind all this, I’m sure. And he or she is probably gay.