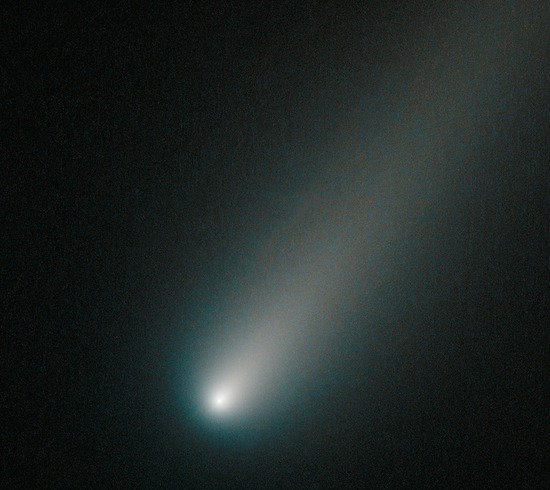 Comet ISON is hanging tough for its close encounter with the sun next month. Speaking of comets, evidence for another possible impact has been detected right on the precipice of a major climate change 55 million years ago.

New Scientist — Two geologists claim they have evidence that carbon dioxide levels in Earth’s atmosphere more than doubled in a single year at the end of the Palaeocene. The increase helped trigger the most extreme change in surface temperatures since dinosaurs ruled the land. The speed of the change makes an extraterrestrial impact the likely cause, they say.

Global temperatures rose by about 5 °C at the end of the Palaeocene – an event known as the Palaeocene-Eocene Thermal Maximum (PETM). Because more CO2 in the atmosphere makes the oceans more acidic, the event can be tracked by looking at the amount of calcium carbonate deposited on the ocean floor by marine organisms. In more acidic waters, less is deposited. Sediment analysis has suggested the increase in CO2 that caused the PETM took between 750 and 30,000 years.