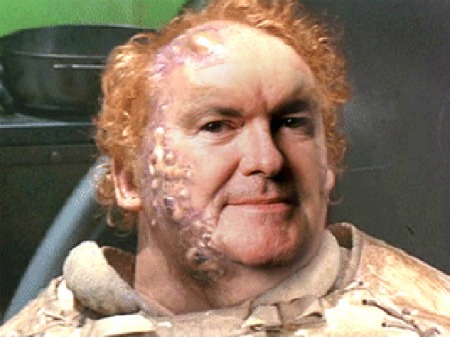 (CNN) — “These schools should get rid of unionized janitors,” he said. “Have one master janitor, pay local students to take care of the school. The kids would actually do work; they’d have cash; they’d have pride in the schools. They’d begin the process of rising.” … It would seem that if Gingrich really wanted to see poor kids “begin the process of rising” — and be consistent with what he said in 2009 — he would be lobbying for funding to be designated for early childhood education to address the cycle of poverty, not busting up janitor unions and making poor kids indentured servants.

The thing that’s disturbing about this, and a bunch of other stuff Gingrich says and does, sure he’s spewing vomitus, but only because what is reprehensible to most people is treasured by a big swath of likely voters in what was a half decent political party at one point. Gingrich is in it for the money; he’s a male Sarah Palin, making a lucrative living milking people so taken in by the conservative cult that they can’t distinguish between friend and foe.

They are, in a real sense, victims of a conservative truth bending apparatus of such efficacy it knocks a fraction of its followers into a shiftless, angry, and most important, highly vulnerable and suggestive mental state. The kind of dazed, tuckered out state where someone with the right suite of shortcomings will be stamped, deeply, right into the psyche, and imprint on the proper cues like helpless baby ducks following their mother to water. Gingrich simply wants to be the boss duck, and if walks like a duck and quacks like a duck …

New scale for alien life proposed by astrobiologists » « What if we threw a super committee and no one came?