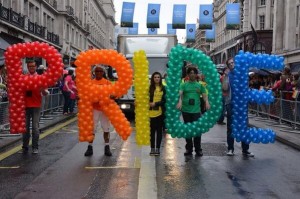 Considering how vocal UKIP leaders and members have been about condemning LGBT rights and actively seeking to work against LGBTs rights, this information came as a shock. In fact, my first reaction was “UKIP has an LGBT section for real?” I would have been surprised too if I saw ‘UKIP immigrants’ listed in a parade list for a rally organised by immigrants and allies to promote Immigrants’ rights.

I do have a problem believing that UKIP LGBT has a good motive for wanting to be part of the parade list. In fact, I would not be surprised if that section of UKIP was just hastily created for the purpose of pinkwashing and to launder the well-earned homophobic image of UKIP.

Under normal circumstances, I would not happily call for the ban of an organisation from participating in an event that was designed to promote human rights, acceptance, and tolerance just because i feel offended by what they have to say or what they stand for. However, there is certainly nothing normal about the sudden emergence of UKIP LGBT for parading in London Pride, if anything, it is highly suspicious. I totally support Free speech, but it should not be an umbrella to encourage Hate speech or any propaganda of such.

I was glad to sign an online petition calling for the ban of UKIP LGBT from marching at London Pride. The petition was clear that there were provisions in the Pride in London terms of participation that UKIP and what it stands for clearly contradicts.  The Pride in London website states:

Pride in London reserves the right to exclude from Pride in London events any organisation whose policies or leadership do not support the values of acceptance and inclusion that Pride promotes.

As the petition organiser rightly stated

Nigel Farage, leader of UKIP, clearly does not support the values of acceptance that Pride promotes, and UKIP is an inherently homophobic, transphobic, xenophobic, racist and misogynistic political party.

It must be noted that far-right parties including the BNP and EDL are already banned from London Pride. However, Pride in London has not been consistent in implementing or enforcing its own guidelines. Therefore, it could be argued that the same policy is being used to mete out unequal treatment, especially when there are other political organisations marching in the parade who are not exactly shining example of human rights values that Pride extols.

One thing I can say in defence of such other organisations is that at least their LGBT sections are vocal about supporting LGBT rights and actively work towards changing the anti-LGBT policies, stance and sentiments within their organisations. Therefore, I would think they have earned their place in the Pride parade. However, same thing cannot be said of UKIP LGBT.

Following the outcry and the many signatures calling for UKIP LGBT to be banned from London Pride, Pride in London rescinded its decision to include UKIP in the parade. The Pride in London Committee issued a statement, part of which stated-

For this year we have reached the decision that UKIP’s application to join the Pride in London Parade, 27th June 2015, will be turned down.  This decision has been made after careful consultation in order to protect participants and ensure the event passes off safely and in the right spirit, it has not been made on a political basis.

While I welcome the ban of UKIP LGBT from the pride parade, I must say, I am not in agreement with the reasons cited by Pride in London for arriving at this decision. I think this is an issue where it is appropriate to take a stance on political ground. Pride might be fun and inclusive but actually, it is or at least supposed to be political. Citing ‘Can’t guarantee safety’ as a reason to ban anyone from taking part in a public event, is not good enough.

Peter Tatchell succinctly summed it up  in his article Should Ukip LGBT be banned from the Pride London parade?–

I don’t believe the Ukip contingent would have been a threat to anyone in the parade, nor do I accept that “safety” is a legitimate reason for excluding them. This is the same lame excuse that has been used by the Russian authorities to ban Moscow Pride; namely that LGBT marchers would be at risk of violence by neo-Nazis and ultra-nationalists.

Ukip LGBT should not be banned because of the potentially violent reactions of their opponents. Penalising them because of the aggression of others is wrong and unfair. If there is a danger of assaults, the police have a duty to protect the likely victims. Simple.

The only genuine, serious grounds on which Ukip LGBT could be legitimately banned is that their politics conflict with the human rights values and policies of Pride London and the wider LGBT community.

It is my opinion that Pride in London was hasty in accepting the application of UKIP LGBT to join the parade. Pride 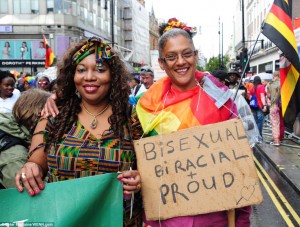 in London could have avoided this debacle by consulting widely or by simply consulting its own guidelines and implementing it accordingly before issuing out pride parade permits.

Until the time when this so called ‘UKIPLGBT’ visibly uses its voice to call for LGBT rights, be actively seen to stand on the side of LGBTs, and make  visible efforts to change its party’s anti-lgbt stance, it should not be given a ticket to pinkwash and launder its image on the platform of the very people it seeks to oppress.

UKIP LGBT members are desperately trying to garner public sympathy by portraying themselves as the victims in this case. They have even threatened to gate crash the event. However, one must wonder if UKIP members understand what it means to be a victim, considering that their party actively seeks to continue to make the most vulnerable members of our society, victims.

It has been clearly stated that UKIP LGBT members are free to participate in the parade with other groups or as individuals; they just can’t do it under the banner of the monstrous UKIP.

However, I must say, as an immigrant and member of the LGBT community, I am glad that I wouldn’t be running into an officially endorsed UKIP banner at London Pride 2015. 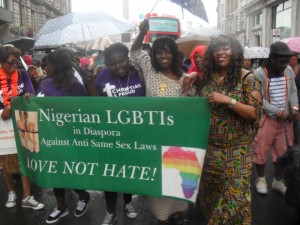 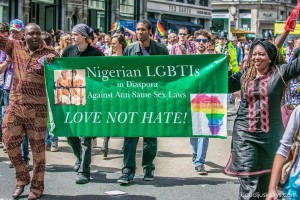 BeingFemaleInNigeria: The viral hashtag, the tweets and my take on it » « The curious case of Rachel Dolezal