When President of the Christian Association of Nigeria (CAN), Pastor Ayo Oritsejafor, was presented with a private jet for his birthday on the

40th anniversary of his ministry, he probably did not envision it was going to be his waterloo.

Pastor Ayo Oritsejafor’s private jet was seized in South Africa on the allegation that it was used to convey $9.3 million cash allegedly meant for the purchase of arms and ammunition. South African immigration officials discovered the undeclared money. Two yet to be identified Nigerians and an Israeli were said to be aboard the jet. According to latest reports, the private jet has been released after Nigerian officials entered into diplomatic dialogue with the South African Officials, but the $9.3m is still confiscated by South African government.

Funny enough, Nigeria’s government has moved in to defend the embattled Pastor. Government spokespersons have claimed that the money was for a covert government operation to secure arms to fight terrorism. They however admitted that not informing the South African government of the huge sum of money was a procedural oversight.

If as claimed, it was official state business, why was an official aircraft not used for the transaction and due protocol followed?

It is however interesting to note that President Goodluck Jonathan was a special guest of honour at the Birthday ceremony where the private jet was presented to the Pastor. Although President Jonathan claimed he had nothing to do with the purchase of the jet, many believed that the private jet was a political gift.

Nigerians are embarrassed that such a high-ranking clergyman is embroiled in money laundering, arms and ammunition scandal. Not surprisingly, it is turning into a religious and ethnic affair.

The embattled pastor in an effort at damage control presided over a meeting of CAN’s National Executive Council to state his side of the story to elicit members’ support. Speaking on the controversy, Pastor Ayo Orisjejafor denied any involvement in the money laundering or purchase of arms and ammunitions. He stated:

At the risk of being seen to be defending myself, I wish to confirm to the distinguished leaders of the church that the Bombardier Challenger 601 aircraft in question is mine.

The aircraft was presented to me as a gift by members of our congregation and ministry partners world wide at the 40th anniversary of my call into the ministry. May I be permitted to stress that the aircraft was not given to me by the President of Nigeria, neither was it a settlement for any political favour or patronage.

The President of Nigeria has nothing to do with the gift of the aircraft.

In order to ameliorate the cost of maintenance of the aircraft, I sought and got permit to allow the aircraft fly in and out of Nigeria.

Based on this, I leased the aircraft on August 2, 2014 to a company to run it. It was the leasee that entered into an agreement with the people who carried out the transfer of funds. Having leased the aircraft to the Green Coast Produce Company Limited, any transaction undertaken with the aircraft can no longer be attached to me.

The embattled Pastor flared religious sentiments amongst Christians when he claimed that the outcry against his action is a war against the church. He stated:

In as much as I am shocked and distressed by the incident, I wish to appeal to Christians in Nigeria to remember that a war has been waged against the Nigerian Church. This war is being fought on many fronts and this unfortunate incident is another dimension in the assault against the Church.

It is clear that those who manipulated this conspiracy desire to create a schism in the Church. The media hype and the deliberate distortion of information that followed it confirmed that forces that desperately desire to cause division and disunity in the Church are at work. Even the devil knows that a house that is divided cannot stand.

As Christians, we need unity in the Church now more than ever. We are witnessing inhuman attacks by religious extremists against Christians in the northern part of the country while Christian infrastructure is being destroyed in hundreds.

If we permit the enemy to divide us, our chances of corporate survival shall be severely threatened.

Let me make a passionate appeal to our heads of blocks, heads of denominations and Christian leaders at different levels and spheres of influence to please use your good offices to caution and control your subordinates and followers from making public statements that will further polarise the Church and strengthen the arms of the enemies of the church.

In a bid to defend himself, the embattled Pastor is desperately appealing to religious sentiments. He is treading a dangerous ground that might further fuel religious tension in a country that is already battling growing religious intolerance.

I wonder why a private jet that was meant for church evangelism and therefore registered as non-profit ended up being used for commercial purposes. This is a breach of law as it contravenes the Company and Allied Matters Act (CAMA).

The CAN president claimed the private jet was necessary for the growth of evangelism, as it would effectively help him spread the gospel and do the work of God. Obviously doing the work of God in the 21st century include owing private jets, leasing the private jet for moneymaking ventures like money laundering, smuggling arms and ammunition.

There were some rumblings when he joined the leagues of Nigerian pastors who own private jets. In his effort to justify his precious birthday gift, the Pastor sermonised:

For example, Martin Luther was the one who searched the scripture to see how the Word of God could change the human being. But as time went on, we started seeing the Baptists. The reason why we call them Baptists is because the founder laid a lot of emphasis on water baptism; that is why today they are being called Baptists, not because they don’t believe that you need to accept Christ and be saved and go to heaven. What happened was that the founder had a revelation and a very deep understanding and conviction in the area of water baptism and he emphasized that.

Again, today, when you give your life to Christ, there is a big emphasis on salvation; that is accepting Christ and walking in the knowledge of Christ.

Now, the revelation is progressing; as that went on, there are people who through inspiration and the study of the Word  have more understanding in the area of prosperity and so started emphasizing on prosperity.

Coming to the issue of jet, I had no single idea of how it came about. It is true that people like us have gotten to a point where we need to have means of movement that will help us

And I’m not ashamed to own a plane, I think it is a necessity and not a luxury for some of us deeply involved in the work of God to own planes.

Gospel of prosperity indeed! It seems the pastors prosper while the sheep pay the price.

Well, at least he caught up with the new age, private jet owning pastors before he retired! Nice pension, me say. 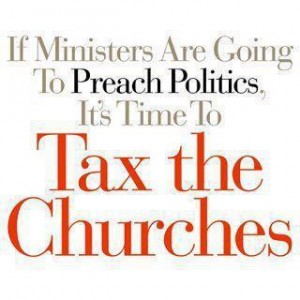 Well, the birthday gift has landed Pastor Ayo Oritsejafor in hot waters, but I am sure he did enjoy the gift while it lasted. Moreover, since it is Nigeria, this storm will soon blow over and he can go back to running his businesses i.e. the church and the private jet leasing company as usual. Of course, the many members of his congregation will be tasked. They must pay their tithes regularly and give generously to God so that the head of the Christendom in Nigeria does not have to resort to illegal businesses like money laundering and arms smuggling to keep up with the trend of bringing the gospel to the world in 21st century style.

Let us not forget that this is an era of prosperity gospel. Jesus might be content to make a grand entrance in archaic chariots; however, the pastors will be more than happy to give Jesus and his angels a lift in their latest private jets.

Sensationalising the Plight of African LGBTs » « Why I can’t be bothered to wish Nigeria a Happy 54th Independence Anniversary.