George Zimmerman has been declared not guilty of murdering Trayvon Martin. A sad day, a very sad day indeed. My heart a 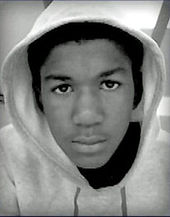 ches. I am angry, I am depressed and I am afraid of this fury building up from deep inside of me. It is a reminder that justice is a respecter of certain persons, has colour preference and tilts favorably towards a certain class. The facts of the case are simple enough, but oh how so many wants to make it into this complicated case. They whine “You don’t understand, this is what the law says”

A barbaric law made to justify barbaric acts. Laws that should not have a place in the law book of any nation that lays claim to democracy and civilization.

It is a simple case, and here are the simple facts of the case :

On Feb 26, 2012, Trayvon Martin, a 17 year old black teenage boy was on his way to his daddy’s house in a gated neighborhood. It was raining, he had on his hooded sweatshirt, his ear buds and a bag of skittles. He was unarmed.

George Zimmerman, a 28 year old white man, wannabe cop and a neighborhood vigilante, was seated in the comfort of his car when he saw the black teenage boy, Trayvon Martin walking on the street of his gated neighborhood.  George Zimmerman decided the hooded top and the colour of the boy’s skin was enough reason to arouse suspicion.

Afterall, what right has a black boy to walk in this gated neighborhood with his hood up even if it was raining? How dare he skip home unharrased with his bag of skittles like he was the Fresh Prince of Bel Air or something? Well, Zimmerman put paid to that. He made sure that the skittles happy Trayvon Martin realized he was an unwelcomed person in Zimmerman’s gated neighborhood. Nothing personal, just that the colour of Trayvon Martin skin grates on Zimmerman nerves. 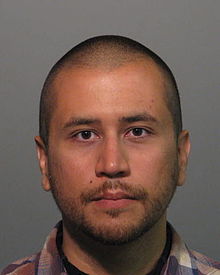 George Zimmerman called 911 and he was expressly advised not to follow Trayvon Martin, but did he listen? Oh no, Zimmerman takes order from no one, he has spotted his prey and like a predator he must circle around his prey and force him to submit to his superior ferocity (or is it superior race?).

George Zimmerman started following, actually stalking Trayvon Martin. These events had evidences in the recorded 911 call and the testimony of the last person Trayvon Martin spoke to, Rachel Jeantell.

What transpired after that was a cry for help, a scuffle and a dead unarmed 17 year old Trayvon Martin, undeniably shot dead by the armed  28 year old George Zimmerman.

And what was Zimmerman’s defense? Well, he shot the unarmed Trayvon Martin, whom he was stalking, in self-defense.

Hmm… you racial profile a person, finds the person suspicious based on skin colour, stalk the person and when the person ends up dead, you claim self-defense.  Seems legit.

Yes, in a sane society, where justice is truly blind, it should have been.

In a civilized society where the laws are not barbaric, it should have been.

In a humane society, where justifications are not made for racial profiling, it should have been.

In a democratic society where it is truly the land of freedom, equality and justice, it should have been.

However in a society where:

You can shoot at will and claim self defense

It is legal to shoot someone who owes you money

The killer of a child can plead self-defense even though he was the one who stalked and harassed the unarmed child,

And  where a murdered boy can be put on trial for his own murder, what hope do we have of having a sane open and shut case?

The jury decided George Zimmerman was neither guilty of murder nor manslaughter. He was acquitted of all charges.

After the jury’s verdict, Judge Deborah Nelson told Mr Zimmerman he was free to go.

Your bond will be released. Your GPS monitor will be cut off when you exit the courtroom over here. And you have no further business with the court. 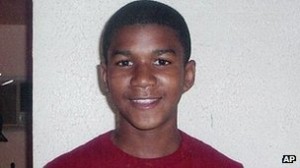 Would the jury have arrived at such a verdict if the case was reversed?

Would Trayvon Martin be a free man today if George Zimmerman was the unarmed one who ended up dead? I very much doubt it.

Today I weep for Florida, I weep for America and I weep for the whole of humanity. It is a universal mess. Justice is hardly blind anywhere in the world. And it is a shame that I am reminded of this fact by a nation I thought was a beacon of hope for freedom, equality and justice. I thought wrong, and I am so sad, so disappointed and so furious.

Marriage Equality for England and Wales; A Victory for Equality! » « Why “Thank God I am still better off than some” is a selfish prayer and attitude