After I’ve watched a bunch of videos on youtube of Russian tanks getting variously blown up and shot at, the algorithm appears to have decided I’m a nasty person and has started feeding me all kinds of things that blown up, crashed, and otherwise disastrously killed passengers. This one really caught my eye. 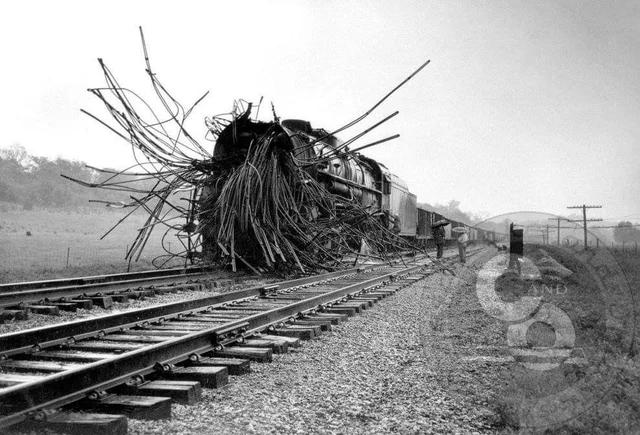 See what I mean? For a few seconds I was thinking maybe a train had run through a crop of rebar or something like that. But then I figured it out and watched the explainer. Spoiler: it did not go well for the operators in the locomotive cab.

It explains a bit about how these accidents came to pass; that’s interesting. Apparently boilers had a “superheater” where the steam that was about to go to the engine would make a pass through a coil that was basically exposed to naked flame, just to kick its energy up a notch before going to the drive. That could be problematic if the pressure dropped, because then the superheater pipe might melt. 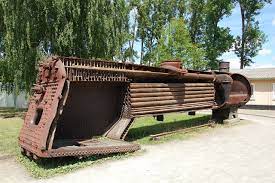 While we complain appropriately about the bad side-effects of internal combustion engines running on oil or natural gas, it’s easy to forget that they were a huge improvement over having to shovel fuel into a fire-box while simultaneously trying to operate a rolling steam-bomb. 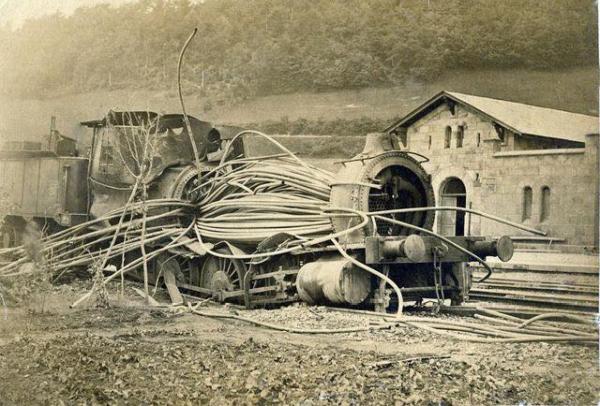 [Security expert Bruce Schneier uses the “newsworthiness” of an incident as a fairly useful metric for thinking about terrorism: stuff that happens rarely is newsworthy but if it happens all the time it’s “another monday.”]

Look at the way the train’s wheels are driven into the ground by the force of the escaping, uh, engine’s upper half. I’m pretty uncomfortable at the sight of steel pipe that appears to have taken on the form of a noodle, however briefly. 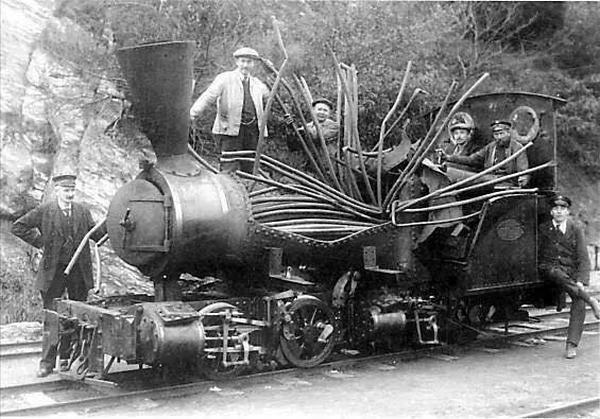 Look at the expression on the faces of the guys in the drivers’ seats. They are clearly fans of steam power. Actually, I wonder if the lingering scent of the former drivers was bothering them.

Where the lip of the torn back boiler is exposed, you can see it’s 1/4″ steel (or thereabouts) and it’s triple-riveted. Yet, it still launched. 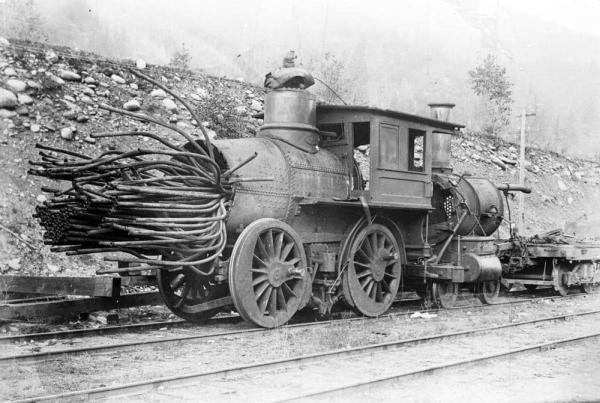 In the picture above, it appears that the front of the engine has blown off and been placed on the track behind the back of the engine. That’s why it looks a bit odd. Did this happen so often that there were people with experience in wrangling blown steam locomotives? 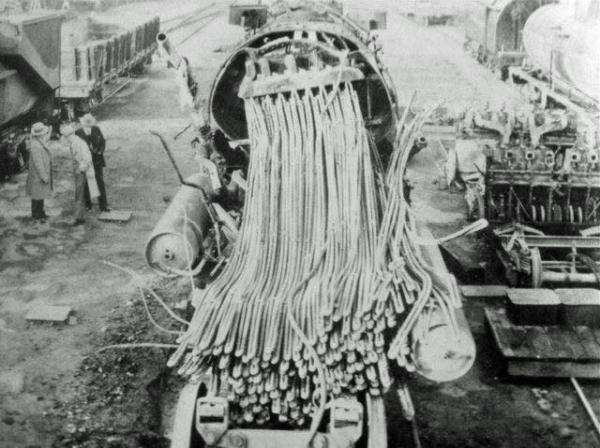 Steam was used in factories, as well, though where possible the power-plant was separated from the work-hall and rotational drives were used to carry impulse. I always thought that was pretty dangerous (the big overhead spinning pulleys and belts) but I guess it’s preferable to having a steam engine in the room. The photo above is of a steam locomotive inside a factory building; it was probably picking up a load of something and sat idling too long while the steam was up.

I suspect some of you have also watched the amazing Quinn Dunki’s series on making her own steam engines. I love her lucid and honest explanations of machining problems she overcomes. I also, now, have a lot more guarded respect for someone who works with steam instead of, you know, nice safe clean propane and oxygen like I do.