The US Navy could not tolerate having the British get ahead in the “flinging F-35s overboard” TikTok fad that appears to be emerging, so they did one too. It’s a dangerous fad and people get hurt.

Seven people were injured in the accident, about which the navy is being unsurprisingly clench-jawed. Briefly, under “normal operations” an F-35 attempting to land crashed into the deck of the Carl Vinson. The ship was unhurt but the plane wound up going overboard.

The big deal, now, is recovering the plane so that the Chinese don’t collect it. After all, this was one of those “freedom of navigation cruises” (AKA: “gunboat diplomacy”) and the whole thing took place literally in the Chinese back yard. The plane is made of secretium – pure, compressed, military secrets – and the navy is now mounting a full-press effort to get their plane back. Experts say it would have been much cheaper not to drop the plane overboard, but nobody listens to those experts as those experts are humorless Swedes. The Japanese solo-effort, in which an unfortunate pilot went to sea for a 3 hour tour and never came back, doesn’t really count because it wasn’t a takeoff/landing and no ship was involved at the time (the “board” in “overboard”). I know the term “normal operations” covers a lot, but personally I don’t think this is normal at all.

The titles are unintentionally funny: [cnn]

“Yes, you bet your bippy they do” comes to mind. The headlines when the Japanese F-35 went down were similar. I don’t know if that one was recovered, or not.

The navy has developed good expertise at throwing things overboard and then retrieving them, though. [at] 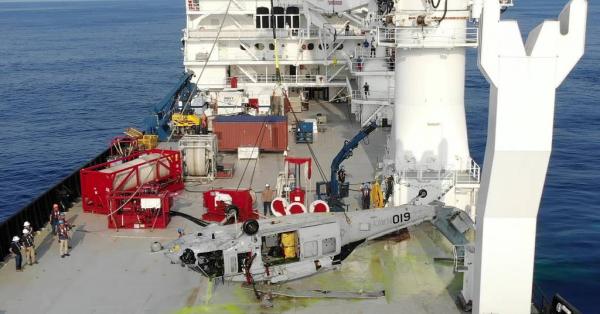 That’s a “sea stallion” (“you can lead a sea stallion to water but you can’t make it drink” tm) that was recovered from 20,000 feet down. Impressive capability; the same guys who did that are now rushing toward where the F-35 was endrinked so they can grab it back. 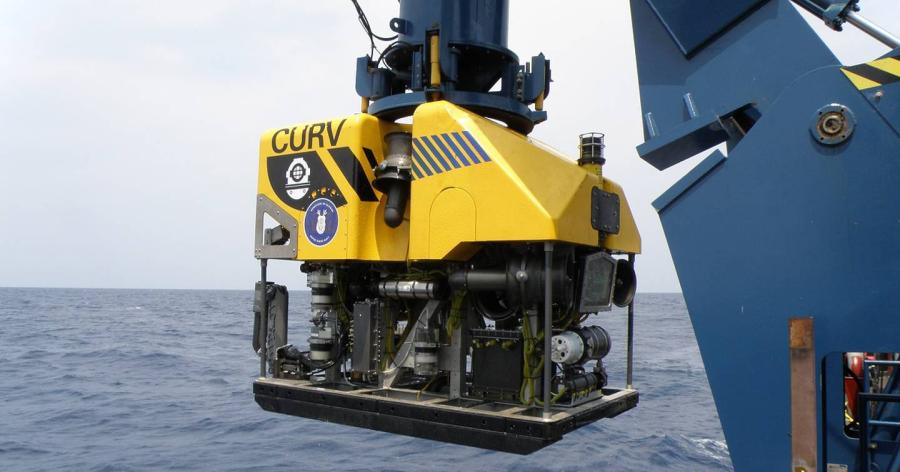 That’s a hella cool-looking drone. It illustrates how compact a vehicle can be if it doesn’t have to support human life – it’s just impellers and cameras and batteries everywhere. I bet it costs a fuck. Because you can’t just use any cheap drone to retrieve a $100mn aircraft. It’s called CURV-21 and if you google around for it, you’ll find that it’s been used pretty widely; the navy also deployed it to find that Argentine submarine that only got the “sub” part right. I guess dropping things overboard is going to be a fad that will be with us for a long time.

Amusingly, one of the blurbs I read about CURV-21 was that it is usable at depths “up to 20,000 feet” coincidentally exactly within a few feet of that helicopter they recovered. I’m guessing the practical limitations on a ROV like that are the communications channel and battery life. I wonder if it can also cut fiberoptics.

Meanwhile, the French have announced that they are still a world power, and plan to drop something big off a ship really soon and that it’ll make a big splash.