Fortunately, the coronavirus is not as bad as it could be; certainly it’s nowhere in the league of SARS or the 1911 swine flu. Which is a good thing, because it does not seem as though humanity’s response to the virus has been super effective.

Humanity’s response to SARS was not super effective, either. In order to protect the tourism industry, governments played down the outbreak, allowing people to move around and spread the infection.

I’m not a public health expert or a virologist, but I was pretty freaked out by the movie Outbreak. Mostly, I admit, because of the humanity-loathing brought on by the character played by Jude Law. [Minor Spoiler:] He’s a sort of combination of Andrew Wakefield and the Great Goop Lady Herself, Gwyneth Paltrow – selling nostrums in the face of a serious medical crisis. Surely nobody would really be so loathsome as to do something like that. Except, ironically, Gwyneth Paltrow.

The idea of being on a cruise ship is bad enough for someone antisocial, but being on a cruise ship during a viral outbreak? That sucks. It reminds me of the stories great grandpa told me about the “coffin ships” that sailed during the 1911 swine flu outbreak – the ship would leave port with a full complement and arrive with half of the people who originally departed gone. I don’t know what experience great grandpa actually had during the outbreak but he lived through it and obviously it was memorable. The folks on that cruise ship have to be hoping the booze holds out because the only way that cruise would get worse is if an incompetent captain drove the ship into a gale, which has also happened (just not simultaneously). To someone antisocial like me, the idea of being trapped on a ship full of people with nothing but booze and food to console me; perhaps that’d be another cruise ship movie plot: passenger decides to see how many other passengers they can heave overboard before someone figures out what’s going on. 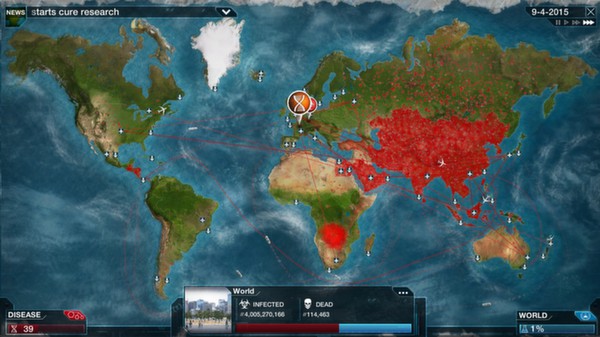 Honestly, it’s not very good. But the publishers of the game, in a brilliant fit of marketing, said “don’t use our game’s animations for your TV show ‘outbreak’ splash screens.” I played it, when it first came out, and I have to admit the pictures were pretty – though I believe the public health models behind it were pretty poor. [Minor Spoiler:] By the way, the way to “win” any such game for real is to get the infection to Jeddah. People from all around the world meet and mix in the airport there. The second time I went through Jeddah airport I didn’t go through the VIP side, in an excess of republican liberalism, and managed to get 2 different colds simultaneously.

Also, those face masks people are wearing don’t do anything against a virus – a virus is way too small to be caught by those filters. Meanwhile, the media wonders “if all these people are wearing masks, will there be enough masks for emergency responders?” Arrrgh, you clueless gits, the masks don’t work! Emergency responders wear much better stuff – stuff that’s maybe 50% – 90% effective against a virus. Imagine what it was like during the swine flu epidemic, when doctors were just starting to figure these things out, and the best they could offer was “soak a cloth in carbolic acid and breathe through that.” Bleach! Bleach is the thing! I’m surprised Goop isn’t telling people to gargle with the stuff. (also cures halitosis!)

If anything, people might try something like wearing nitrile gloves and not touching anything – oh, and, stay off cruise ships.

Some Good Back-Fill » « They’re Waiting For An Excuse