For your consideration we are auctioning “Goth Black Lightning” – a chef’s pwning knife in 1095 and 15N20 high carbon steel with a pure nickel layer in the transition-zone. The handle is ebony, .99 fine silver, and resin-impregnated 7000 year old (1000 years before god made the earth!) bog oak. There’s a fine silver pin at the butt of the knife because, honestly, everyone benefits from having their butt pinned on, don’t they? 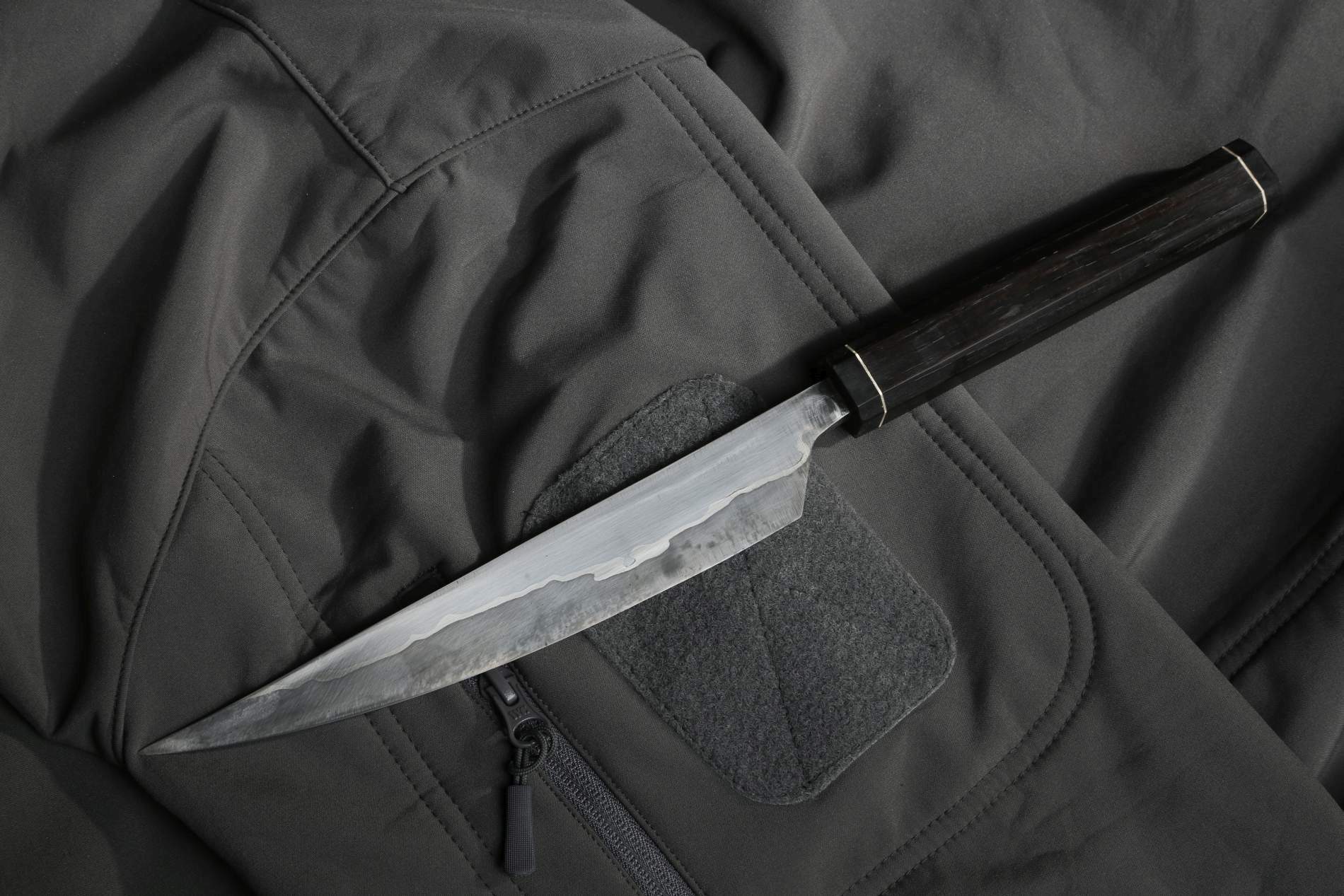 The darker 1095 slumbers between two layers of pure nickel, and high nickel 15N20 high carbon steel, just waiting to wake up and cut the beejeebers out of something.

Overall length is about 14″ with the handle about 6″.

Flaws: There are scratches on the blade, but they’re not too pronounced. The transition-line at the tang to the handle has some highly visible scratches and would have benefited from hours and hours of careful polishing. Which, it did not get.

[Note, I am doing another auction in parallel with this one, so if your taste is less gothic, you may wish to check that one out first.]

High carbon stains and can rust, so it needs to be cleaned and lightly oiled before it’s put away for any period of time. Red meat will stain the blade in an attractive bluish color so everyone will know you’re not a vegan. The handle can be brought back to looking great by the simple expedient of rubbing a drop of olive oil (literally, a drop) across the wood in the palm of your hand. Do not put this in a dishwasher. Do not hammer on things with that ebony end-cap; ebony is tough but you can break it if you try.

The cloudy-looking transition-zone along the edge is where the 1095 (high carbon steel) is sticking out from between the layers of 15N20 and nickel. It is not a temper-line. The blade is edge-quenched in a way so as to de-emphasize a temper line and the nickel transition zone provides sufficient visual “grab” – this is a fairly dramatic-looking knife.

If you lose, you owe nothing! Never before has it been easier to not have a really nice knife!

My blog comment policy requires manual approval of everyone’s first posting. So if you don’t see a comment/bid, please be patient. Also, if you email me from a gmail account and don’t get a reply, check your spam box, because gmail hates Marcus for some reason.