Sagittarius Eye is an Elite-based fanzine [sa] that is clearly a labor of love.

Delivered as a PDF, in order to allow greatest design flexibility, it’s a full-up magazine online. I can’t imagine how much work it takes to produce something like it. 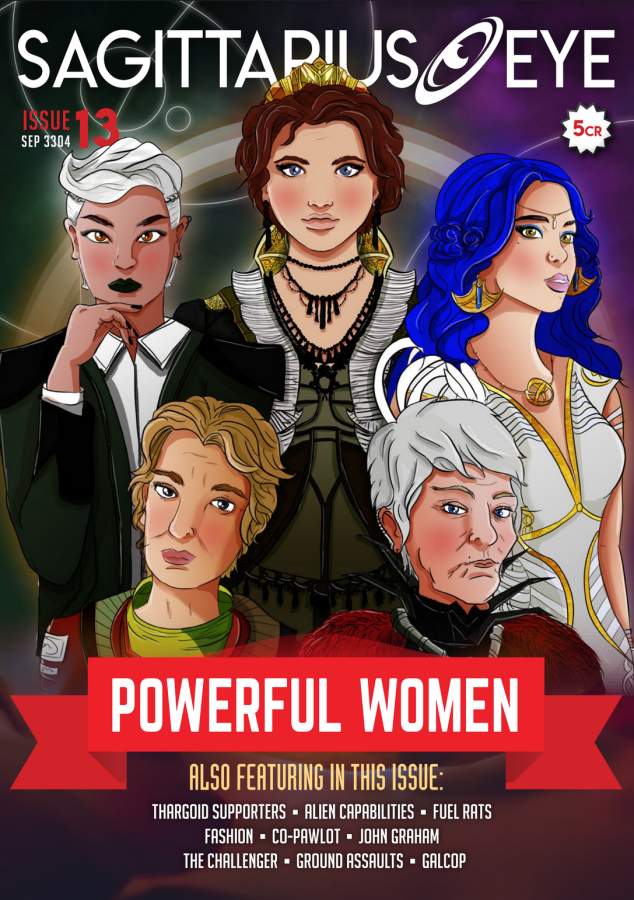 When the Fuel Rats get interview requests, it’s complicated since there’s no leadership hierarchy to defer to. Someone gets a request and they decide who’s going to fill it, which sometimes frustrates journalists who feel like they are wandering around inside a cloud of Fuel Rats each of whom says “Oh you should talk to ${someone else}”

Sometimes it gets bounced to me, and I always try to have fun with it, and to rope in as many other Fuel Rats as I can. Because playing the media dance is glorious, if you want it to be!

In the September issue, CMDR Surly Badger is interviewed (a bit) about the Fuel Rats:

“I haven’t been doing much with the Rats lately,” he admits.

Whilst public records show he is more than comfortably well-off, Badger maintains a look on the edge of down-and-out, wearing an old leather bomber jacket over his pilot’s jumpsuit. On the shoulders, there is a small Fuel Rats patch along with one for Hutton Truckers and an-other for some paramilitary unit called ‘Led Zeppelin’. A gold pin on his lapel reads ‘M/V Longshot’ atop a small but very detailed rendering of an Asp Explorer.

I first started role-playing games in 8th grade, when one of the nerd gang came in with xeroxes of the original 3 book D&D set. To me, role-playing was fantastic fun – it let me think about things from a different person’s perspective, as though I were them. Eventually I developed so much familiarity with the process that it feels like I am sort of shrugging on a different set of clothing. Some of the roles I have played for long times are so ingrained that I even adopt alternative thought-patterns. For example, Ironbadger, my main WoW character for almost a decade – I know what Iron will do instantly, in just about any situation. He’ll stumble over it, fall off of it, or challenge it to a duel of honor. Maybe all three, in that sequence. His battle-cry “What’s the worst that could happen?!” came from a certain set of realizations I had about how to think about success or failure in the context of gaming.

The avoidance of rules and bureaucracy seems to have influenced the ‘Mischief’s’ political life as well. When asked about the apparent gulf between the Rats’ service to their fellow humans and supposedly self-serving anarchist politics, Badger downplays the conflict between the two:

Well, ‘anarchy’ isn’t chaos – it’s just a lack of formal leadership and hierarchy. We’re self-organizing based on our ‘Doctrine of Individual Excellence’, which basically says that each Fuel Rat is expected to act in a way most consistent with rescuing people and being really, really good at it. We sometimes have people join who think ‘anarchy’ means a lack of responsibility, but that’s almost exactly the opposite of the situation. We expect everyone to figure out what to do and to do their best, so we don’t have leaders or anything like that.

This was a really fun interview. We did it in character and I answered the questions as though we were chatting in the bar where the Fuel Rats hang out. You can picture it: it’s a dump, walls covered in precious – mostly stolen – memorabilia. Stuff that’s worth much more than it appears to be.

Success or failure in the context of gaming: Success in gaming is not necessarily winning unless that’s why you’re doing it. You need to ask yourself “why am I doing this thing?” and if the answer is “for fun!” then winning or losing are not the issue, having fun is, which means that a glorious defeat is just as glorious as a victory.

I really love the format of being able to produce a fully-rendered magazine as a PDF. It’s so much more attractive and better organized than a typical web-page studded with ads and crap, and it says to me that there are still people with attention spans that can handle more than two pages of text. It looks gorgeous on a tablet! Give it a go! 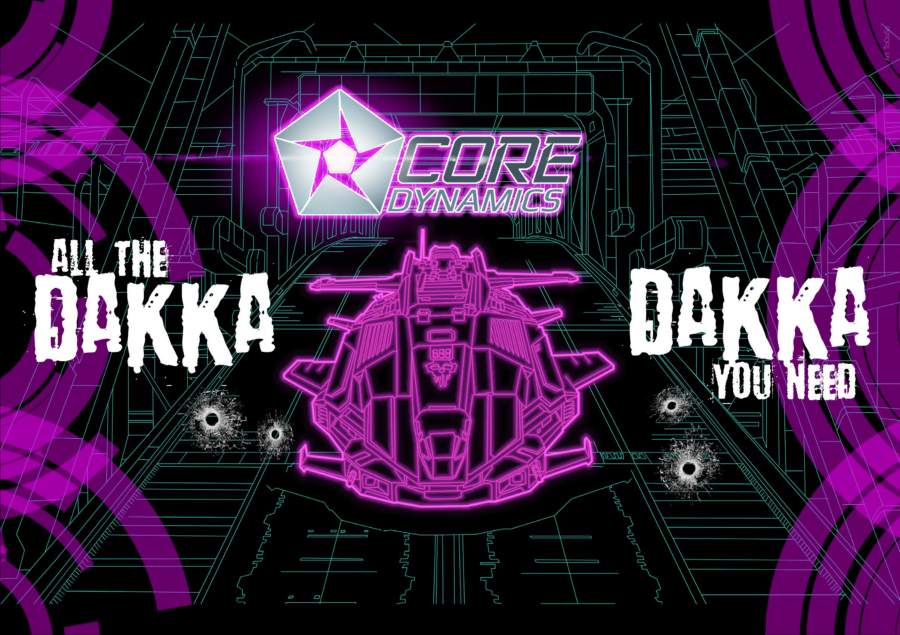 Uncommon Sense: I am Not Your Negro » « Pawprints