The Firefly Festival never happened, mostly because the fireflies respect no one’s schedule – some night in June and, wham! Fireflies. I wanted to host a dinner out in the grass with them, but it’s impossible to get guests to commit to show up on some random evening in June.

I used to try to photograph them but now I don’t try. I’ve given up. Perhaps one of the newer generation DSLRs could do it. But then I began to feel the dance of the fireflies was special, not to be shared. The silent blinks, like flying LEDs – so many it looks like there is one per cubic meter of space. They don’t like to fly high (I assume the bat would get them) so they form a sort of carpet. It was hot last night and then it rained, so there was mist and fireflies.

There is a Japanese photographer who has mastered a technique for capturing them on pixels, in low light. I could look at his pictures and estimate the aperture and exposure times, but mine just were not as good. So, here are some, from Tsuneaki Hiramatsu [wired] 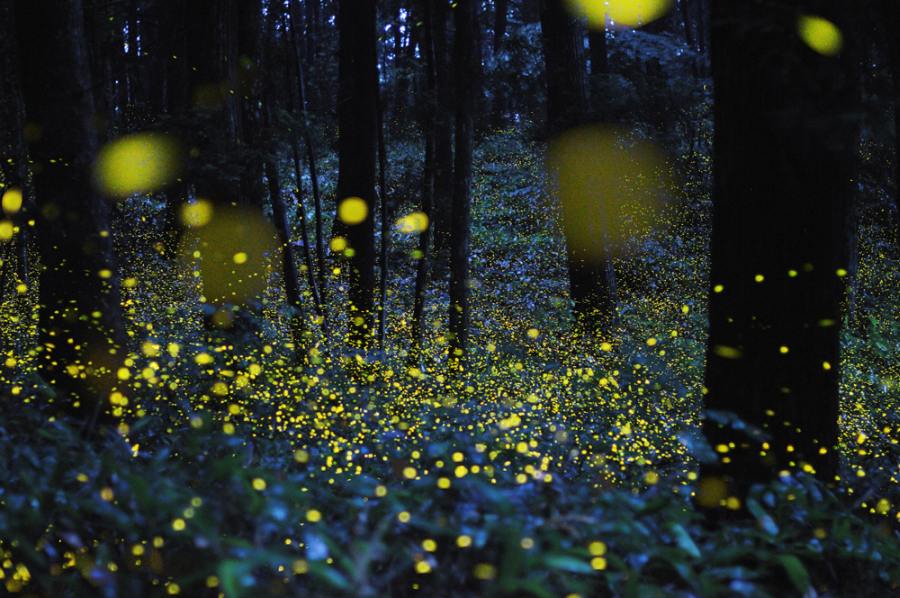 You may have seen pictures of my yard, graced by Mr. Elk. You can imagine the firefly population in the  deep grass, curving down to the pond. The field pulsates with lights. Some years I’m wistful, some years I’m speechless, some years I’ve missed it – mostly now I’m glad we all made our appointment. These days it seems an accomplishment of sorts. So I sat on the porch and drank some coffee and was grateful we’ve all made it another year. 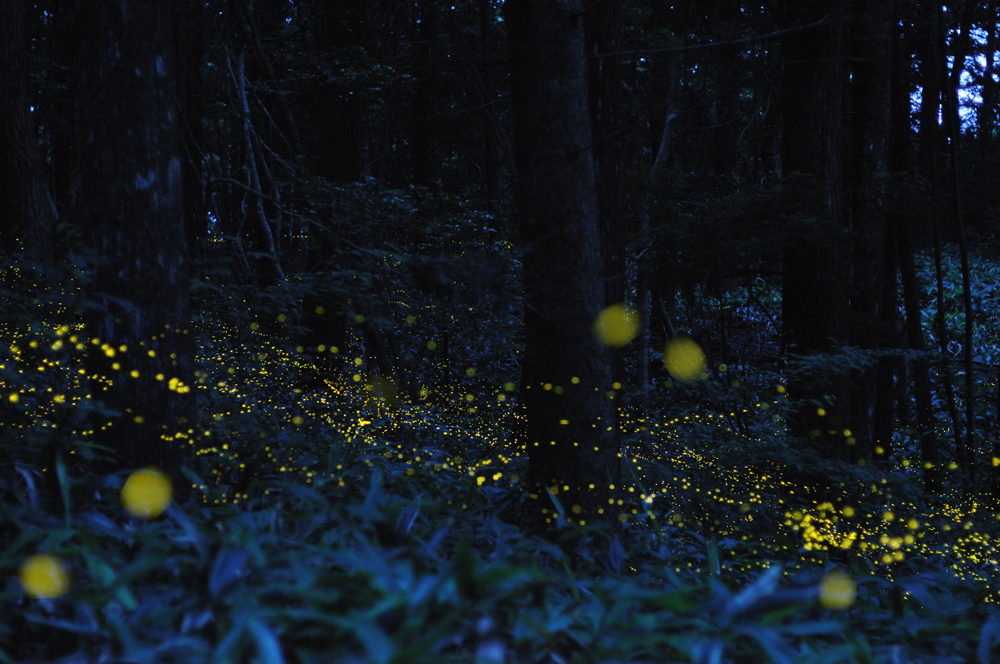