The whole Michael Avenatti/Stormy Daniels lawsuit is starting to smell supicious to me.

It’s not that I don’t think that Trump and Cohen and ${whoever} aren’t corrupt – I absolutely have no trouble believing that there’s corruption in the swamp that is the Trump cartel – but it doesn’t make any sense to me that Stormy Daniels and her expensive lawyer are going after Trump, and all these damaging facts about Trump keep emerging mysteriously. It’s as if Avenatti is being fed money and damaging information by someone. Granted, it’s great to see the Trumpists squirming and running like cockroaches from the light, but I don’t believe that there isn’t some strong political motive, push, and money behind it.

This is where I do begin to feel like a conspiracy theorist – I wonder if there’s a well-funded opposition Political Action Committee behind Avenatti and Daniels, who have an ulterior purpose of exposing the Trumpists’ financial operations to scrutiny through legal discovery. If I scroll back, it seems to be that the entire court case is about Trump saying “I did not have sex with that woman” and she’s suing him for defamation because he did. Not to say that that’s not a <sarcasm>great big huge deal</sarcasm> but it seems as though Trump made a sufficiently broad lie regarding a matter of fact and someone said, “let’s fund a lawsuit!” The symmetry between Trump’s hiring Bill Clinton’s accusers to attend events with him (what was up with that?) and the Stormy Daniels situation just seems too perfect. The US justice system has a long history of being used in the service of bloody-fisted politics for me to believe that this is not being sponsored by someone; the cast of characters is too perfect, the timing is too perfect, and the actual meat of the case is too tenuous. 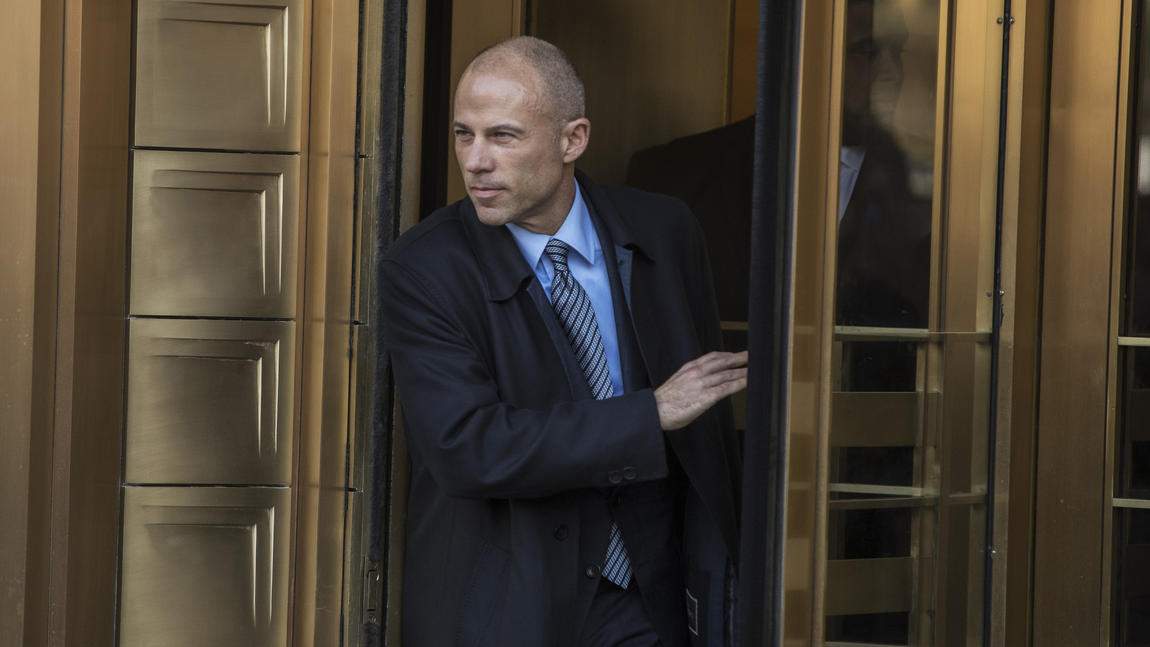 Sure he’s a weasel, but he’s our weasel. Assuming we know who “us” is.

We also need to remember that the “pee tape” report was a sponsored political “opposition research” – it just got judo-flipped and blew up wrong, and didn’t leave a mark on the Teflon Don. I don’t see why anyone expects anyone to care if Stormy Daniels has dick pix of Trump, or maybe a picture of him eating cheeseburgers in bed after sex; this seems like “oh, yeah? You shrugged off the story of the ‘pee tape’ so here are some dick pix.” When did it come about that I was supposed to care if Stormy Daniels has seen Donald Trump’s dick? That’s the problem: I’m supposed to care, but what I see is everyone involved rushing to debase themselves to score points against eachother. All that this wrangling does is makes me hate all of them, both “sides” and the lawyers and judicial system, a little more than I do already.

Trump’s comeuppance can’t come up soon enough, as far as I am concerned, but if this legal maneuvering is a sponsored political hit, it’s just another reminder that we’re living under an oligarchy, in which political power blocs use their vast wealth to bend everything to suit their convenience. I don’t like being reminded of things like that; I already know it’s true.