Racial segregation has probably done more to shape American cities than any other factor. The Guardian [guard] has a thoughtful and very deep article about the structural effects of inequality on some cities – including Baltimore, Maryland, where I grew up.

I was a kid, and I went everywhere on my bicycle. That did two things: it constrained where I went to the easy paths with smooth pavement, and it led me to take shortcuts off the path where motorists usually went. I’d fly through some parts of the city, taking the bridges over the railroad tracks and staying on the broad avenues where I was less likely to be hit by a car, but I had time to look down off the bridge into the neighborhoods that seemed strangely hard to get to; there were railroad tracks and fences and razor wire – I assumed to keep kids from playing on the tracks – but some neighborhoods were shabby and houses were burned out shells, brick skulls with their teeth knocked out. 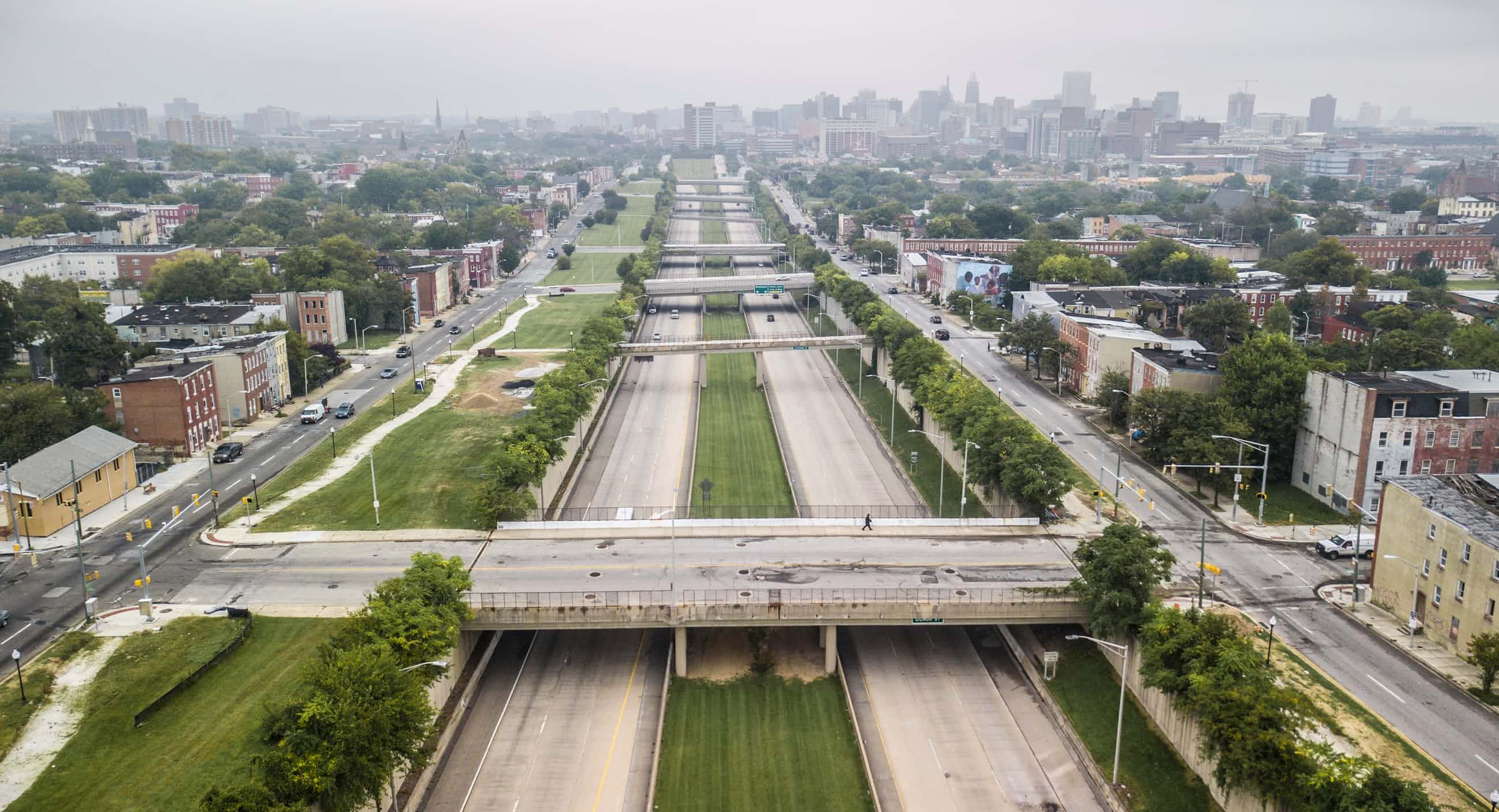 The roads with the overpass bridges seemed to make sense, but they didn’t make it easy to get anywhere except where the traffic was designed to flow. I assumed the neighborhoods were dying because of the economy; I didn’t understand that “the economy” also means that the mayor was giving prime real estate to developers – along with tax breaks – to attract high-spending suburbanites to zoom into the city for dinner, and turn around and go home. They really left nothing for the local economy because they didn’t stop at the shabby stores, which got shabbier and shabbier and finally closed. I understood none of this but I remember being sad when they shuttered the hat store where all the cool black men used to buy their hats. I thought it was just economics.

Please read the article at The Guardian, but don’t ruin your day – wait for a time when you can feel your blood boil, and feel like you want to cry at the same time. I’m not sure why The Guardian decided to write such a perceptive piece about America, right now, but it’s devastatingly clear.

West Oakland in California is a typical example of a redlined neighbourhood. Historically a working-class community of immigrants and African Americans, it stagnated after being redlined. By the 1950s and 60s, during the interstate building boom, West Oakland was in a prime position to be carved up and paved over: full of low-income housing, it offered little to no political opposition. A literal ring of concrete was poured around the neighbourhood, the precursors to today’s I-580, I-880 and I-980, and the result was decay, pollution and crime that characterised West Oakland for decades. But it was by no means alone. The process of routing roads through black communities was so common it even had a name among critics: “White roads through black bedrooms.”

If you have the stomach for it, when you’re done reading that, there’s another piece that butts up nicely alongside it. It’s Amy Goodman and the folks at Democracy Now! – and they’re writing about the redlining that is going on today. It’s still going on; the numbers don’t lie: it’s harder to get a loan if you’re black and you’re trying to buy a house in a nice white neighborhood. So simple, so toxic, such a subtle knife-wound using capitalist greed (“keep the property values up!”) in the service of a filthy agenda. [alternet]

The Reveal investigation found the redlining occurring across the country, including in Washington, D.C., Atlanta, Detroit, Philadelphia, St. Louis and San Antonio. We speak to Aaron Glantz, senior reporter at Reveal from The Center for Investigative Reporting, and Rachelle Faroul, a 33-year-old African-American woman who was rejected twice by lenders when she tried to buy a brick row house in Philadelphia, where Reveal found African Americans were 2.7 times as likely as whites to be denied a conventional mortgage.

It’s hard to separate the capitalist greed from the racism. I know: let’s just put the lot of them up against the walls they built.