This is sort of upsetting. I’d rather be able to have precog powers that let me pick stock prices, than this.

I wrote the below, at 9:00pm on wednesday night. This serves as an illustration of the difficulty of writing anything about the current Washington news cycle. So, as you read, please remember that this was literally “last night’s news.”

Back on Sept 24, I predicted [stderr] that the Trump administration would implement “The Emperor’s New Wall” option – the simple and cost-effective one, where you re-define what a “wall” is to be “that thing we have, that’s the wall.” Which, if what you have is open desert, is then a “wall.” A huge, beautiful wall!

If that’s too complicated, don’t burn any neurons out trying to make sense of it. I wrote: 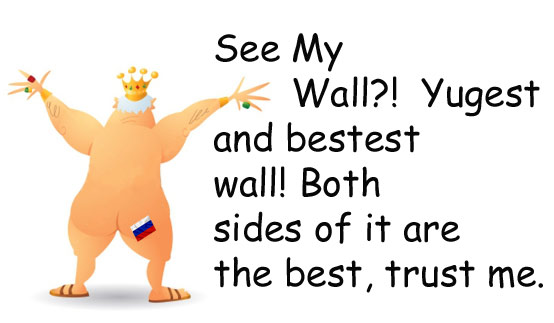 It’s The Emperor’s New Wall. He’s going to point at an empty piece of desert and say, “look at my amazing transparent wall! Hey, ‘Fake News Guy’ can you get the camera so the light’s reflecting off of it?”

The emperor’s new wall is going to be 100 feet high – but it’ll be invisible – that way the drug guys who are flying drones over it will fly into it and their drones will crash because they can’t see it.

Apparently Kelly has been “tempering” Trump’s attitude toward the wall. According to the NYT [nyt] Kelly has been saying that he has helped (my words) stop the president from being such an ignoramus. I suspect that the president is going to like that a whole lot when he reads about it. Oh, right, he doesn’t read. Kelly’s OK unless he decides to tweet “I am trying to manage the brat.”

The comments were an unusual instance of a White House chief of staff seeming to undercut public statements made by the president, in the process contradicting the central message of “Build the wall” that defined Mr. Trump’s presidential campaign. The president has recently begun to temper his own statements about the wall, telling a group of Republican and Democratic lawmakers at the White House last week that a 2,000-mile structure would not be needed because parts of the border would be impassible.

But in telling lawmakers that Mr. Trump had essentially erred from the start in promoting a wall and by claiming credit for dissuading him, Mr. Kelly appeared to be voicing a sentiment some in the West Wing have heard him express privately – that it is his job to tutor a sometimes ill-informed president who has never served in public office before.

I get it! Kelly is the guy in the story who sells the stupid king a gorgeous new invisible suit! A suit that Mexico pays for, because – he says – this money in my wallet came from Mexico at some point in time.

Now, I must find a way to put my dreadful powers to good use. Shall I tell you when someone is going to leak that Hope Hicks is Trump’s mistress? Nah. Too easy. Shall I tell you when bitcoin passes the $4,000 heading down? That’s trickier. Hm. I just tried to precog when they’re going to stop making Star Wars movies and came up with a “Not a number” error. Interesting.

Kelly’s going to get in trouble if he keeps telling people that he’s the adult on deck. A certain bratty little-fisted dictator doesn’t like that. 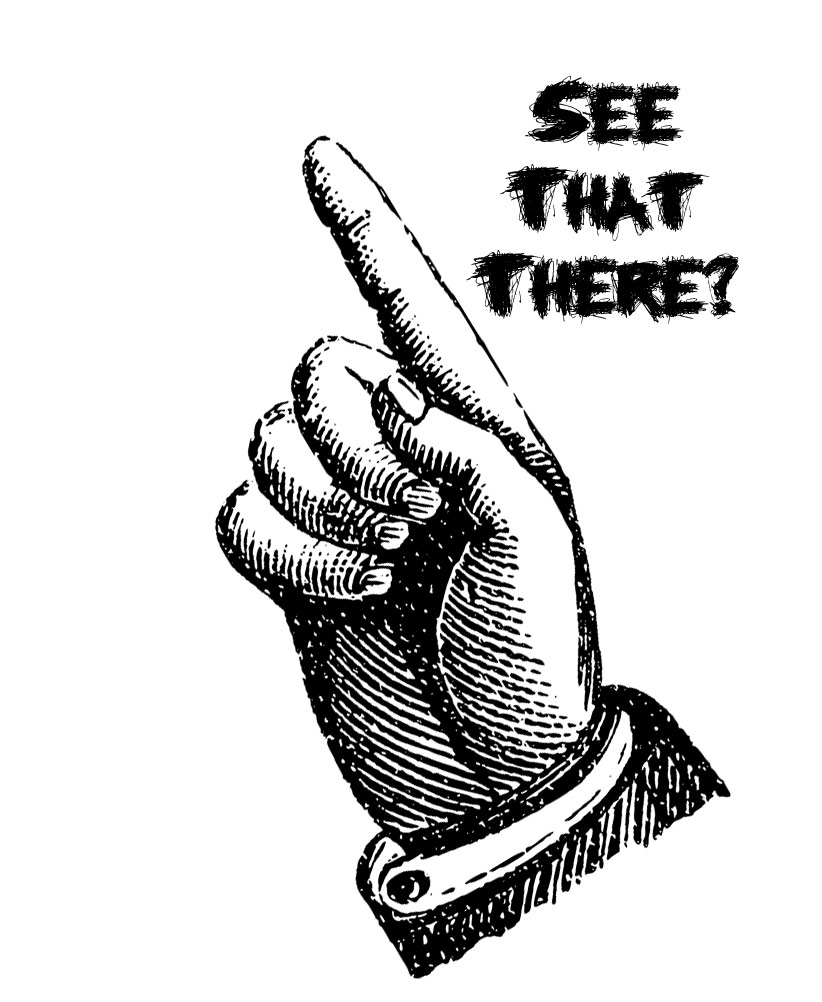 I wrote that “Kelly’s going to get in trouble if he keeps telling people that he’s the adult on deck.” bit last night and this morning the NYT says: [nyt]

WASHINGTON – President Trump directly contradicted his own chief of staff on Thursday and said his position on building a wall between the United States and Mexico had not “evolved.”

Being able to see the future is a terrible responsibility, isn’t it?

Or is it just the emperor and his advisor arguing about the fabric from which his new clothes are cut?