Today I offloaded a big bag of trash from the garbage can in the basement. Which meant that the can sat empty while I was over at the studio working on the electrical wiring.

When I went to put another bin-liner in the can, it smelled funny. So I looked. 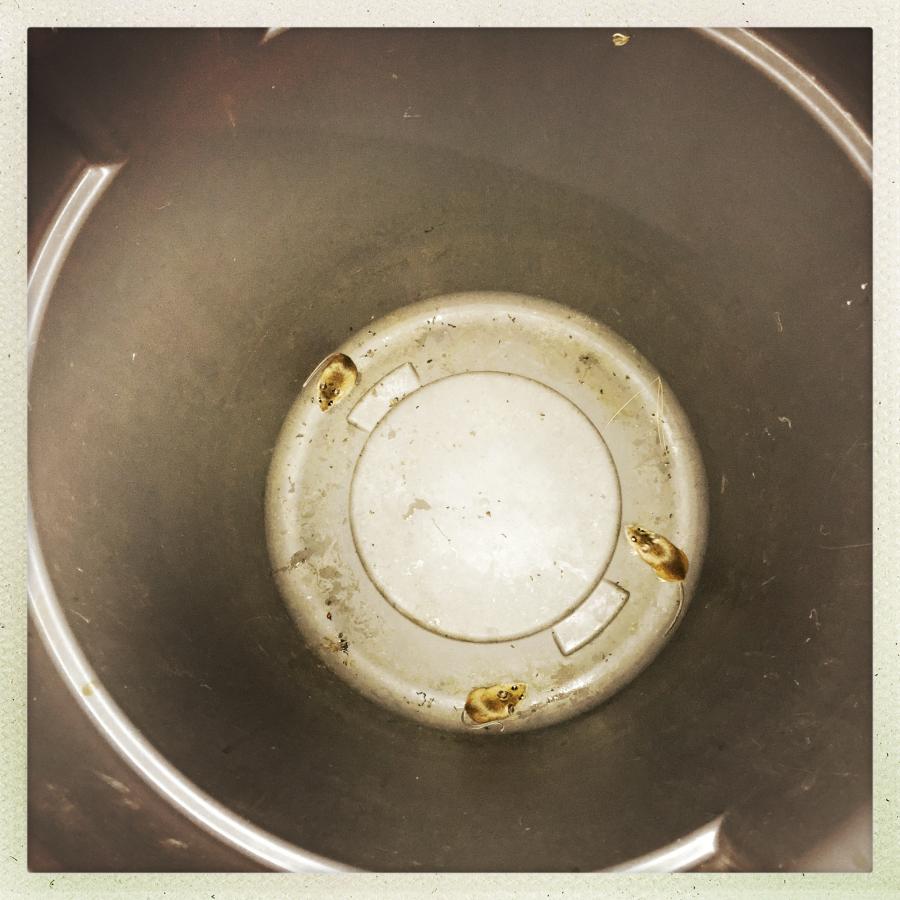 Arrgh! I’m too much of a softie to kill them, though I thought about it. What was I going to do, vaporise them with a rifle? Flush them down the toilet? Pour a capful of chloroform down there and let the gas settle? Skewer them with a katana? The chloroform would be the most merciful. But I can’t. They’re too cute, and I interpreted their great big eyes as imploring.

So, they got what Josey Wales calls “a Missouri boat-ride” – I drove them down to the church a couple miles away and let them go near the cornfield behind it.

Sigh there goes my evil nihilist cred. I’m going to have to exert myself guillotining cops when the revolution comes, to make up for it. 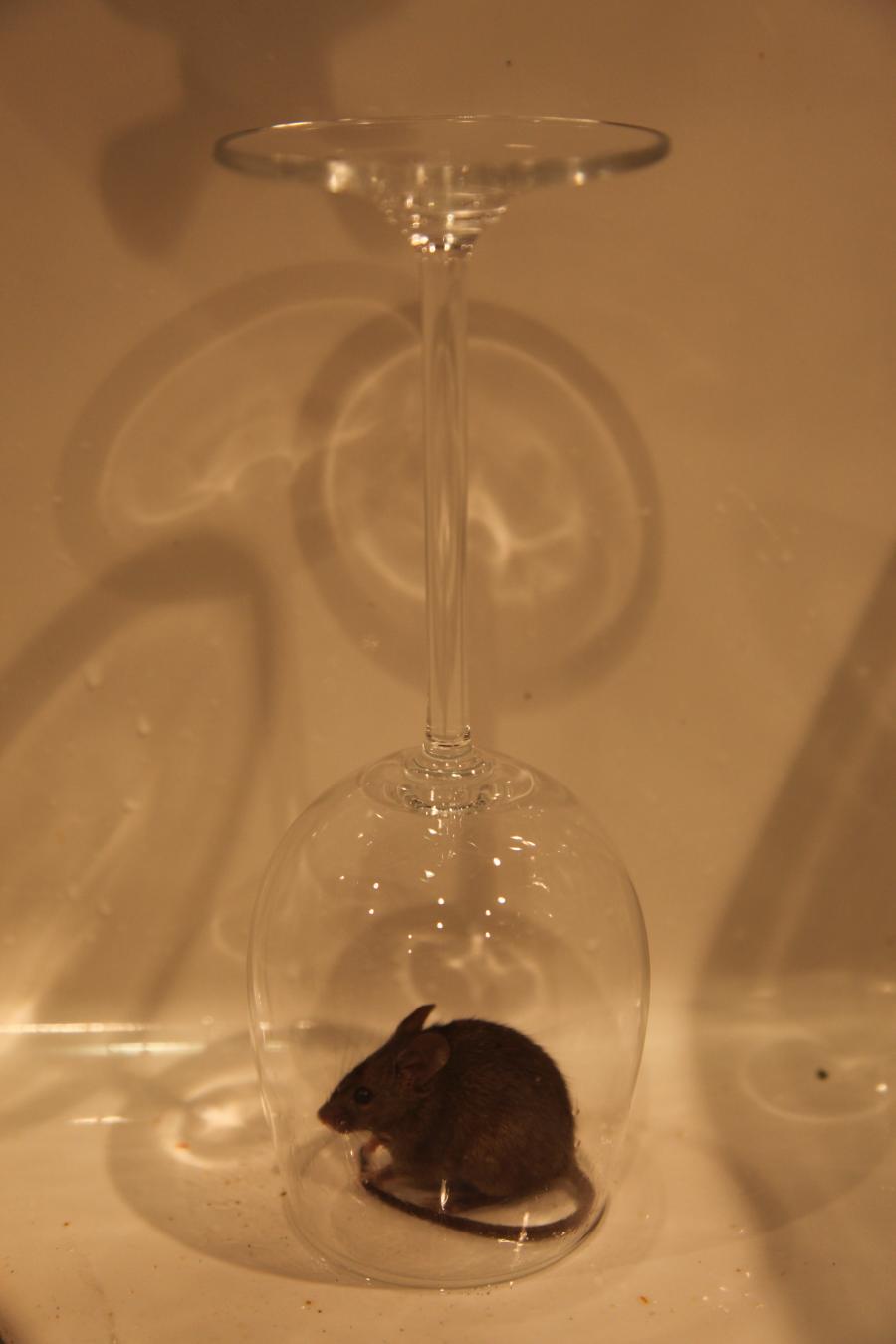 This low-level conflict has been going on for decades. This miscreant was in the sink back in 2008, and I forced it to pause for a portrait before I deported it.