I got this old thing from a fellow on craig’s list who was clearing out an old farm. 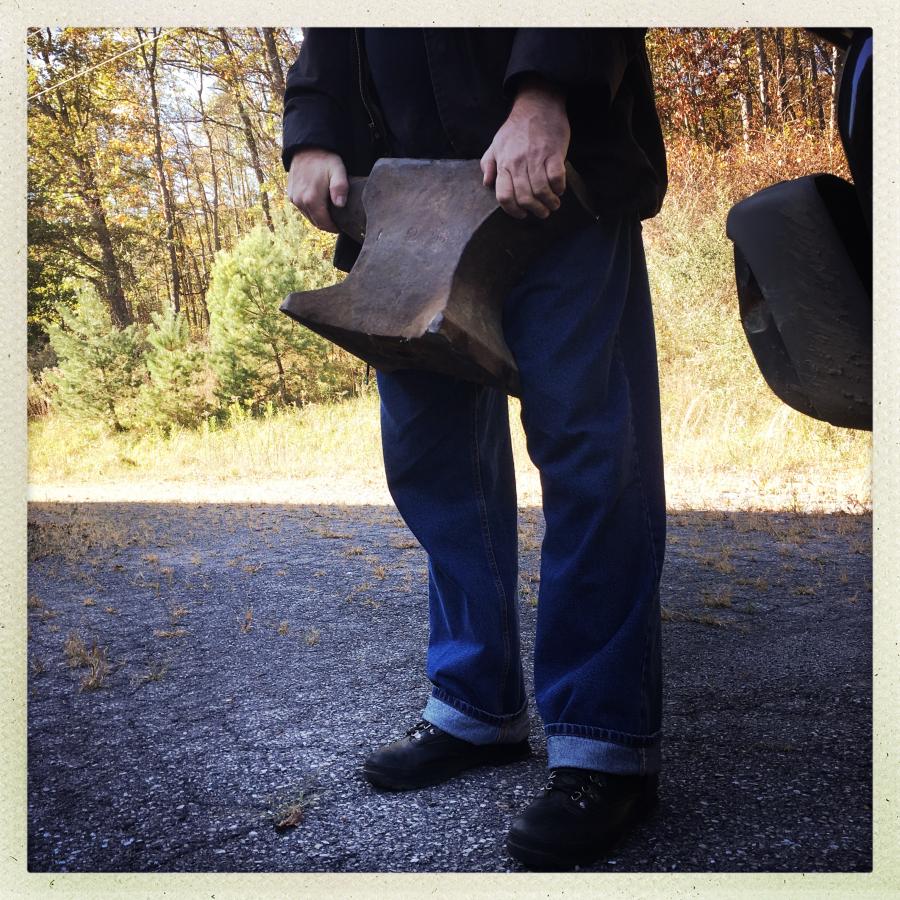 Feels like about 130lb. I didn’t take the time to mess around and hop on a scale, though.

Anvil facts I recently learned: they are assembled out of multiple pieces, some tempered and hardened, some not. I’m not sure how on earth one gets an entire anvil up to welding temperature, or how one quenches the face, but now I need to research how that was done. These old industrial-age processes fascinate me.

I am tempted to paint it back and call it “tactical” – who knows, tactical anvils could be all the rage! As used by Elite US Navy SEALS (whenever they need to sink something)

I just did a lot of driving between airports, collecting anvil, and flying to/from Chicago to do some video interviews about computer security stuff. In the process I managed to not sleep very much, so I’m going to get some rest tonight.

It’s Hard to Know But I Have Suspicions » « Tactical – “SHOULD MILITARY SUNGLASSES BE LEGALIZED?”