This has been making the rounds, but it’s cool, so why not? (largeish images after the break)

Parafoils are a pain in the neck to rig; you need a lot of supporting lines that are all at exactly the right tension. I much prefer flying something like a flexifoil. Although: this is just badass:

You gotta love the movement of the tentacles. That’s a nice piece of work. In that background, look, it’s a giant squid! 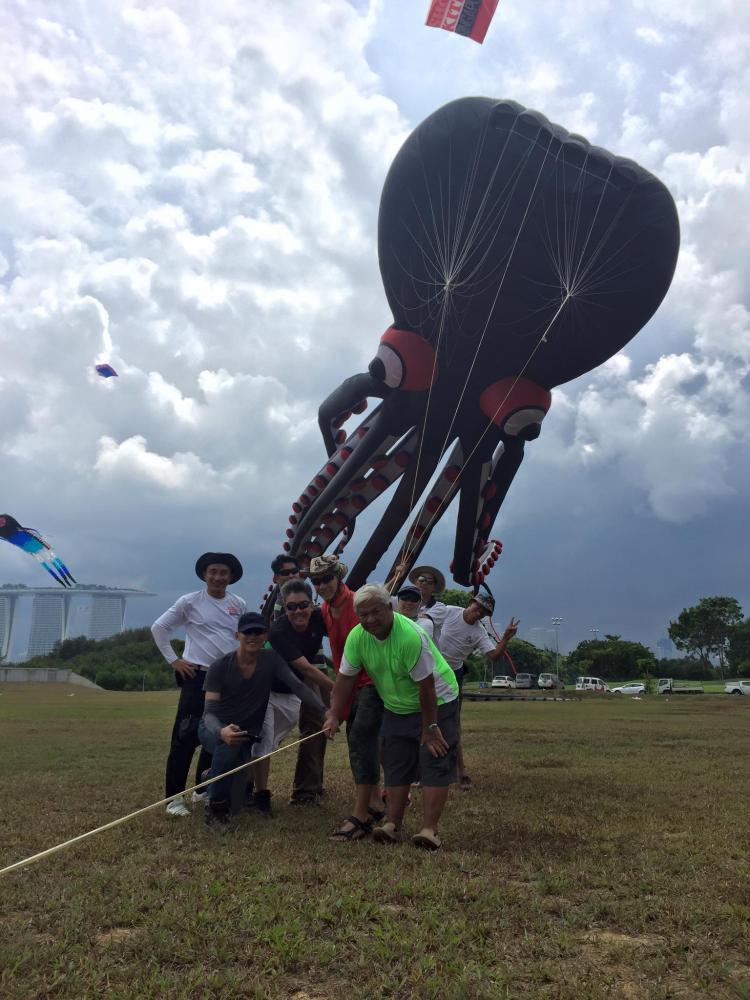 See what I mean about the rigging? It’s tricky. Parafoils deflate when there’s no wind on them and it’s pretty easy to get them tangled in their own rigging, in which case you’re in parafoil hell.

I originally found this on Odditymall via Facebook. Odditymall [odm] has a link to “buy it” that points to a bunch of beginner kites that are nothing near as glorious (or hard to rig and fly) as this one. Be forewarned.