This is not the first time, nor probably the last, that I will take you to visit the words of Étienne De Boétie. In 1549, De Boétie wrote one of the great essays in political philosophy[text] – a self-admittedly meandering piece that pondered the question why people follow dictators.

As I was reading through the various internet fallout from the Trump administration’s ridiculous border-closing exercise, I couldn’t help but come back to De Boétie when I read about how customs/border patrol(CBP) acted immediately to obey orders, like good authoritarian followers are wont to do, but then dragged their feet when ordered to stop – by a federal judge, no less. 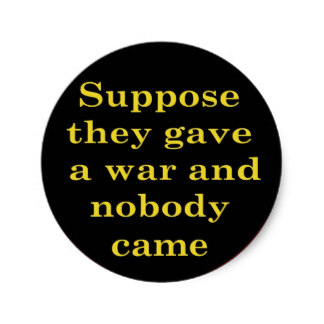 In other words, the authoritarian followers had a moment of truth: who do they follow? Do they follow the state (speaking through the federal judge) or the ruler (acting through a presidential directive). What’s interesting to me is that they apparently acted with some unity: there was no incident where CBP simply let people through and ignored the order. Indeed, there have been no incidents – yet – where someone decides to simply take it upon their own authority to start issuing and approving green cards. That would be entirely possible, to a smallish number of collaborators.

“Resolve to serve no more, and you are at once freed. I do not ask that you place hands upon the tyrant to topple him over, but simply that you support him no longer; then you will behold him, like a great Colossus whose pedestal has been pulled away, fall of his own weight and break in pieces.”

In the words of the 60’s philosophers: “What if they gave a war and nobody came.” The CBP employees were forced to make a choice – but most of them unknowingly passed the moment and tacitly became part of the mainstream of oppression. Of course, being a CBP staffer is going to be a job that attracts authoritarian followers. De Boétie was hundreds of years ahead of Altemeyer[1] when he asked, in so many words, “What is wrong with those people?!”

If in distributing her gifts nature has favored some more than others with respect to body or spirit, she has nevertheless not planned to place us within this world as if it were a field of battle and has not endowed the stronger or the cleverer in order that they may act like armed brigands in a forest and attack the weaker. One should rather conclude that in distributing larger shares to some and smaller shares to others, nature has intended to give occasion for brotherly love to become manifest, some of us having the strength to give help to others who are in need of it.

Hence, since this kind mother has given us the whole world as a dwelling place, has lodged us in the same house, has fashioned us according to the same model so that in beholding one another we might almost recognize ourselves; since she has bestowed upon us all the great gift of voice and speech for fraternal relationship, thus achieving by the common and mutual statement of our thoughts a communion of our wills; and since she has tried in every way to narrow and tighten the bond of our union and kinship; since she has revealed in every possible manner her intention, not so much to associate us as to make us one organic whole, there can be no further doubt that we are all naturally free, inasmuch as we are all comrades. Accordingly it should not enter the mind of anyone that nature has placed some of us in slavery, since she has actually created us all in one likeness.

The loving husband or wife who works for CBP, had to look at other people’s loving husbands and wives in the face, and slam the door.

And why, and for what?

Five or six have always had access to his ear, and have either gone to him of their own accord, or else have been summoned by him, to be accomplices in his cruelties, companions in his pleasures, panders to his lusts, and sharers in his plunders. These six manage their chief so successfully that he comes to be held accountable not only for his own misdeeds but even for theirs. 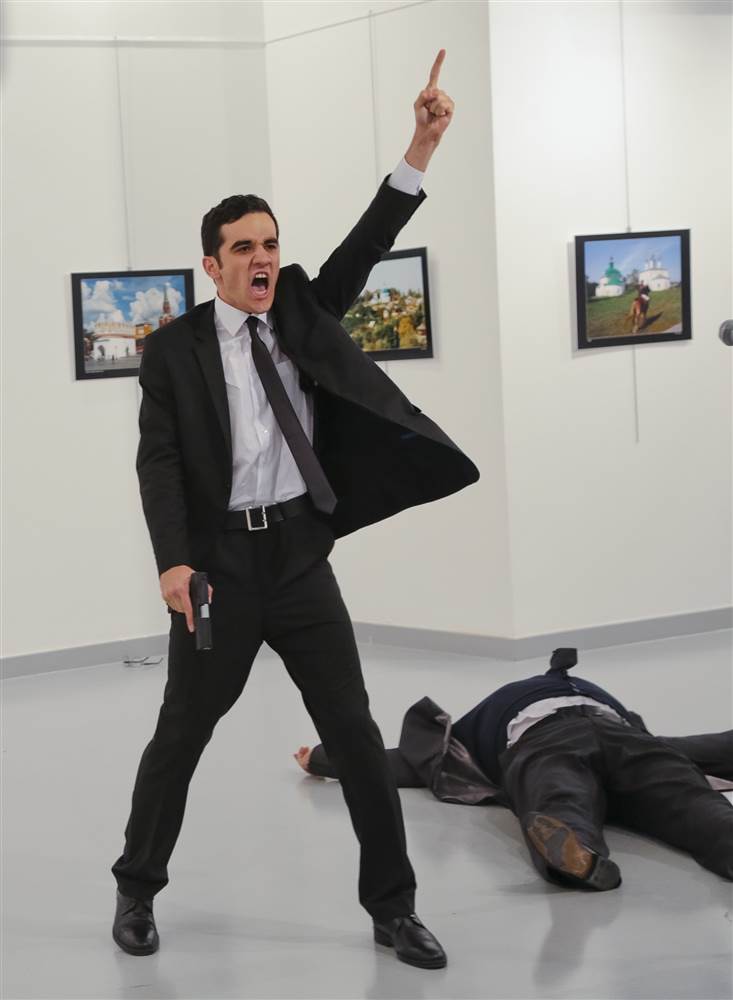 De Boétie asks, obliquely, why it is that the bodyguards of the despot don’t simply rid history of the odious person, as they could easily do.

A certain amount of it is simply the desire for people to do something they find worthwhile, and to be left alone to do it well. The Secret Service guards that protect a despot are not protecting the despot because they care passionately for the individual; it is their own self-perception and desire for excellence that keeps them in servitude.

De Boétie has been considered by some to be a proponent of revolution. I think not – he was a proponent of getting people to ask themselves “why am I doing this?” which is far more revolutionary than yelling “Aux Barricades!”

De Boétie holds a special place for me, because he was the first philosopher I encountered who answered the problem that plagues anarchists: “how do you prevent the cascade into chaos and dictatorship, once government is removed?” Anarchists have historically gotten a bad rap in the US because some of them committed the unforgivable crime: they tried to kill some rich people. We can’t have that. De Boétie’s answer is simple and obvious: just walk away.

I think all the protests and such are very good, but the time is soon upon us when we will need to do more. Not violence – not yet – but the US could use a general strike or two: a work stoppage and monkey-wrenching. I’ve heard some women mention the Lysistrata Option [2] which would be the one thing that would probably make the alt-right fascisti’s heads explode. Personally, I favor an organic program of monkey-wrenching and leaking – especially leaking – that I call “cyberinsurgency”  We’re not quite there, yet. Maybe soon.

In line with De Boétie’s argument, I am currently daydreaming around the idea of simply announcing that I plan to pay no taxes for the remainder of Trump’s term(s) in office. Why should I? The popular vote didn’t count, and besides, I’m just following the lead of the Not-Payer In Chief. Of course, per De Boétie, if one person does that: they go to jail. If a million people do it: then it’s a serious problem. It’s one way to cancel the F-35 program, for sure. There’s no need to run Aux Barricades! when you can run on the bank.

All quoted sections in this posting are from De Boétie. I’m trying to clean up my annotations and make things a bit more visually simple. Feedback is always welcome.

PS – I am declaring today Sunday, so this can be a “Sunday Sermon” posting.