One of the side effects of working with lots of solvents and paint and similar stuff is: lizard skin.

And there’s really only one good way to fix lizard skin, namely, glue it back together with some nice soft gooey oils, and let newer skin grow out without drying out or being abraded. This is a pair of recipes for two lotions. Links for ingredients are at the bottom.

First thing you should know about lotions: most of the ones you buy are primarily water. The cosmetics industry is very happy to sell you a large bottle of water with a bit of beeswax and some olive oil emulsified into it. What happens, however, is that when you package oils (nutrients!) and water (home!) it becomes a little science experiment for fungi and bacteria. So, you’ve got two options: 1) add germaben, which is a broad-spectrum anti-fungal anti-bacterial that is widely used in the cosmetics industry  2) make your lotion without water. I usually make my lotions out of pure oils and add scent and sometimes alcohol (bay rum is really nice) – the alcohol also does its little bit to make the results unpalateable for bacteria and fungi.

Another trick you can use is to buy a pound of dead sea salt (or some other kind of fancy salt) and put a bunch of salt into it (about 1/10 to 1/5 by volume) most of the things you don’t want living on you don’t like living in salt, so that’s why salt scrubs are “healthy”)

You’ll also need containers and a microwave or double boiler, and some essential oils. That’s it. 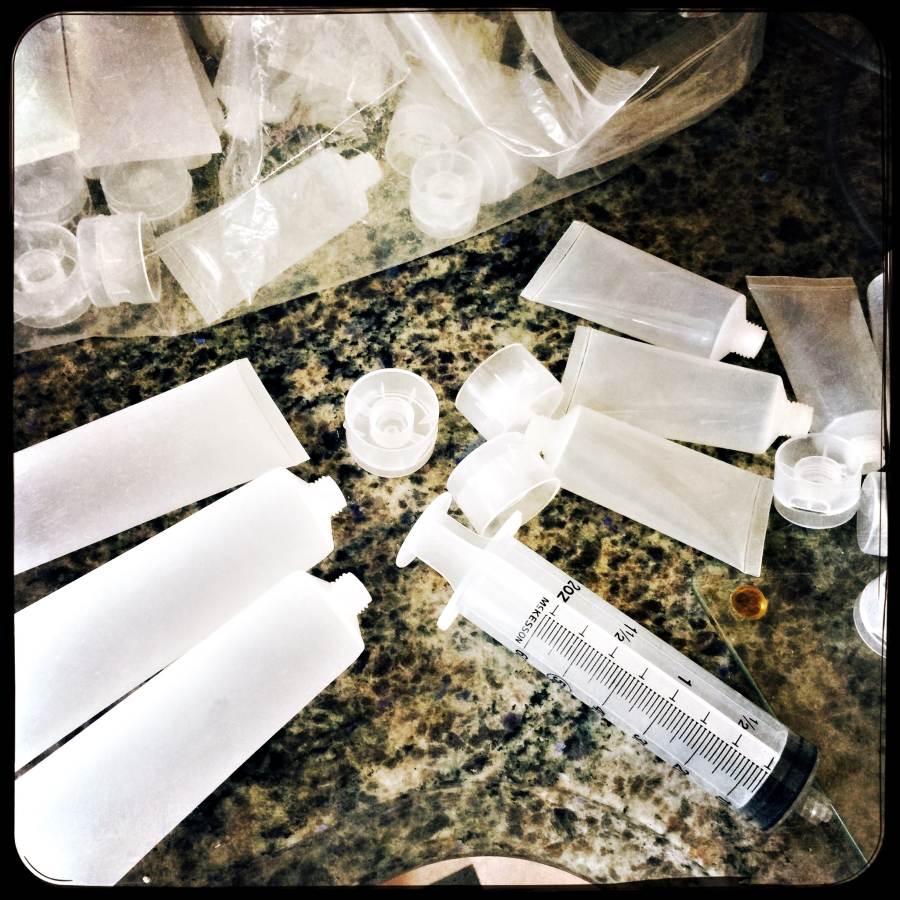 I get empty cosmetic tubes on ebay, from China

The syringe is for filling the tubes. OK, the rest of this is ridiculously simple. You want to melt about 250g of cocoa butter, add about 100g of almond oil, dump in whatever other scents you want, fill the tubes, and let it congeal. 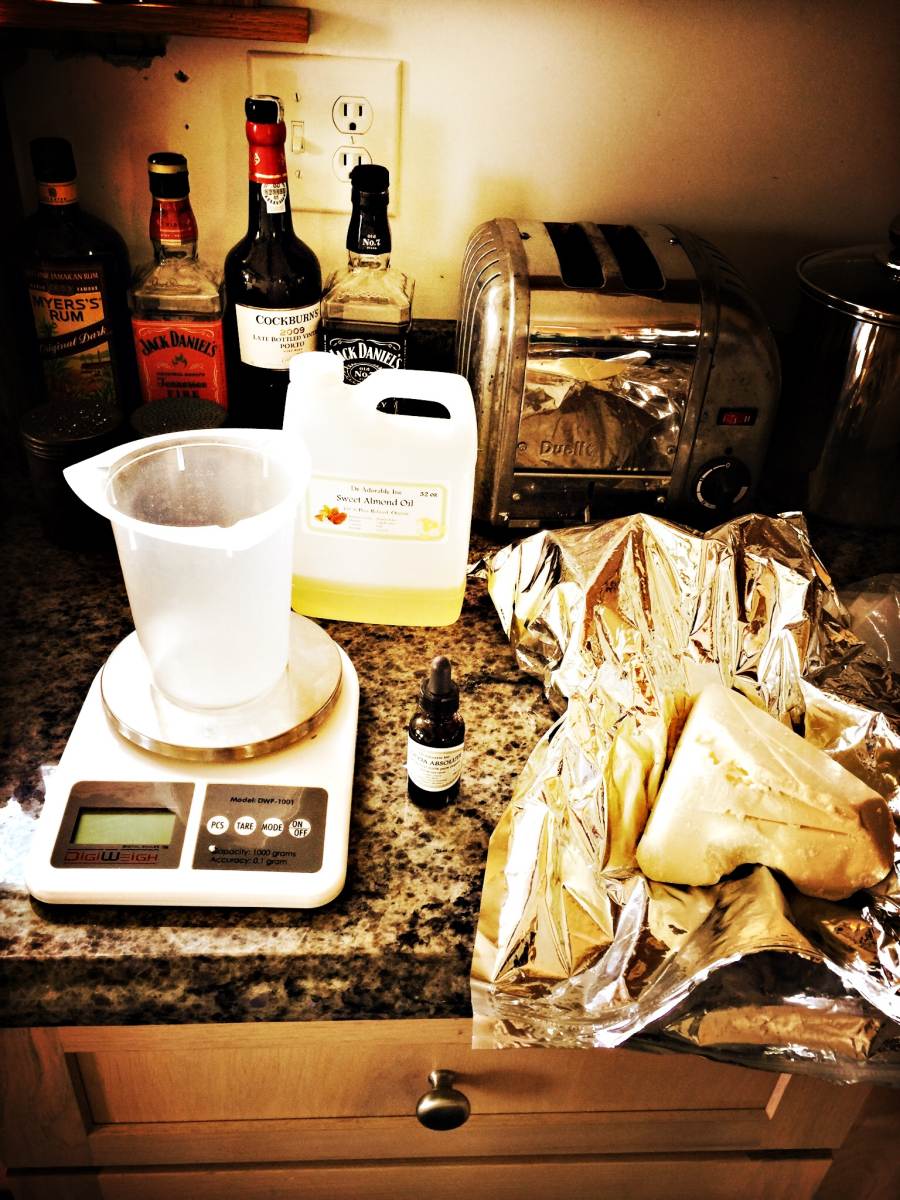 after you’ve done this once you won’t even measure

If you look on ebay or amazon you can buy Theobroma/Cocoa absolute – that’s, basically, extract of chocolate smell. It’s nutso cool stuff but it’s not cheap because extracting the smell involves destroying a lot of cocoa bean. I usually add a couple drops of theobroma absolute and a snorfle of Massey’s bourbon vanilla. It is a true fact that chocolate and vanilla were made to go together.

Melt it in a microwave, whomp it all up with a whisk and suck it in with the syringe, then fill some tubes!! 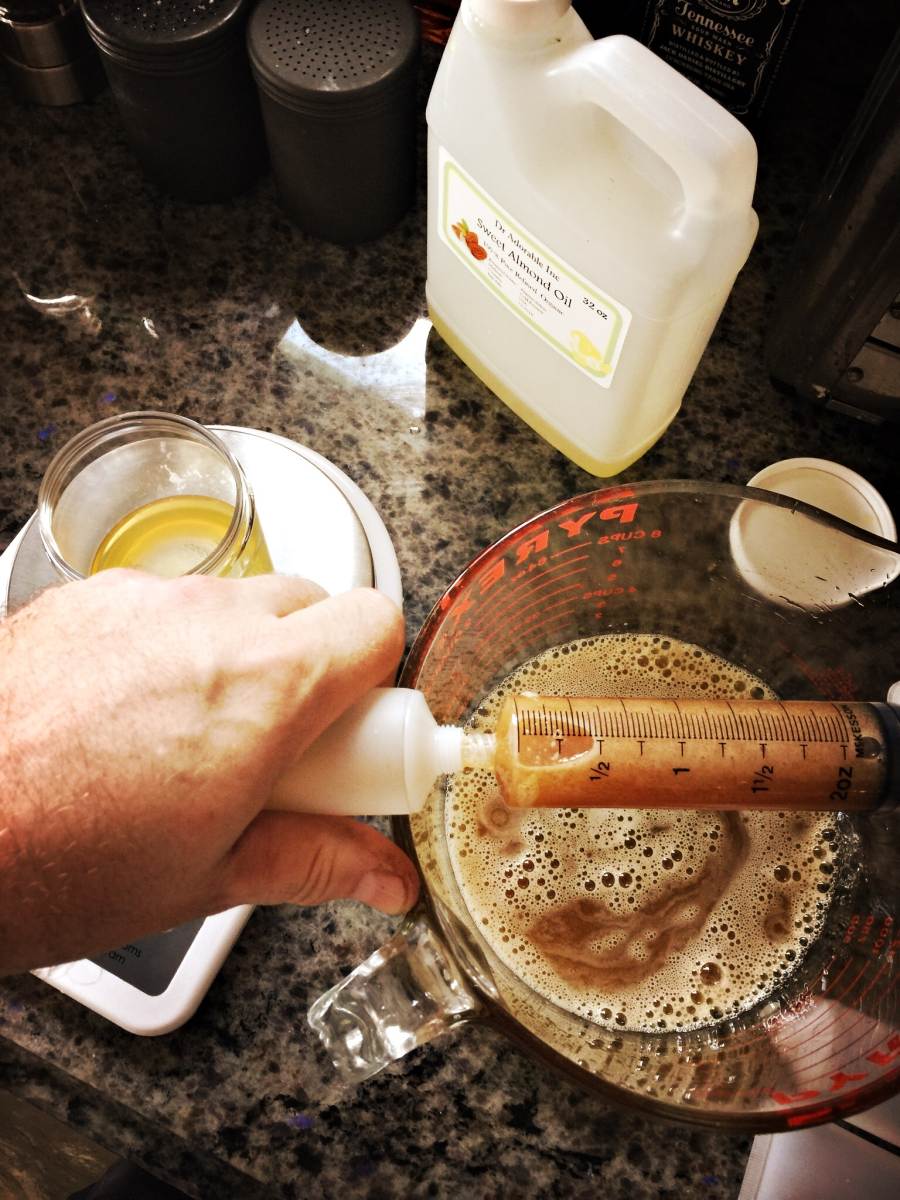 It takes the tube and fills it

Here’s where it gets a bit tricky: cocoa butter loves to solidify and doesn’t really do much of a “gooey” stage. The almond oil keeps it a bit softer but it’ll still lock up on you; all you have to do is keep it in a pocket and the heat of your body will make it the perfect amount of gooey. Or you could use half shea butter and half cocoa butter. Shea butter doesn’t set up except when it’s around 75F.

So, that’s the recipe with cocoa butter and theobroma and almond oil. The result smells like chocolate butter. I usually keep a tube in the shower and work it in before a final rinse-off. 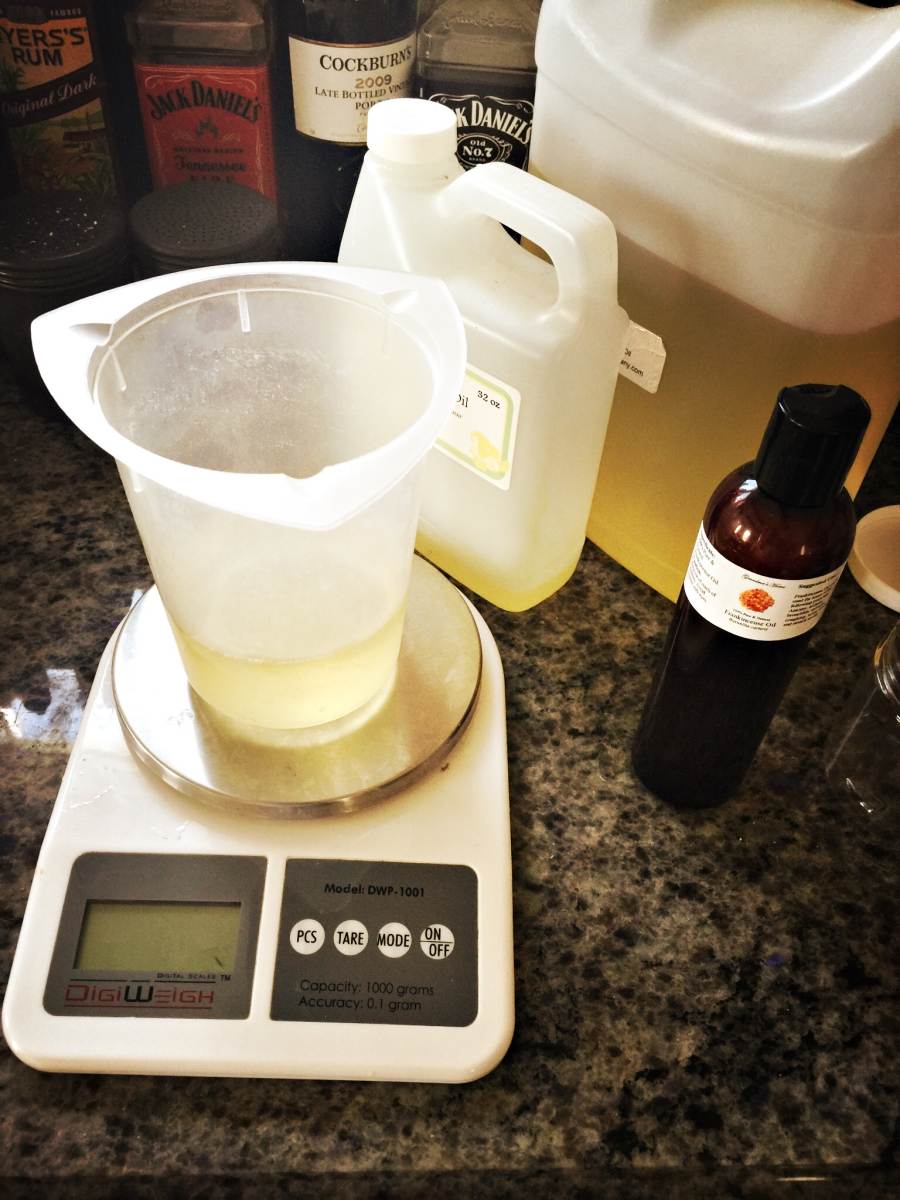 When you’re all done a bit of soapy water will clean the tubes right up! 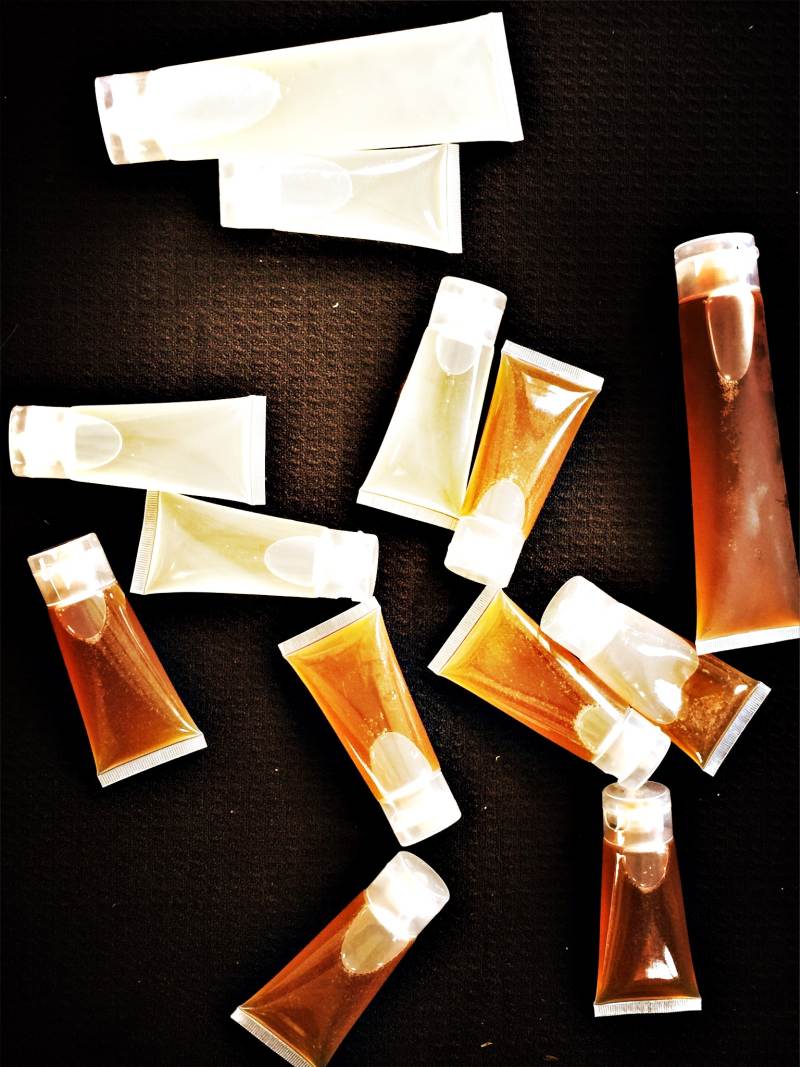 tubes of lotion, not yet cooled

Coconut Oil (1qt, the Essential Depot stuff is very good. If you want giant tubs of oils go directly to their site)

I have a bunch of sampler sizes of the two lotions described in this post. If you’d like some, contact me and I’ll make it happen. This stuff is ridiculously easy to make and the plastic tubes are the expensive part – and they cost about $.25. If you like it, I can whip you up a batch, no problem. I like having an excuse to go into the lab!

(I owe one of you some incense;  I have not forgotten. I’ve been away from home more than home, living out of a suitcase, and I can’t make stuff when I’m travelling. Sometime around mid-November my life gets a bit sedate again.)