Today is June 19th, the day known as ‘Juneteenth’, the anniversary of the day when the news of the emancipation of slaves finally reached Texas in 1865. Although Abraham Lincoln signed the Emancipation Proclamation on January 1, 1863, enforcement of it in the secessionist states had to await the arrival of the Union army and Texas was the most remote part of the Confederacy. It was declared a federal holiday last year and tomorrow will be the first time the holiday will be celebrated as a national holiday though it has long been celebrated in the African-American community.

Today is also Father’s Day, one of the many ‘special’ days that the retail industry in the US loves to publicize and that are used to drive shopping. Naturally I ignore it.

My own father died over four decades ago. He was a wonderful man, kind and generous and always willing to do anything for his children. We had a great relationship but it was not manifested in long conversations or gift giving. Father’s Day was not a thing in Sri Lanka but if it were and if my father and I did talk on the phone, the conversation would be pretty much like the one below. 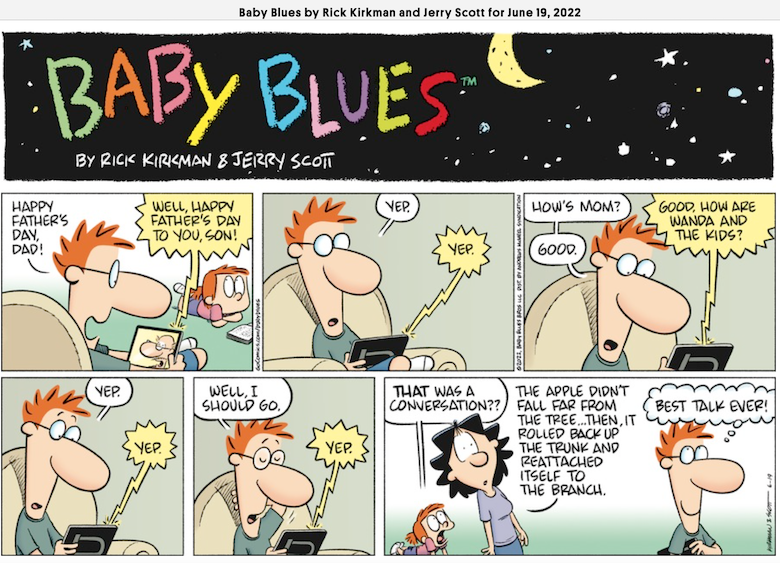