There is something quite irresistible about the Nextdoor app that is meant to be used by people living in a small community to exchange information, seek assistance, provide alerts, and the like. But like all social media, what starts off as a simple post often leads to the discussion going off the rails, with tangents, non sequiturs, pedantic and nitpicking comments, jumping to conclusions, casting aspersions, ascribing unpleasant motives, and sometimes even name calling.

In this clip, actors play out an actual thread where all those elements are visible.

END_OF_DOCUMENT_TOKEN_TO_BE_REPLACED

When Madison Cawthorn was elected to Congress from North Carolina for the first time in 2020 at the age of 26, he was hailed as a future leader of the Republican party. But during his first term he has been involved in all manner of things that have generated negative publicity.

Those included intra-party blowback over his cocaine-orgy podcast comments, twice carrying a firearm while going through airport security, driving with a revoked license, and the various news reports featuring sexually-suggestive photos and videos of Cawthorn.

If the party leaders thought that they had got rid of a troublesome nuisance and that Cawthorn would simply go away, they were mistaken. He seems to be hopping mad at what he sees as a betrayal by the party and is vowing vengeance on those whom he feels stabbed him in the back, saying that he is going to unleash the ‘Dark MAGA’ on them.
END_OF_DOCUMENT_TOKEN_TO_BE_REPLACED

One of the things that was a big selling point of cryptocurrency was that it was supported by blockchain technology which supposedly meant that all the transactions were transparent and publicly available. I had thought that this would mean that frauds would be difficult to pull off since there is supposed to be a digital trail of all transactions that can be checked by anyone. That shows just how much I know and why I should never go anywhere near these things because as John Cassidy writes, recently there have been a spate of scams involving cryptocurrencies.
END_OF_DOCUMENT_TOKEN_TO_BE_REPLACED 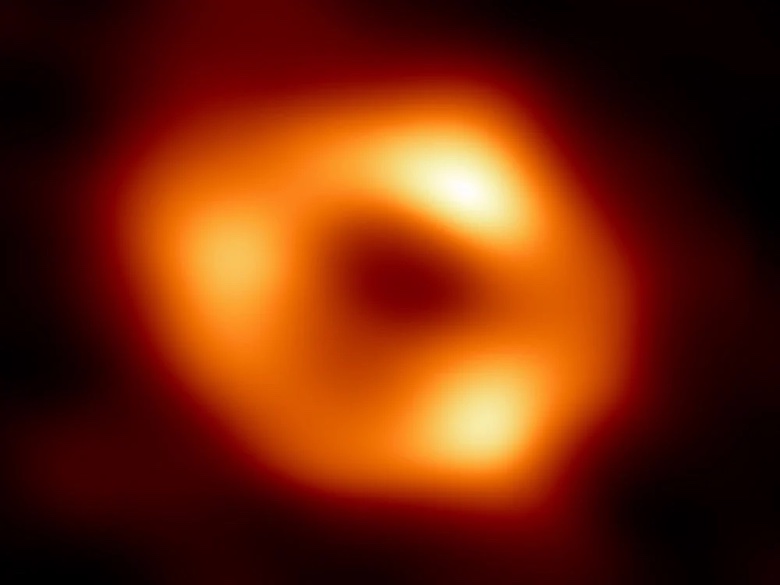 This image was published just this past week and revealed at a press conference.
END_OF_DOCUMENT_TOKEN_TO_BE_REPLACED

I have mentioned before how many negative trends that I observed in Sri Lanka over the decades, I now see playing out in the US. The mass killing in Buffalo illustrates one such situation that is rife for bigotry and that is when the majority community in a nation sees itself as under threat from the minority. This is because feeling threatened engenders a sense of grievance and a need to strike back in self-preservation while at the same time, being in the majority means that they have all the power and the means to attack members of the minority.

In Sri Lanka, politicians have long been able to whip up animosity against minority groups by saying that the majority Sinhala Buddhists were in danger of being eliminated. The fact that they constituted about 70% of the population and that this was highly unlikely to happen on simple statistical grounds did not prevent such fears from seizing the imagination of some people in the majority and we saw periodic acts of violence against the minorities. The targets varied over time suchas the minority Tamils who made up just about 20% of the population. But the chauvinists pointed to the fact that the south Indian state of Tamil Nadu shared ethnic features with Sri Lankan Tamils and thus, taken together, they constituted the larger group that, in their fevered imagination, would one day take over the country and suppress the Sinhala Buddhists. More recently, fears have been raised about Muslims, who make up just about 5% of the population, arguing that their relatively high birth rates were part of a long-term devious plot to become the majority. That both of these claims have not a shred of evidence in support and were preposterous purely on demographic grounds was dismissed.
END_OF_DOCUMENT_TOKEN_TO_BE_REPLACED

On the surface, one contest for the Republican party nomination for a US Senate seat reveals a surprising level of diversity among the top three candidates who are closely tied in the polls. While one is the standard-issue rich white man (a former hedge fund CEO), the other two consist of a Muslim child of immigrants and a Black woman. The contest is taking place in Pennsylvania and the CEO is David McCormick, the Muslim child of immigrants is TV personality Mehmet Oz, and the Black woman is Kathy Barnette. Donald Trump has endorsed Oz because he is impressed by his success as a TV personality and for Trump that is a huge factor. Once you look past those differences, what you see is a very depressing image of the party because all three candidates are awful.

The Republican party is now the party of the Trump MAGA (Make America Great Again) cult that emphasizes, among other things, xenophobia, racism, and Islamophobia. The question in this race is whether there is such a thing as being too MAGA for Republican voters. While all three are MAGA in some form, they can be distinguished as ‘not quite MAGA enough’ (McCormick), ‘MAGA acceptable’ (Oz), and ‘too MAGA’ (Barnette), with Donald Trump playing the role of Goldilocks and choosing Oz as having just the right level of MAGAness.
END_OF_DOCUMENT_TOKEN_TO_BE_REPLACED

What can I say? This is my kind of humor. 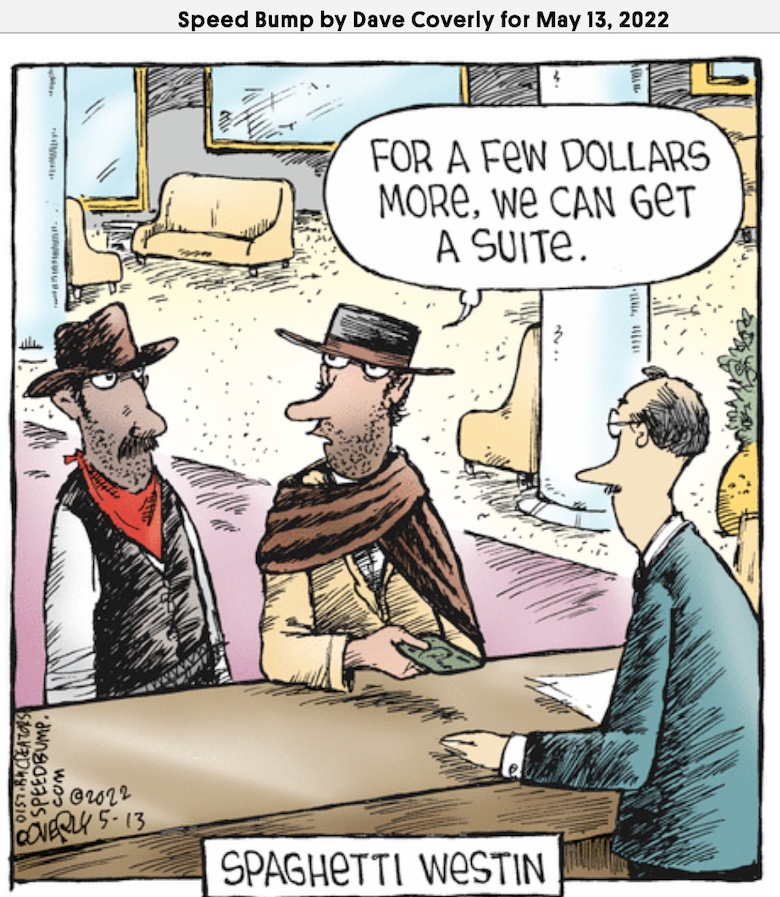 We now have yet another mass shooting.

A teenage gunman in military-style clothing opened fire with a rifle at a New York supermarket in what authorities called a “hate crime and racially motived violent extremism”, killing 10 people and wounding three others before surrendering to police on Saturday afternoon, authorities said.

Police officials said the 18-year-old gunman, who is white, was wearing body armor and military-style clothing when he pulled up and opened fire at people at a Tops Friendly Market about 2.30pm, with the shooting streamed via a camera affixed to the man’s helmet.
END_OF_DOCUMENT_TOKEN_TO_BE_REPLACED

In developed countries where many people have an abundance of food and the luxury of choice, there also tends to be some level of anxiety about eating ‘correctly’, with people being bombarded with conflicting advice about what is good and what is bad for you. For those who do like to be better informed about this, this article explores some of the myths and summarizes the research on various foods that have been either praised or demonized: coffee, alternative milks, red wine, red meat, and carbohydrates. The article goes into some detail on the research on each but I will excerpt just some of the stuff on coffee, one of the demonized items.

“I’m surprised that people still think coffee is bad for them,” says Dr Astrid Nehlig, research director of the French medical research institute, Inserm, and one of the world’s leading researchers into coffee, health and brain function.
END_OF_DOCUMENT_TOKEN_TO_BE_REPLACED

This video shows the capture of an alligator roaming in the driveway of a home in South Carolina. [I’ve updated the video to one that shows more of how they did it.]

I am assuming that the two women who did this are professionals who work for the animal control department who know what what they are doing and that this is their preferred method. But wrestling and pinning an alligator seems highly dangerous to me, more so than using a trash can the way that a Florida man did.