There has been much speculation about whether Trump will accept the results of the election if he loses, speculation that has been deliberately fueled by Trump himself. As I have said before, this is just bluster, designed to sow fear and chaos. Joe Biden was right to dismiss that possibility in the debate. If Trump loses, he has to leave office because the only way he can continue is by a military coup and there is no way that the military is going to be part of that scheme. He may hope that the US Supreme Court will declare him the victor but that option is also a highly remote one unless the results are hair-splittingly close. 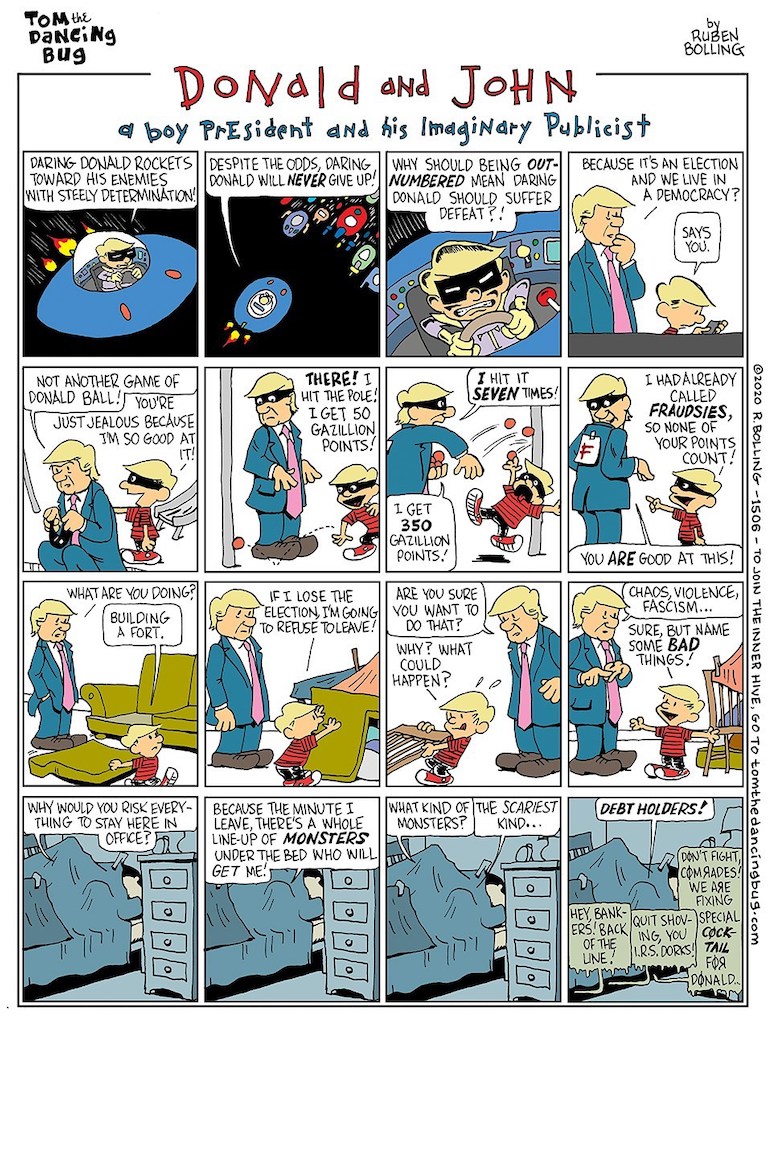 Tom the Dancing Bug 1506 donald and john – transfer of power