You may remember the case of a driver who used a van to plow into pedestrians on a busy street in Toronto on April 2018 and killed 10 and injured 16. A judge has lifted a publication ban on a four-hour interview that he gave after being arrested, where he says that he was inspired to start a revolution by online videos made by so-called ‘incels’, the term that involuntary celibates give themselves.

The attack traumatized Canada’s largest city, and cast a spotlight on the so-called “incel” online subculture of men united by sexual frustration and a hatred of women.
…

In a nearly four-hour interview after his arrest, Minassian told police officers that he was virgin who had never had a girlfriend, admitted to using the van as a weapon and said he wanted to inspire more attacks.

Asked how he felt about the death of 10 people, he replied: “I feel like I accomplished my mission.”
END_OF_DOCUMENT_TOKEN_TO_BE_REPLACED

One of the things that happen when there is a chance of progressives achieving positions that have at least some significant power is that the curtain that hides oligarchic control of the political system gets pulled back a bit and we get to see how the system really works. While Bernie Sanders gave Hillary Clinton a spirited challenge in 2016, she was never in any real danger of not getting the nomination, especially since in that race the primary rules with its super-delegates weighted the result heavily in her favor. Hence the big money interests in the Democratic party had nothing to fear from either her or Donald Trump becoming president because they win either way. So many Wall Street executives could contribute to the Democrats because they tend to not be right-wing bigots on social issues.
END_OF_DOCUMENT_TOKEN_TO_BE_REPLACED

Anyone who hangs round children will have heard of Raffi, the singer of songs that have a great appeal for the little ones. My personal favorite is Baby Beluga.

Inspired by the activism of young people around the world like Greta Thunberg, he has come out with a new song about climate change called Young People Marching.
END_OF_DOCUMENT_TOKEN_TO_BE_REPLACED

I had the idea that the whistleblower complaint filed by the unidentified intelligence official who had concerns about the deal that Donald Trump was negotiating with Ukrainian president Volodymyr Zelensky was of a general nature, expressing misgivings about a single phone call. But the complaint itself that was filed with the inspector general has been released and it is very detailed and covers events over a period of time and involves multiple sources expressing concerns. It contains even more damaging information than the quasi-transcript of the phone call between Trump and Zelensky. It describes a concerted pattern of pressure applied to Zelensky even before he was sworn into office.
END_OF_DOCUMENT_TOKEN_TO_BE_REPLACED

The British prime minister Boris Johnson lost yet another major vote in parliament today when it voted 306-289 against a government motion to suspend parliament so that the Conservative party could hold their annual conference as scheduled from September 29 through October 3. This is the seventh consecutive vote he has lost and he has not won a single one, an astonishing record because in the British parliamentary system, the government almost never loses a vote. Add to that the strong rebuke that the UK Supreme Court handed to him two days ago and you can label him a major loser.
END_OF_DOCUMENT_TOKEN_TO_BE_REPLACED

Now that we have the notes of the conversation between Donald Trump and the president of Ukraine Volodymyr Zelenskiy, Trump’s defenders are using the argument that while he did urge that the president to investigate Hunter Biden, there was no explicit quid pro quo tying that request to the release of the military aid that Trump had halted just the week before.

This is laughable. Kevin Drum posts an abridged version of the conversation and the quid pro quo just leaps out and slaps you across the face because after Zelenskiy says, “We are ready to buy more weapons from you”, Trump immediately responds, “I would like you to do us a favor though” and first asks him to look into the DNC server hack and then to investigate Joe Biden’s son. He says that his attorney general and Rudy Giuliani will be contacting him about the matter. Remember, Giuliani is Trump’s personal lawyer, not a member of the administration.
END_OF_DOCUMENT_TOKEN_TO_BE_REPLACED 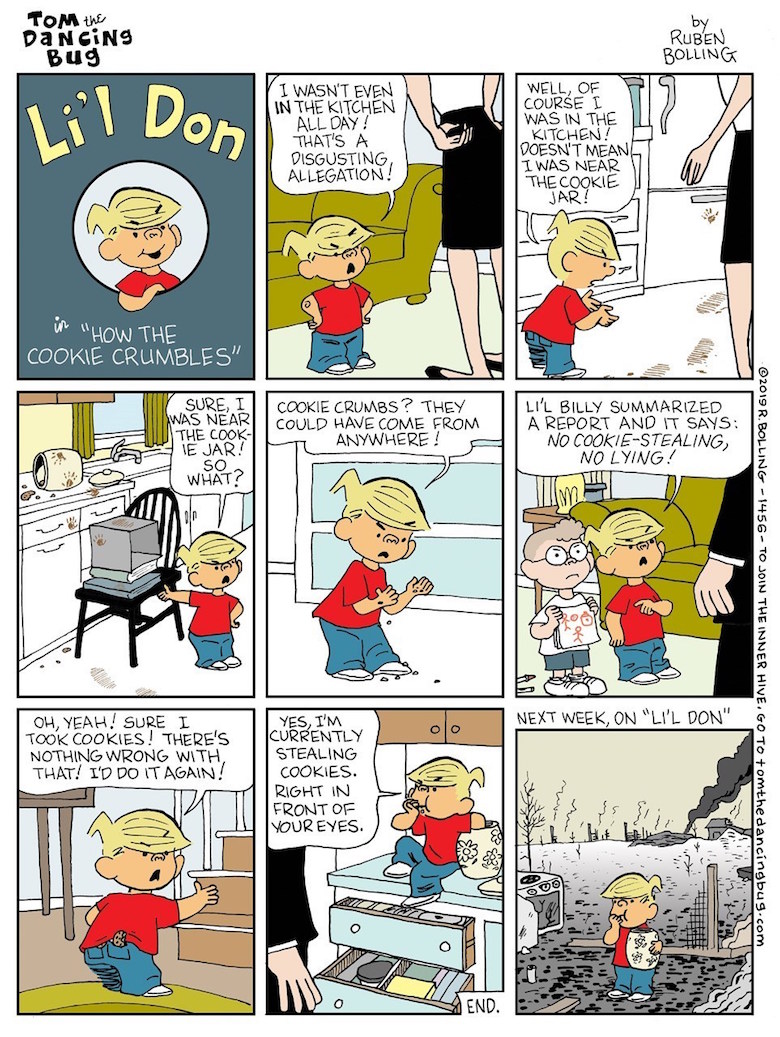 A ProPublica report from back in June exposed the fact that a nonprofit hospital system in Memphis, Tennessee that was affiliated with the Methodist church had been aggressively suing poor people who had not been able to pay their bills. It had created its own aggressive debt-collection agency that had gone to the extent of garnishing the wages (i.e., deducting money from paychecks) of those who owed money, even though the money they were earning was barely enough for them to live.
END_OF_DOCUMENT_TOKEN_TO_BE_REPLACED

First up, listen to Donald Trump speak at the United Nations. He looks like someone who is sedated. It is true that Trump always looks stiff when he is reading from a teleprompter but this seems pretty extreme.

It is also well worth listening to this interview by Fox News’s Chris Wallace with Iranian President Rouhani who is also in New York for the UN General Assembly. It is rare that we get to hear directly from the leaders of designated enemy countries. Usually we only get short paraphrases distilled through the filters of western journalists.

Ryan Grim gives the detailed background that led speaker Nancy Pelosi to finally back calls to open an impeachment inquiry into Donald Trump. He says that the 44 so-called ‘frontliners’, those congressional Democrats who said that impeachment proceedings would harm their own re-election chances and who, along with Pelosi, had been attacking the Squad (Aleander Ocasio-Cortez, Ilhan Omar, Rashida Tlaib, and Ayanna Pressley) and other progressives, had received a shellacking from their constituents when they went back home for the recess and heard that they were going to be primaried for not standing up to Trump.
END_OF_DOCUMENT_TOKEN_TO_BE_REPLACED