This cartoon illustrates a phenomenon that we are going to see a lot more of if people continue to be allowed to avoid vaccinating their children. 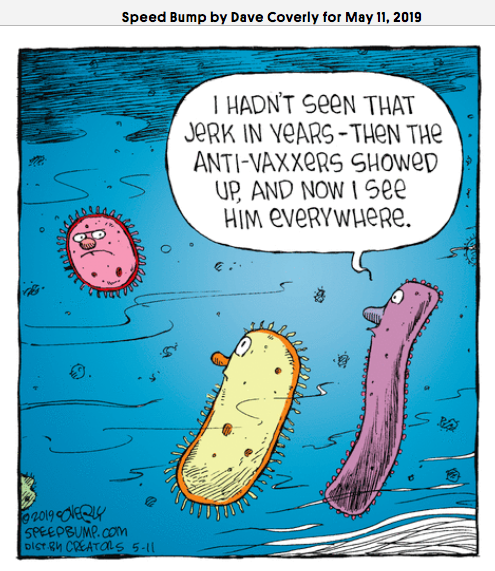 Last month I posted about the fascinating Studio 360 public radio show on the making and impact of the film 2001: A Space Odyssey that led me to read a detailed book on the subject Space Odyssey: Stanley Kubrick, Arthur C. Clarke, And The Making Of A Masterpiece by Michael Benson. Today, Studio 360 had the second part of the show, this one focusing on how the film’s computer HAL portrayed Artificial Intelligence and technology, how its predictions compare with the reality now, and the impact the film had on subsequent science fiction films.
END_OF_DOCUMENT_TOKEN_TO_BE_REPLACED

A humanitarian group known as No More Deaths places water at various locations in the desert regions near the Mexican border so that migrants do not die of dehydration while making the crossing. Whatever one’s views are of migrants crossing the border in this way, I think we can all agree that taking steps to prevent the deaths of people is a noble endeavor. That is, unless, you are the Customs and Border Protection of the US government whose agents were found to be systematically destroying the water stations. The No More Deaths group held a press conference where they leveled these accusations.
END_OF_DOCUMENT_TOKEN_TO_BE_REPLACED 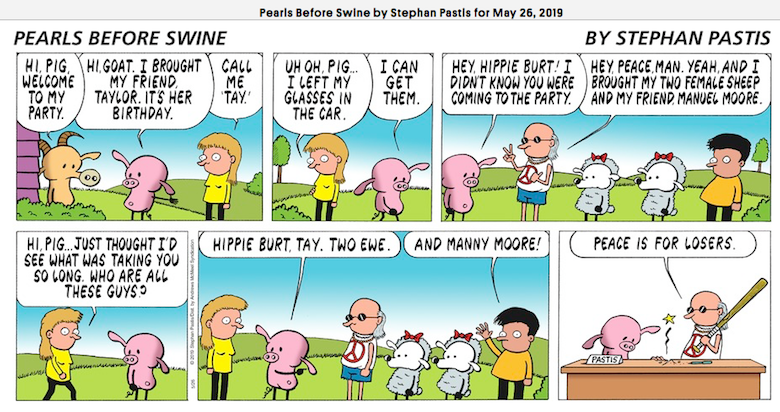 The property on which the supposed replica of the mythical ark told in the ghastly Bible story of Noah, that was built by the fundamentalist group Answers in Genesis, has suffered some damage due to rain, an occurrence rich with irony. The owners of the new ark are suing insurance companies for not covering the damage.

The Ark may have been constructed to withstand 40 days and 40 nights of flooding, but Northern Kentucky’s Ark Encounter property did not fare as well as Noah’s original construction when rains hit the area.

Court documents filed in District Court show that the owners of the Ark Encounter in Northern Kentucky have filed a suit against their insurance company after flood and storm damage.

Crosswater Canyon Inc. alongside the Ark Encounter, have filed suit against multiple defendants who comprise the business’ insurance underwriters after their property was damaged by heavy rains.

According to the suit, heavy rains caused a landslide and some structural support damage near the Ark exhibit.

I don’t know why this lawsuit was only brought against the insurance companies. Surely heavy rains are an act of god and thus s/he should be the main defendant?

I have written about how rich people often behave like jerks, such as ignoring the major role that luck played in getting them to where they are now and also drive arrogantly, as if they own the roads. These were largely impressionistic views, based on either my personal experience or reading about the behavior of others. So it was nice to come across this article that summarizes some studies that suggest that my impressions had some correspondence with reality.
END_OF_DOCUMENT_TOKEN_TO_BE_REPLACED