News organizations tend to be reticent about reporting on wrongdoings within their own walls. But yesterday Colbert discussed the explosive allegations against Leslie Moonves, CEO of CBS, the network that produces and broadcasts his show. In addition, he brings up the Kimberly Guilfoyle-Donald Trump Jr. genital photo issue.
END_OF_DOCUMENT_TOKEN_TO_BE_REPLACED

Ryan Grim and Zaid Jilani report on a new study that finds that adopting the Medicare For All plan advocated by Bernie Sanders that is increasingly supported by politicians and the public would not only improve the availability and quality of health care and cut costs but also result in increased wages for people. But what is noticeable is that this study was not done at some leftists but by a former Bush administration economist and issued by a conservative think tank.
END_OF_DOCUMENT_TOKEN_TO_BE_REPLACED

A driver for a Canadian company was captured on camera making a jerk move. During heavy rain in Ottawa, the van was deliberately driven through puddles so as to splash pedestrians on the sidewalk.

END_OF_DOCUMENT_TOKEN_TO_BE_REPLACED

I have deleted my Facebook account that I never used and so was not aware that the company has been running ads apologizing for some of the things that have been revealed recently about its practices. John Oliver exposes the disingenuous nature of the ‘apologies’ and runs a more truthful ad.

In a segment on his latest show Who Is America?, Sacha Baron Cohen, in his adopted persona as an Israeli anti-terrorism expert, interviews failed Alabama senate candidate Roy Moore and demonstrates a new device supposedly invented by the Israeli army that can detect pedophiles, something that Moore has been accused of being. The interview does not go well.

END_OF_DOCUMENT_TOKEN_TO_BE_REPLACED

I have been writing about how the Israel lobby in the US is attempting to stifle criticism of Israel for its atrocious treatment of Palestinians, the latest move being to pass a law declaring the country as a Jewish state, placing into law what had been in practice already. One effort to stifle critics in the west is to formalize the definition of anti-Semitism, while at the same time expanding its definition to include legitimate criticisms of Israeli government policies. In the US, the lobby is going so far as to advance legislation to punish advocacy for the BDS (Boycott, Divestment, Sanctions) Movement that seeks to apply to Israel actions similar to those that led to the collapse of apartheid in South Africa. The reason for the lobby’s actions is the concern that an increasing number of Jews and non-Jews alike see the actions of the Israeli government as indefensible and are referring to its policies as apartheid.
END_OF_DOCUMENT_TOKEN_TO_BE_REPLACED 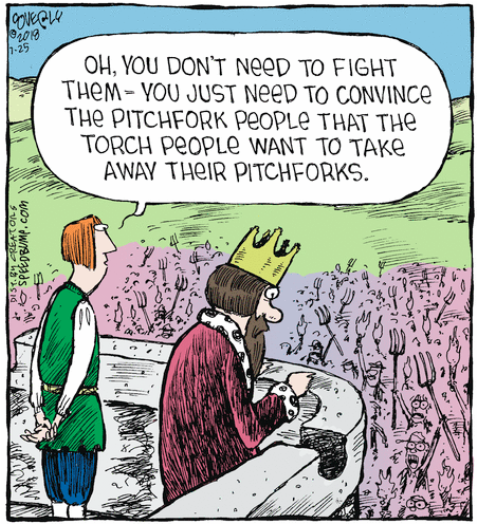 We are now sadly familiar with incidents where white people tell others that they do not belong in the US and should leave. But that sense of arrogant entitlement seems to be contagious and I recently came across two incidents of immigrants attacking other immigrants and telling them they don’t belong here. Here is the first case.
END_OF_DOCUMENT_TOKEN_TO_BE_REPLACED

According to the ACLU, Amazon has developed facial recognition software called ‘Rekognition’ that has come under severe criticism from privacy advocates because of the possibility that it will create a massive database of ordinary people that will further aid the national security state apparatus to keep track of everyone. Of course Congress, ever compliant to the needs of the national security state, did nothing.

But then the ACLU took photos of members of Congress and used the software to compare with a database of photographs of people who had been arrested for crimes.
END_OF_DOCUMENT_TOKEN_TO_BE_REPLACED