This website provides sets of paired images showing how things really look on film sets before the graphics designers work their magic on it. Here’s one example from the film Alice in Wonderland. 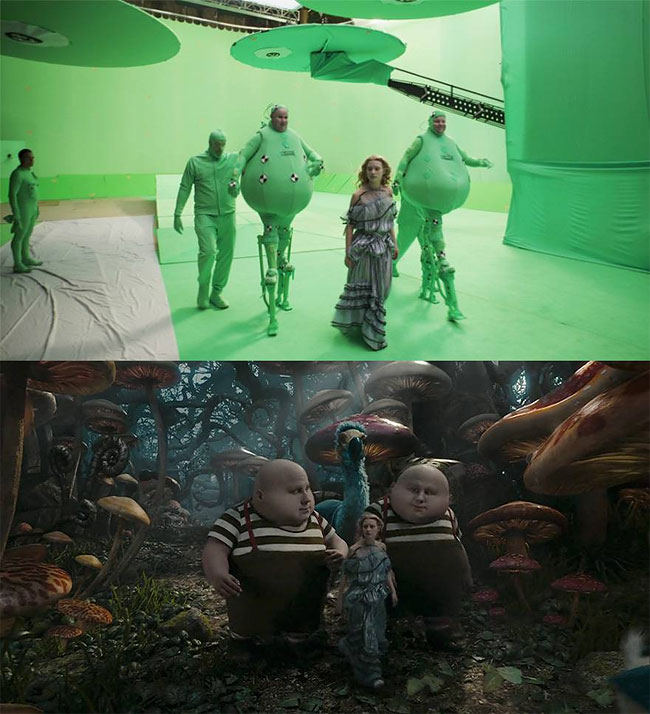 What surprises me is the extensive use of such effects even for normal scenes when they are not trying to obtain effects that are magical or too dangerous or too hard to come by naturally. Here is one from the film Wolf of Wall Street and a perfectly ordinary street scene from the TV series Ugly Betty. 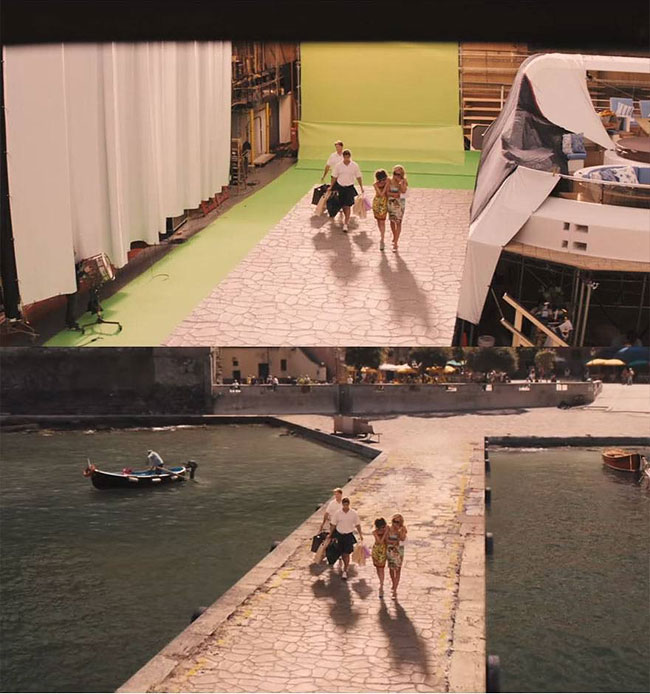 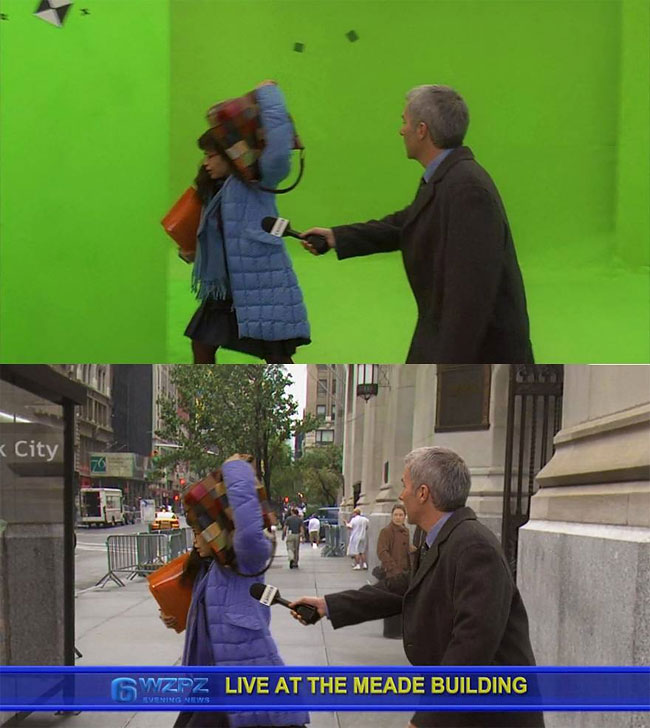 Maybe this is because it is easier or more cost effective to artificially create the backdrop or the crowd or street scenes than to go on location or design and construct a set or hire extras.