Yesterday’s news was full of stories about the abrupt resignation of two top staffers from Ben Carson’s presidential campaign that resulted in 20 other members following them out the door. There had been rumblings for a while about dissention within the camp and Carson himself had at one point said that he was considering a shakeup in his team, which seems to have made things worse.

Barry Bennett, who oversaw Carson’s rapid rise to the top tier of Republican contenders and his later fall, said he quit over differences with another top adviser to Carson, Armstrong Williams.

Specifically, Bennett blamed Williams for an interview Carson gave last week to The Washington Post suggesting that the campaign was in disarray. “It’s one of the stupidest things I’ve ever seen a candidate do,” Bennett said.

This kind of disarray and infighting is not unusual when campaigns lose steam. Since the beginning of November where he briefly held the lead with 25% of the Republican vote nationally, Carson has been in a steep decline for the last two months and is now in fourth place with less than 10%. 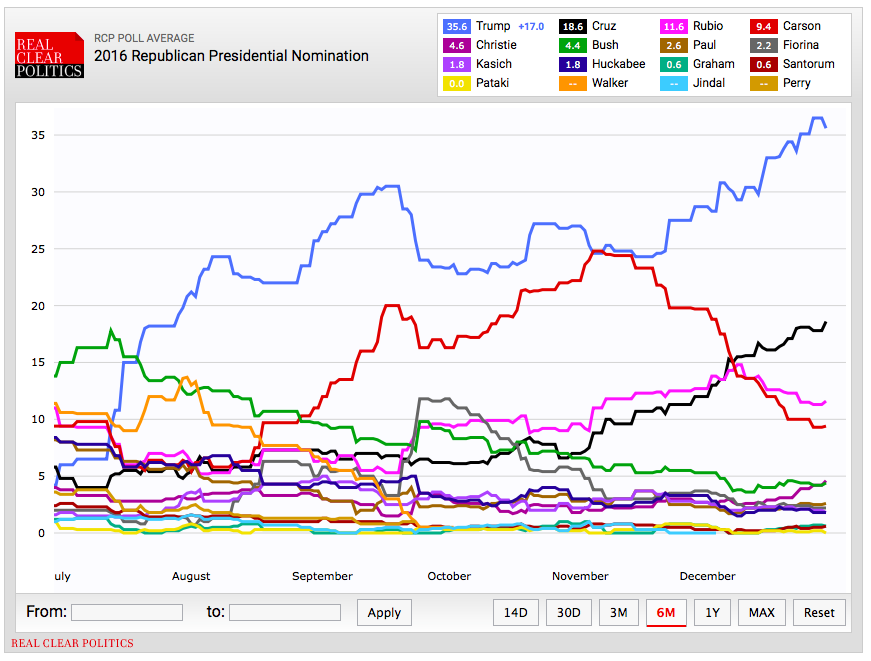 I suspect that Carson’s decline is due to the fact that he could not retain his hold on the religious conservatives who were the ones who initially gave him huge recognition following his speech at the White House prayer breakfast in 2013 where he attacked president Obama and his policies while the president was next to him. This is the kind of thing that naturally endears him to those who are virulently anti-Obama and they flocked to him and fed his grandiose ambitions.

But for whatever reason, the religious conservative establishment seems to have decided that he is not their man and have endorsed Ted Cruz instead and this, rather than his demonstrated ignorance and boastfulness and promotion of crackpot theories, may have undercut his base of his supporters. The fact that Cruz’s rise has coincided with Carson’s fall lends support to the notion that they appeal largely to the same bloc of voters.

Carson still seems to be raising a lot of money so he can still hang around for a while. Money and raising the visibility of the Carson brand name seem to be what he and his chief advisor Williams really cared about anyway. Their operation always had the whiff of being a money-making enterprise rather than a presidential campaign.

So, so long, Ben. I wish I could say it has been nice knowing you but I would be lying. I will not miss your smug and unctuous moralizing in the least.

American and British English » « Here’s hoping for a better 2016