Israel has once more made clear its intentions to slowly and steadily annex as much Palestinian land as it can.

Israel announced on Sunday a land appropriation in the occupied West Bank that an anti-settlement group termed the biggest in 30 years and a Palestinian official said would cause only more friction after the Gaza war.

Some 400 hectares (988 acres) in the Etzion settlement bloc near Bethlehem were declared “state land, on the instructions of the political echelon” by the military-run Civil Administration.
Israel Radio said the step was taken in response to the kidnapping and killing of three Jewish teens by Hamas militants in the area in June. The notice published by the military gave no reason for the decision.

Peace Now, which opposes Israeli settlement activities in the West Bank – territory Palestinians seek for a state, said the appropriation was meant to turn a site where 10 families now live adjacent to a Jewish seminary into a permanent settlement.

As the map below indicates, the amount of Palestinian land has been steadily decreasing and they have been consigned to apartheid-style Bantustans. 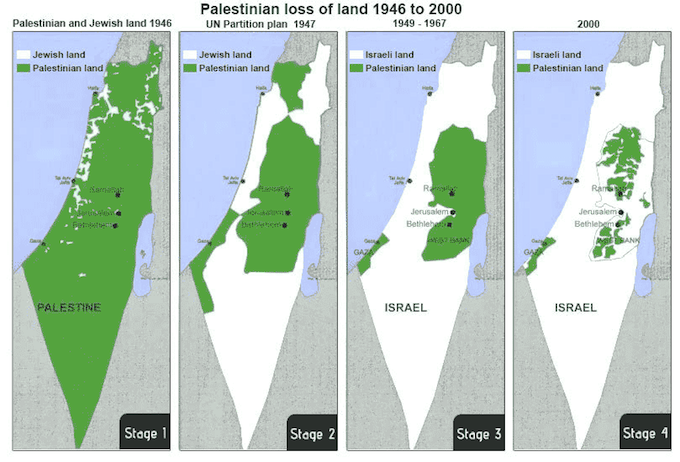 The US and UK, Israel’s staunchest supporters, have condemned this latest annexation but the Israel lobby in the US will make sure that their words are not backed up by any concrete actions.