I’m finding it hard to keep track of who is up and who is down anymore. Elon Musk allowed Kanye West back on Twitter, and then West made a bunch of anti-semitic remarks and got booted again. So he announced what he really thinks. 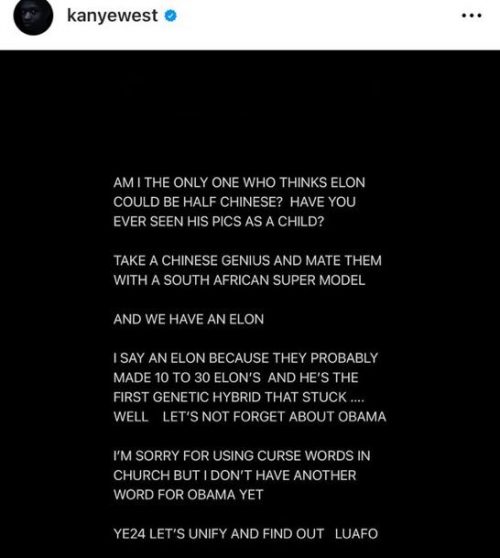 AM I THE ONLY ONE WHO THINKS ELON COULD BE HALF CHINESE? HAVE YOU EVER SEEN HIS PICS AS A CHILD? TAKE A CHINESE GENIUS AND MATE THEM WITH A SOUTH AFRICAN SUPER MODEL AND WE HAVE AN ELON.

West hired Milo Yiannopoulos as campaign manager (yep, Ye is running for president), and then fired him.

Mike Lindell was suing election boards all over the country, and his latest efforts got smacked down hard, including a demand that he pay all court costs. He has flushed millions down the crapper.

The only person whose star is rising is Andrew Anglin, rabid neo-Nazi, publisher of the Daily Stormer, who has been allowed back on Twitter, where he promptly endorsed Kanye West. 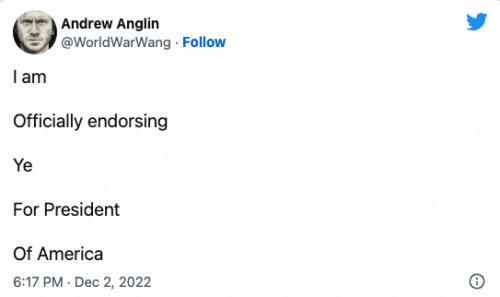 I am
Officially endorsing Ye For President Of America

The ball is back in your court, Elon. I’m sure you’ll make some perspicacious Solomonic judgement here.

Here’s a fine summary of what a bumbling incompetent Elon Musk is.

I’m guessing…Australia? » « Do you believe yet?