Is it the French? See that image on the right? That’s a Phrygian cap, and it was the inspiration for the mascot for the 2024 Paris Olympics.

“It’s the symbol of liberty, and it’s also a very strong message linked to the revolution that we want for those games. We want those games (to be) a big success,” says three-time Olympic champion canoeist Tony Estanguet, who is the Paris 2024 president. 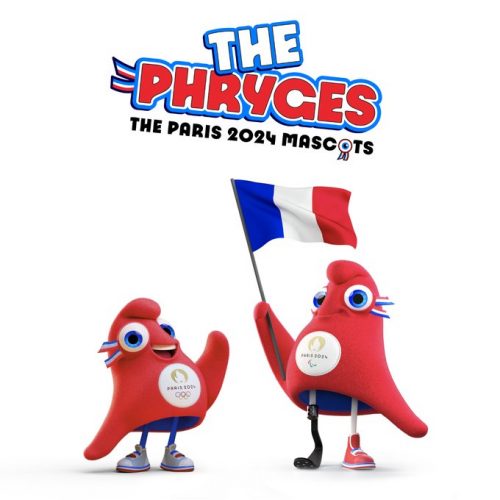 Silly, but cute. But wait. There’s a different interpretation.

Fair enough, Mr Estanguet, but on closer inspection, it’s also a very strong message linked to the female anatomy. Because the mascots – quite aside from looking like lunatic Smurf hats – unmistakably resemble gurning plush clitorises with the cold dead eyes of a killer, who could be right at home in a particularly traumatic Cronenbergian fever dream.

Huh? What? That’s a stretch. It only fits if you have an image of a vivisected, chopped out deep chunk of a woman’s genitalia in your head. I don’t. That’s not at all what I picture if I try to visualize a clitoris. Somebody has the gross mind of a serial killer.

But I was wrong. It’s not the French. The people responsible for bringing up this stupid comparison are the English at the Vagina Museum, a London-based exhibition. The English are trying to corrupt the innocent French!

The War on Christmas — are we the baddies? » « OH NO ELON NO