The war in Ukraine is draining American stockpiles of things that blow up, so the defense industry has come up with a clever scheme: take a bomb we have in plentiful supply, strap a rocket motor to it (also plentiful) and send those off to a war to blow more stuff up.

The Pentagon is considering a Boeing proposal to supply Ukraine with cheap, small precision bombs fitted onto abundantly available rockets, allowing Kyiv to strike far behind Russian lines as the West struggles to meet demand for more arms.

U.S. and allied military inventories are shrinking, and Ukraine faces an increasing need for more sophisticated weapons as the war drags on. Boeing’s proposed system, dubbed Ground-Launched Small Diameter Bomb (GLSDB), is one of about a half-dozen plans for getting new munitions into production for Ukraine and America’s Eastern European allies, industry sources said.

Although the United States has rebuffed requests for the 185-mile (297km) range ATACMS missile, the GLSDB’s 94-mile (150km) range would allow Ukraine to hit valuable military targets that have been out of reach and help it continue pressing its counterattacks by disrupting Russian rear areas.

How am I supposed to feel about this? I am entirely sympathetic to the Ukrainian cause and opposed to the militaristic imperialism of Russia, but our solutions to the conflict all seem to involve more, bigger, longer-ranged bombs…which leaves defense contractors chortling in glee, and may be necessary to throw invaders out of a foreign land, but I am repulsed by the idea of more effective killing machines.

It doesn’t help that everyone is so blithe about the cost. It’s cheap, they say.

The M26 rocket motor is relatively abundant, and the GBU-39 costs about $40,000 each, making the completed GLSDB inexpensive and its main components readily available. Although arms manufacturers are struggling with demand, those factors make it possible to yield weapons by early 2023, albeit at a low rate of production.

They don’t say how much the M26 costs, but I’d guess that the total cost of a single GBU-38 + M26 is going to exceed the yearly salary of a college professor, so sure, I’ll just visualize it as every shot is a teacher’s or scientist’s career being lobbed at a couple of soldiers to explode into fragments, and the money instead finding its way into a lobbyist/contractor’s pockets.

It’s fine. Everything is fine. 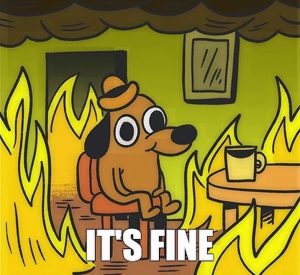 Please, Elon, I want to see the spectacle » « Not a headline I like to see