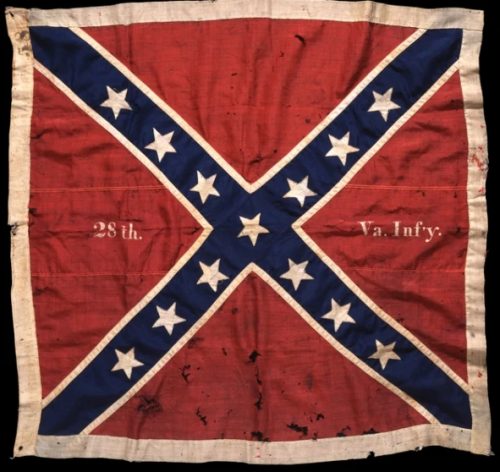 I don’t feel much of a call to celebrate the Fourth of July. That first attempt at writing a bold statement about liberty in 1776 was 90% hogwash, undermined by the hypocrisy of supporting slavery, and in fact, eventually jiggering together a federal government that was designed to prop up slave states and give them enduring power.

The rationale behind the Fourth of July was seared away in the bloody Civil War. That war staggered us a few steps closer to a government of the people, by the people, and for the people — slaves were nominally freed, at least — but it left in place the political structures that were built to benefit wealthy slave owners. We’re still saddled with an electoral college and an unrepresentative senate, and we’ve added more biases that cripple our politics, such as laws that have turned elections into competitions in burning money, with corporations chortling as they contribute to the bonfire.

The date is still a good marker, though. In that Civil War, the climactic battle that broke the slave-owner army was the battle of Gettysburg, fought on July 1-3, 1863. We staved off the threat of total capitulation to an unmistakably authoritarian, aristocratic oligarchy at that time, although the failure to address the shortcomings of American government has crept back strongly. At least we had that moment in 1863, though. We here in Minnesota hold a relic of that war. That Virginia battle flag above.

Marshall Sherman was a 40-year-old house painter in St. Paul when he joined the 1st Minnesota Infantry as a private in the Union army. Described as a soft-spoken gentleman in historical accounts, Sherman fought in the Battle of Gettysburg alongside the rest of the 1st Minnesota.

This brutal confrontation became the site of the highest number of casualties of the Civil War. One Union soldier from Minnesota described the Battle of Gettysburg as such:

“If men ever become devils that was one of the times. We were crazy with the excitement of the fight. We just rushed in like wild beasts. Men swore and cursed and struggled and fought, grappled in hand-to-hand fight, threw stones, clubbed their muskets, kicked, yelled, and hurrahed.”

On the third and final day of fighting at Gettysburg on July 3, 1863, Pvt Marshall Sherman took the Confederate battle flag belonging to 28th Virginia Infantry. After Pickett’s Charge, a massive turning point that led the Union to victory, Sherman emerged with the tattered flag. It was one of 25 Confederate flags captured by the Union Army that day.

We’ve still got it. The traitors who revere their ancestors role in the rebellion have begged for it back. They aren’t getting it.

Many Virginians became upset that Minnesota held on to one of their Confederate battle flags from the Civil War.

Roanoke Civil War reenactors who represented the 28th Virginia Infantry Regiment officially asked for the return of the flag in 1998. They appealed directly to the Minnesota Historical Society, who then asked the state attorney general office for help.

Minnesota’s assistant attorney general denied the Virginians’ request, but the word was out. Now, Virginia’s state lawmakers wanted to get involved.

In 2000, both the Virginia House and Senate passed a resolution that formally requested Minnesota return the flag. Again, the Minnesota Historical Society refused.

Ahead of the 150th anniversary of Gettysburg in 2013, Virginia Gov. Bob McDonnell requested the flag be loaned to his state to commemorate the Battle of Gettysburg. Minnesota Gov. Mark Dayton denied that request, saying that returning the battle flag would be “sacrilege” to Union soldiers who died in the Civil War.

“It was something that was earned through the incredible courage and valor of men who gave their lives and risked their lives to obtain it,” Dayton said. “And as far as I’m concerned, it’s a closed subject.”

To this day, the Confederate battle flag that Union soldier Marshall Sherman captured more than 150 years ago remains in Minnesota’s possession.

That’s the right idea, but we’ve got to do more. It’s nice that we’re hanging on to a symbol, but people are still flying confederate flags. Tear them down and take them home as spoils of war. Let’s move beyond symbols and tear down more relics of the 18th century, starting with our corrupt and antiquated system of government. No more electoral college, no more privileged Senate, no more lobbyists, no more corporate buyouts, no more celebrations of our deep flaws. Tear them all down.

That battle flag is just a token and an unfulfilled promise. Finish the job. If you want to keep a few souvenirs of the old wickedness, I think there is a museum in Minnesota where they could be stored, next to a shameful old flag.

Don’t they know that complexity can only be produced by Intelligent Design? » « COVID, COVID, COVID. Let’s pretend it doesn’t exist!