I got a challenge from a creationist.

Hello, I am a Muslim.

Recently I have written a small script as a test to see how many attempts would a random mutation require to reach a target DNA Sequence.

The script simply creates a random target DNA Sequence, and keeps generating random DNA Sequences until it matches the target, and then prints the number of attempts needed.

The Result shows a very large number of attempts the longer the Sequence is.

How does evolution explain the results of this script?

The attached files are a C++ and Python versions of the script.

I don’t know why he needed to announce he’s a Muslim, it’s completely irrelevant.

Here’s his code. I don’t think anyone will have much trouble reading it — it’s about the level of a “hello world” program in an introductory office tech class. 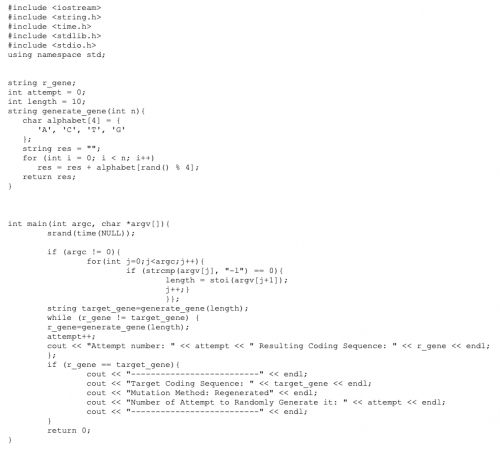 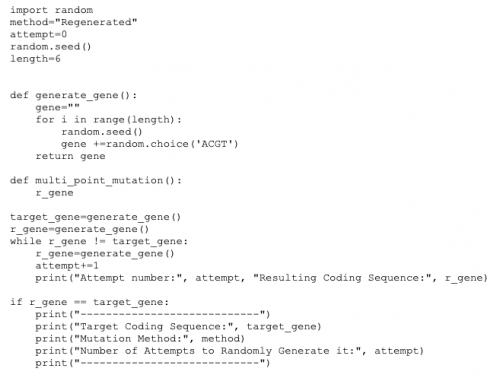 I think you can see the problem. It’s a typing monkeys simulation: there’s no selection, there’s no accumulation of small variations, on every pass it generates a totally random sequence of the desired length and compares it for identity with the search string. Of course it takes a very large number of attempts to get the desired result!

Here’s what evolution says about it:

Evolution has nothing to say about that script, because a) evolution is not a conscious entity, b) the script has no relationship to the process of evolution, and c) the author is very stupid.