We all knew this was coming. 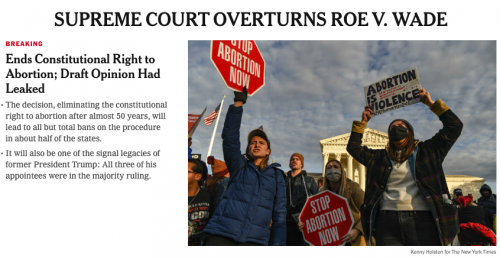 Goddamn this corrupt, theocratic, criminal Supreme Court. Not only are they killing women, they’re killing any trust we might have in the law.

Oh, you’re not a woman? You think this won’t affect you? Get ready.

They’re coming after the privacy, health, and safety of every American.