This is symbolic of the conflict: Citizens of the Russian Federation from the Free Russia Legion fighting for Ukraine captured Ukrainian citizens from the LDNR formations fighting for Russia. 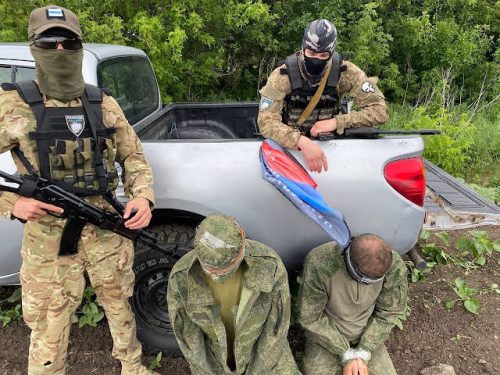 I read the newspapers, and the impression I get is that Ukraine is getting desperate with serious ammunition shortages, while Russians are getting desperate over increasingly heavy casualties, as are the Ukrainians. Ukraine wants to join the EU, but France and Germany are dragging it out, saying it might take decades to negotiate. I don’t think they have decades. No one is going to win this war, are they?

He is so angry! » « The detritus of GamerGate is still washing up on our Western shores