This is Franklin Graham, evangelical leader of the Southern Baptist convention, son of Billy Graham, yesterday, the 23rd of May. He’s got his priorities.

I’M CALLING ON MCDONALD’S TO BRING BACK THE FRIED APPLE PIE IN AMERICA! I just arrived in Sheffield, UK, where I’ll be preaching this week & my 1st stop was—you can guess where—their local @McDonalds! Yes, I had my Quarter Pounder with cheese—& of course a fried apple pie. pic.twitter.com/GHvTXpJa2t

What’s somewhat surprising about this is that the day before, the Washington Post broke the news of a major scandal among the Southern Baptists. You’d think this should be a 5-alarm crisis for the evangelical leadership.

Leaders in the Southern Baptist Convention on Sunday released a major third-party investigation that found that sex abuse survivors were often ignored, minimized and “even vilified” by top clergy in the nation’s largest Protestant denomination.

The findings of nearly 300 pages include shocking new details about specific abuse cases and shine a light on how denominational leaders for decades actively resisted calls for abuse prevention and reform. They also lied to Southern Baptists over whether they could maintain a database of offenders to prevent more abuse when top leaders were secretly keeping a private list for years.

The report — the first investigation of its kind in a massive Protestant denomination like the SBC — is expected to send shock waves into a conservative Christian community that has had intense internal battles over how to handle sex abuse. The 13 million-member denomination, along with other religious institutions in the United States, has struggled with declining membership for the past 15 years. Its leaders have long resisted comparisons between its sexual abuse crisis and that of the Catholic Church, saying the total number of abuse cases among Southern Baptists was small.

Somehow, I don’t think the campaign to bring back McDonald’s fried apple pies is going to be an adequate distraction from the bad news.

Franklin, and the rest of the world, might want to read that 300 page report. It begins…

For almost two decades, survivors of abuse and other concerned Southern Baptists have been contacting the Southern Baptist Convention (“SBC”) Executive Committee (“EC”) to report child molesters and other abusers who were in the pulpit or employed as church staff. They made phone calls, mailed letters, sent emails, appeared at SBC and EC meetings, held rallies, and contacted the press…only to be met, time and time again, with resistance, stonewalling, and even outright hostility from some within the EC.

Our investigation revealed that, for many years, a few senior EC leaders, along with outside counsel, largely controlled the EC’s response to these reports of abuse. They closely guarded information about abuse allegations and lawsuits, which were not shared with EC Trustees, and were singularly focused on avoiding liability for the SBC to the exclusion of other considerations. In service of this goal, survivors and others who reported abuse were ignored, disbelieved, or met with the constant refrain that the SBC could take no action due to its polity regarding church autonomy – even if it meant that convicted molesters continued in ministry with no notice or warning to their current church or congregation.

It’s a familiar story that we’ve seen again and again. Women are harassed, they report the problem to a designated authority, said authority buries the report, the offenders continue to offend (maybe with the advantage of being reassigned to virgin territory), and the hierarchy responds to queries with What? No, we don’t have a sexual abuse problem. My files are empty of cases!. We’ve seen it in the Catholic church, and also in smaller entities like the James Randi Educational Foundation.

Maybe the problem isn’t religion. Maybe the real root of the problem is patriarchal social structures. We should start dismantling every organization that has a mob of men at the top, where processing reports of abuse is handled by a chain of men. That seems like a reasonable starting point to fixing an issue.

Alternative explanation: maybe Franklin Graham is right and the real problem is that McDonald’s now bakes their apple pies, rather than frying them. 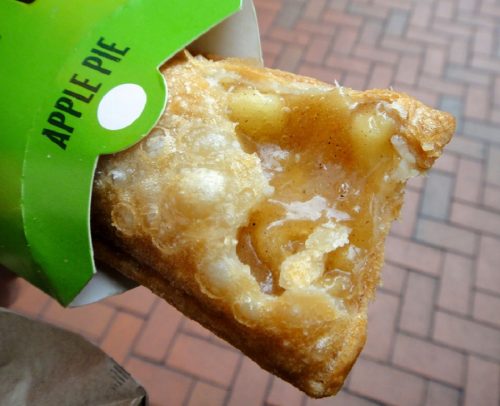 After all, God speaks directly to the Graham family.

What kind of sick coward murders 14 children? » « Bring on the pain!