Look at the data, scientifically! 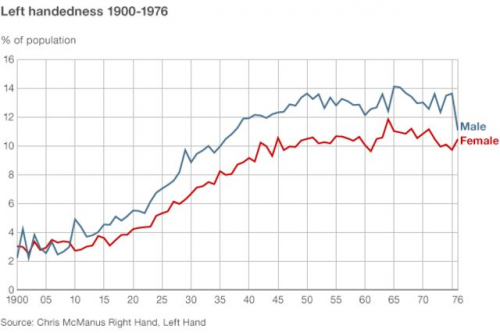 In 1900, only about 3% of the population would admit to being left-handed. In the mid-1970s, it was up to about 11%. I don’t want to know what it’s like now, but being left-handed is clearly trendy, and if we just extrapolate from those numbers of an 8% increase in 76 years, I’d estimate that the population must be about 16% left handed today, and that the lefties will have completely taken over by 2800. We righteous righties are on the path to extinction! This is the real Great Replacement! Someone needs to alert Tucker Carlson and get the word out!

Why would anyone trust Greg Locke? » « It’s always timing and chance