You see, if you don’t count their attitudes towards black and brown people, they aren’t racist at all! 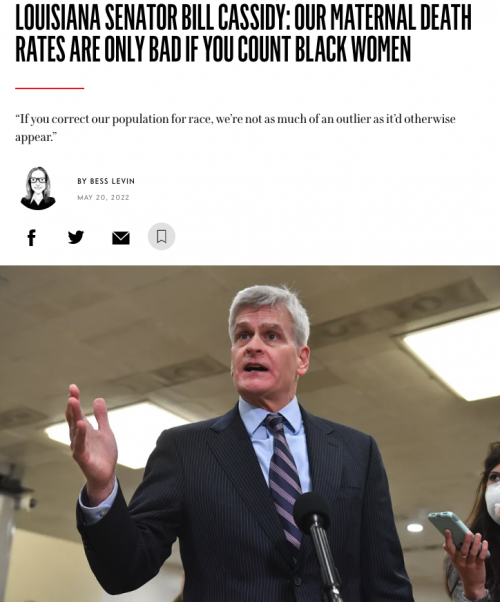 “About a third of our population is African American; African Americans have a higher incidence of maternal mortality. So, if you correct our population for race, we’re not as much of an outlier as it’d otherwise appear. Now, I say that not to minimize the issue but to focus the issue as to where it would be. For whatever reason, people of color have a higher incidence of maternal mortality.”

We could flip that argument around. The aggregate maternal mortality rate for white and black people is so bad that Louisiana is one of the worst states to be pregnant in…and if you don’t count the privileged white people, the rate is even worse, and tells us that Louisiana is a hell hole for black women.

Neurotically evil cat gets revenge » « Finally, it is settled