Even now, I don’t know — at a guess, I’d assume the eastern Ukraine is going to get bloodily chewed up by the blundering Russian war machine. But then I see this map of recent fires and explosions at important Russian military facilities. 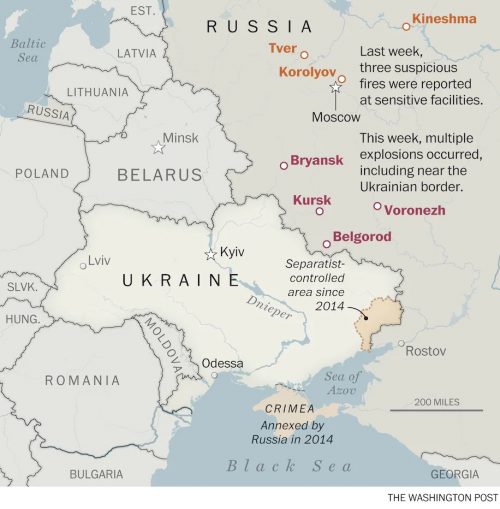 Look at those sites north of Moscow. Are Ukrainians that fierce and bold that they’re carrying out a counter-invasion? Not likely. Here’s a better explanation or two.

The fact that so many fires have broken out at key locations in such a short period is “quite suspicious,” said Dmitri Alperovitch, chairman of the Silverado Policy Accelerator think tank in Washington. However, he added, it is “really impossible to tell at this stage.”

There are explanations other than sabotage, Alperovitch said. Accidental fires are not unusual in Russia, which has a reputation for poor maintenance, and Western sanctions are making it harder to secure spare parts for vital machinery.

Arestovych doubts Ukraine was involved in the fires at the defense-related facilities and suggested that Russian officials are setting fires to cover up evidence of corruption.

Oh. Russia might manage to eke out some pyrrhic victory in the east, but wow, one thing they’ve just lost forever is any reputation as a formidable fighting force. More like a gang that couldn’t shoot straight. It’s too bad Don Knotts has died, he would have been perfect playing Putin in the bio-pic to come. 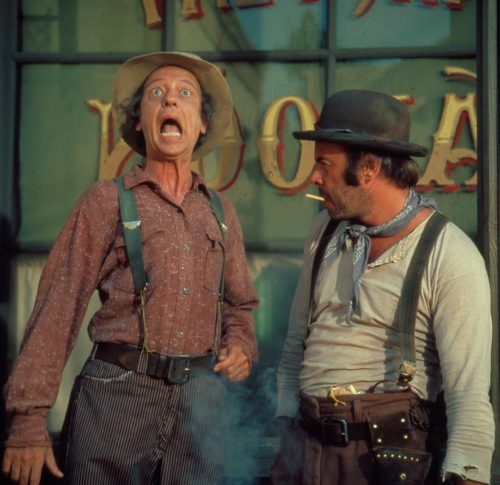 Friday Cephalopod: 10 hours worth » « Why would anyone hire Sabatini?