I bet you didn’t know that everyone is transgender. No exceptions. At a glance, these discerning experts in what constitutes a real woman can spot them with their TERF vision. 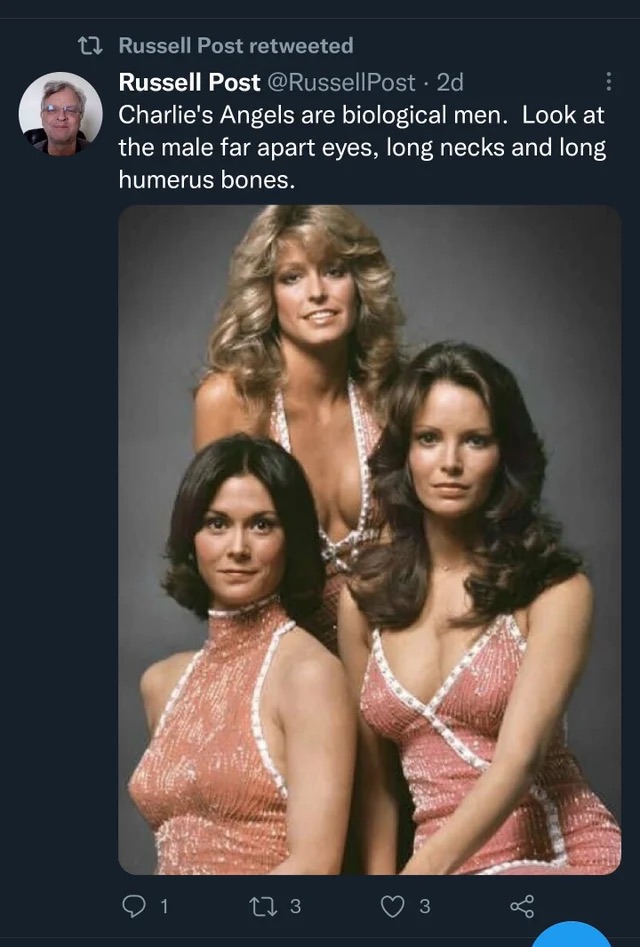 It’s nice that the Restroom Police aren’t going to have to check out your genitals. Now they’ll determine which facility you get to use by your interocular distance, and the length of your neck and thighs.

Uh-oh. I just realized, I remember the 1970s, and I had so many friends who had Farah Fawcett posters in their bedrooms. I had no idea all those teenage boys were actually gay! And all the girls with that feathered hairstyle — all trans!

Every millionaire in America » « The anatomy is all wrong!