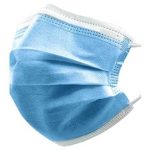 It’s worth looking at the actual evidence that we’re in the midst of an airborne pandemic that targets the respiratory system. Here’s an article in The Lancet on ten scientific reasons in support of airborne transmission of SARS-CoV-2. It’s short, but I’ll make it even shorter.

Vaccines are great and a solid long-term solution to the pandemic, but why are we talking about removing mask mandates again? Shouldn’t we instead be promoting improved ventilation in public schools, for instance? Are our scientifically illiterate leaders only listening to the scientifically illiterate permanently whiny chickenshit contingent instead of scientists now? We seem to be promoting do-nothing approaches that minimize inconvenience to the most selfish, inconsiderate members of society.