Here’s a painfully long story about a mass murderer, the wretched guy who went on a shooting spree in Denver. It doesn’t need to be so long. We can get the gist of the story from three short paragraphs in the middle.

“He was a dick to women, and he just didn’t really like women at all. He didn’t like women having any kind of say,” said Costilow. “He just did not think a woman should really even speak most of the time; he was just such an asshole.”

The manosphere works as a well-known pipeline to extremist groups, and hatred of women is an entry point for many extremists.

“He actually hated, openly hated women… I never experienced a man who openly showed that he held no respect whatsoever for women,” said Andre Thiele, a German onetime fan of McLeod who interacted with him online and who eventually was turned off by him in late 2020 because of his increasingly extremist views. “And yet he was surrounded by women. He had women supporting him in every horrible situation that he created. He couldn’t have made it one single month in his life without a whole bunch of women constantly supporting him with everything he needed.”

You can stop right there. I’ve got enough information already to understand his twisted motivation. He wasn’t a complex character at all.

Oh, one other piece of information is good to know. He’s dead now, shot by a woman police officer. Somehow, that’s a rare cop killing that seems just. 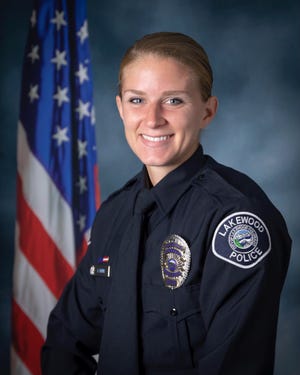