Come on down to the UMM student center! Our BioClub is giving everyone an opportunity to take a selfie with Charles Darwin. 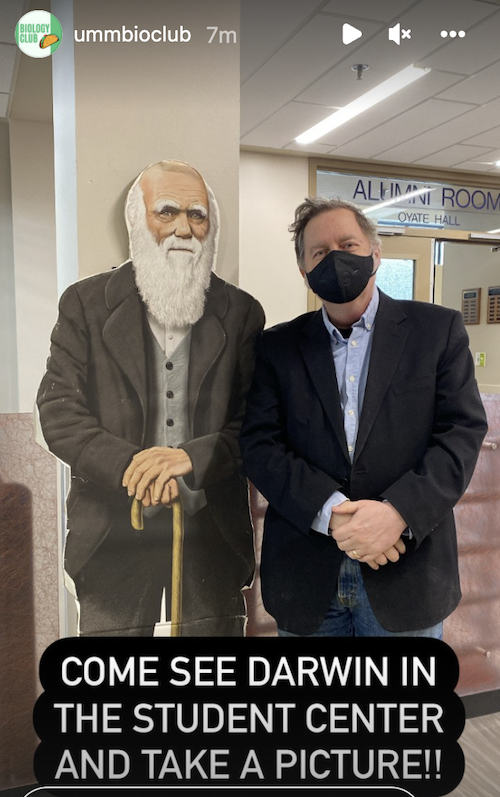 Be gentle. He is 213 years old, and tends to fold up at the knees and hips.

All aboard the pandemic roller-coaster! » « Someone is a bit over-dressed