I made the mistake of reading this article about some minor celebrity, Demi Lovato, endorsing some weird video channel, Gaia. Look at this: it’s perfect skeptic bait.

On a Lovato-themed Gaia page for their fans, the singer’s supporters can view a free episode of a Gaia show about an “ancient space program” before signing up for a $11.99 monthly Gaia membership.

Lovato’s “handpicked favorite” shows, according to the website, include a series positing that Atlantis was real and that humanity is living in the aftermath of a battle between giants and lizard-like “reptilians.”

A representative for Lovato declined to comment on the record. Gaia didn’t respond to a request for comment.

While the claims made in the videos produced by Gaia can seem laughable, the site, which claims to have more than 750,000 members, has become a clearinghouse pushing conspiracy theories into the New Age movement. Gaia’s videos are slickly produced to look like genuine documentaries, with some featuring prominent figures in the anti-vaccine movement. The site has also been called a “hub for QAnon,” with QAnon promoters flocking to the platform after facing crackdowns from other websites.

Then I doubled my mistake. I had to look up this Gaia thing (warning: you might not want click on the link yourself, it’s cursed). It’s an overpriced subscription service for really bad fake “documentaries”. It left me wondering how these incompetent clowns get so much attention for such wacky beliefs? 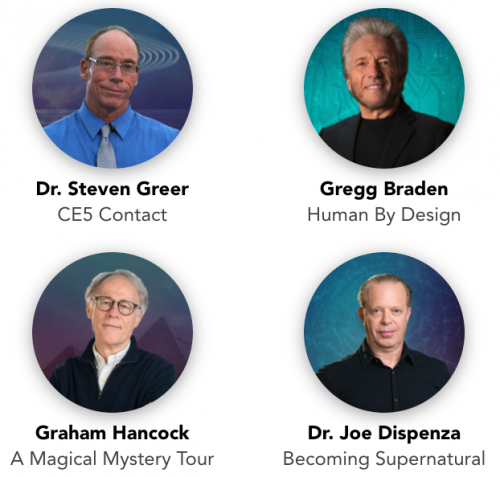 I know of some of them. They’re total idiots.

But now the curse of the internet algorithm — Gaia must be pumping lots of money into their ad promotion, because now I get tons of pseudoscience ads. I can’t watch YouTube without getting wall-to-wall ads about Atlantis and the Annanuki and Bigfoot and Q. It’s annoying. In for a penny, in for a pound, so I watched a bit of this one. Don’t do it unless you’re a committed masochist!

This young man calmly asserts that he was born in Atlantis to the descendants of the Annanuki.

Now I am doomed. It’s going to be even more continuous foolishness than usual for me on the interwebs. Heed my warning!

Those uppity women…no longer controlled by fear of dinosaurs » « For once, I’m siding with the engineers