Oh look. Biden has appointed a transgender woman to a position where she can advise godly men. This is catastrophic to the Christian world view. 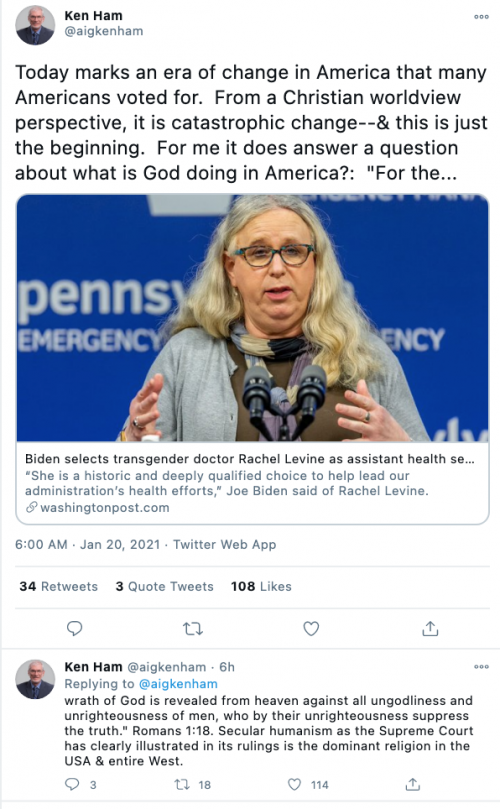 Once again, he demonstrates that his peculiar interpretation of the Bible is the one true Christianity.

OH NOES. Biden is planning to sacrifice children on the altar of secular humanism! Darn these Moloch worshippers worming their way into high office. 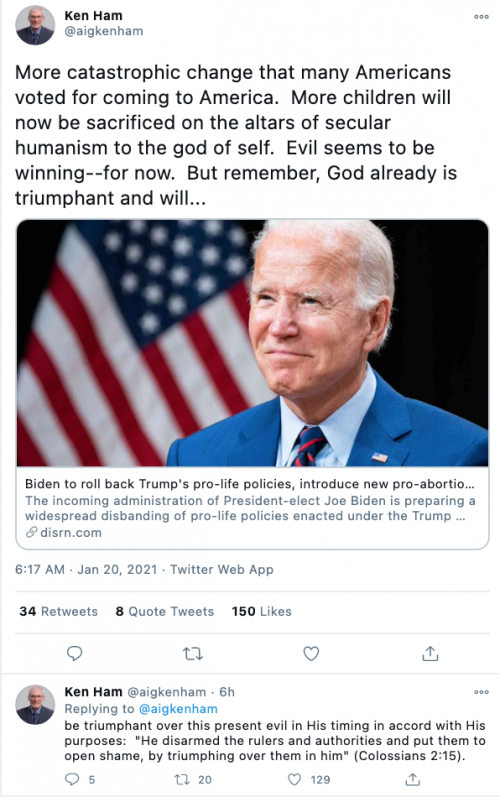 Wait, I thought he was a Catholic…