Iliana seems to be getting into the lefse spirit. The homemade stuff is so much better than store bought — stupid pandemic! If it weren’t for that, I’d drive 4 hours to snatch it out of the baby’s hand. 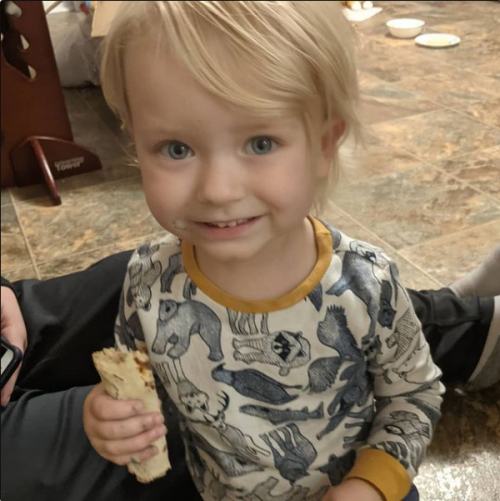 What are you doing the day after Christmas? » « It’s Xmas Eve, time to try and get in the spirit!