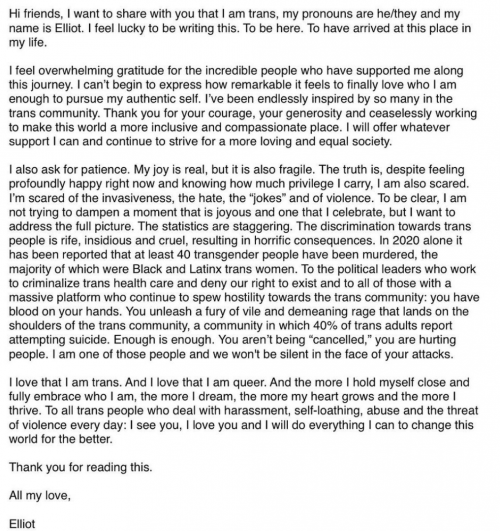 I’ve run into a few whiny TERFs who have complained about this — the most common spin is “Oh, no, the patriarchy has stolen a lesbian from us”, which is just weird — but mainly what I see is someone free to be himself, with a lot of support. IMDB has already updated all their entries!