Apparently, there’s a bit of a row going on over in the UK because Cambridge University is planning to impose a policy that would require Cambridge’s academics, students and visiting speakers to treat others and their opinions with “respect”. This is bugging a few people, who don’t want to respect others, and they want to change the word “respect” to “tolerate”, which is in itself a revealing bit of jiggery-pokery. I mean, really, asking people to treat others with respect is not an onerous demand: I’ve listened to creationists and Republicans speaking on campus, and managed treat them with respect even while regarding their ideas as horseshit, and being able to tear into them with questions. It’s not hard. It’s also a demand with a strange context.

Supported by the actor Stephen Fry, who read English at Cambridge, and Ross Anderson, professor of security engineering, Ahmed fears the new code could be used to stifle views deemed to be “disrespectful” on subjects such as transgender rights, anti-vaccination, religion, race or climate change. They fear it could lead to academics who satirise certain views being sacked.

Mock away! The only restriction I see that might be in place is that you don’t get to dehumanize people over their gender, their politics, their religion, or their race. What I see here is typical right-wing paranoia — a fear that they might be abused in the same way they abuse minorities.

As usual in these academic matters in the UK, we just have to get the opinion of Richard Dawkins. So he appeared on this radio program (skip ahead to the 1:44 mark to hear Dawkins), and just totally embarrasses himself.

The radio host brings up a message from a listener, Zoe. Zoe says “as a post-op transsexual woman married to a man and being a respectful member of society, I would hope to be respected as a person rather than being merely tolerated, otherwise incorrect assumptions and bigotry will thrive,” and akss what Dawkins would say to Zoe. This is his reply.

I would say if she wants to be called she, I am very happy to call her she. That’s a matter of courtesy. But if she wants me to say she’s a woman, when she has an XY karyotype, then as a biologist, then I would say that I would define a woman, as a biologist, as a member of the species Homo sapiens with XX karyotype. That’s a matter of definition. People can say what they want to be called, and I’m happy as a matter of courtesy, I do this myself, a person who was a man who becomes a woman, I’m happy to use pronouns like she, but I’m not happy to be dictated to and told that you must use this pronoun as a matter of law or coercion.

First problem: that doesn’t address the point at all! He’s rambling off on a tangent that has nothing to do with the issue brought up. Does he understand how someone might see “tolerance” as a minimal expectation? Zoe wants to be respected as an equal member of society, not as some aberration to be tolerated.

She’s not asking about what pronoun she’d prefer. He’s not being particularly magnaminous by conceding to address her as she wants, as if we should all appreciate his graciousness. This is minimal courtesy he is offering.

WHat does he do next? He offers some unasked-for pedantry, telling us how he, as a biologist, defines “woman”, as a way of saying that he does not regard Zoe as a woman. Very respectful!

He’s also wrong. “Woman” is a complex multifactorial entity, and it is not identical with “reproductive female”, as he is using it. As a biologist, I would not analogize womanhood with the function of one half of a breeding pair of fruit flies or spiders or zebrafish or mice. Furthermore, I would not make the mistake of correlating even that with a simplistic version of chromosome organization. A biologist should know better.

He’s not particularly consistent. He calls Zoe “a man who becomes a woman”, right after tellins us that she isn’t really a woman. He needs to get his story straight.

Finally, this petty declaration that he doesn’t like being dictated to…is he also being dictated to when polite convention tells him address a woman (even the ones he recognizes as a True Woman!) by masculine pronouns? No one is talking about legal impositions, and the only coercion is the same kind that compels us to behave in mutually respectful ways as members of a civil society.

So let’s get it straight: what the Richard Dawkinses and Stephen Frys want is to be able to exclude transgender men and women from their civil society.

None of this makes any sense. Our university administration keeps flapping their lips about caution and respect for faculty, staff, and students, while enforcing rules about social distancing and masking in the classroom, and then…oh, we have to keep the football games going! So now disease is sweeping through the football program.

The Minnesota football Gophers have canceled a second consecutive game due to an ongoing COVID-19 outbreak in the program.

U of M Director of Athletics Mark Coyle, University President Joan Gabel and Gophers Medical Director Dr. Brad Nelson made the decision to scrap the Dec. 5 game with Northwestern after consulting with the Big Ten Conference.

The game will not be rescheduled, and is considered a “no contest” as per Big Ten policy.

Since Nov. 19, the football program has experienced 47 positive cases of coronavirus in players and staffers [!!!], the most recent group of 15 diagnosed just Saturday.

Remarkable. We are an educational institution, we’ve compromised on everything to keep the academic mission limping along, and yet we’re risking it all by giving the goddamned athletics department free rein, on top of paying the coaches and AD staff far more money than they do the instructors. We should have just put the whole athletics program on hiatus at the start of the year, and saved money by putting the coaches on half pay for the year (they’d still make more money than I do.)

“The health and safety of our student-athletes, coaches and staff continues to be our main priority,” said Coyle.

A reminder: we’ve got a fundraiser coming up, and one of the things we’re doing is collecting winter art. Send your beautiful photos with a winter them to affinitysubmissions@gmail.com, and maybe they’ll appear in the Winter Photo Gallery!

On my morning walk today, I noticed that it was a bit icy. 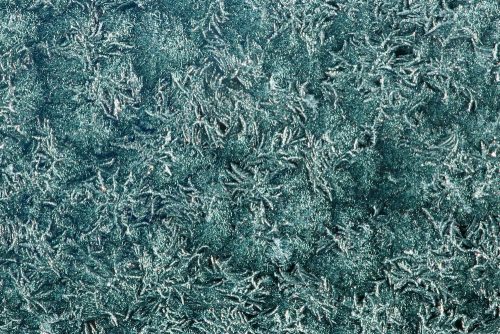 I’m pretty sure that’s the work of the Ice Spiders.

Also, the lichens are nice and bright. 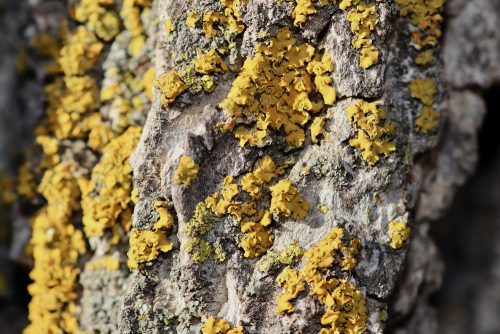 Dang it. I sympathize with the sentiment here. 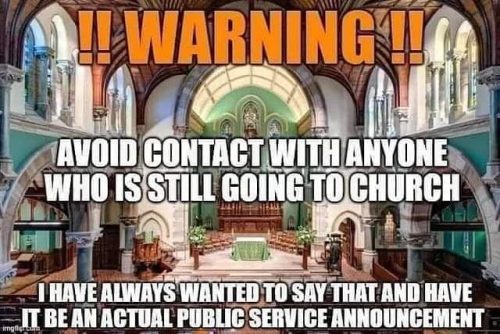 But now it’s ruined, because to be fair you should stop right after “AVOID CONTACT WITH ANYONE”, period.

What a strange clip from Fox News. The garbage is flowing thick and fast here, and I count at least 3 dogmas on display.

The first is American exceptionalism. The presenter starts by claiming that Americans are individualistic…on Fox News, which builds its revenue on the sheep-like ability of Americans to follow their brand of bullshit obsessively.

Then this “doctor” is brought on to talk about the pandemic, and what is he concerned with? Football! Seriously, dude? Football is so important that he’s outraged that a game might be called off?

Fox News doctor Marc Siegel on Sunday encouraged people to have gatherings for Christmas and Hanukkah because COVID-19 is “almost like a biblical plague.”

Siegel made the remarks during a Fox News segment on National Football League (NFL) players who he claimed are being “punished” by COVID-19 restrictions.

“Do we want no Christmas? Do we want no Hanukkah?” Siegel complained. “We’re praying for miracles right now to get us out of this COVID-19 pandemic. It’s almost a biblical plague it seems like.”

We can’t cancel Christmas because we need to pray for the end of the pandemic! These guys have never heard of the idea of praying quietly at home, I guess. No profit in it.

I’ve always just mocked the idea that there is a war on Christmas, since most people are fine with everyone else celebrating midwinter however they want — I’m not going to march into your house and knock over your Christmas tree. But maybe we need to get more militant about some aspects of the holiday if we’ve got idiots insisting we have to defy basic disease prevention protocols to maintain his superstition. 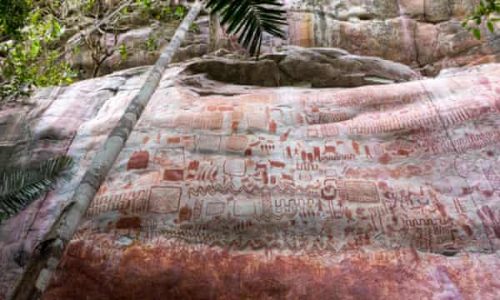 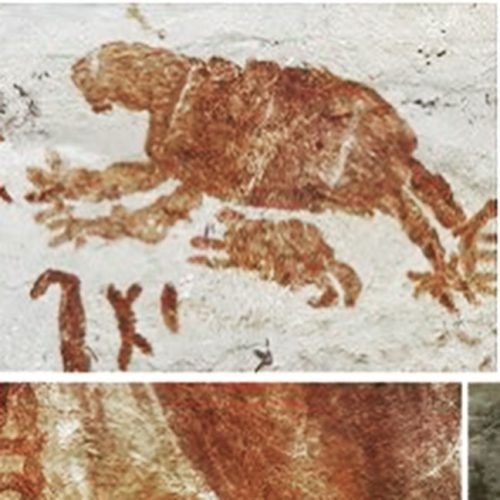 I was just wandering around, noticing that the world has a limited color palette right now. 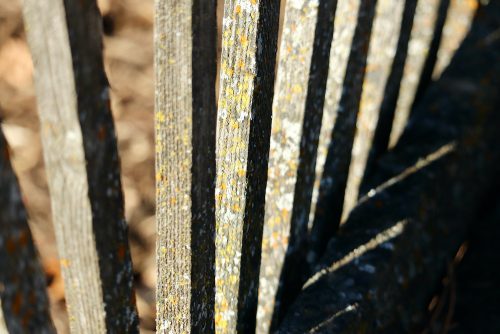 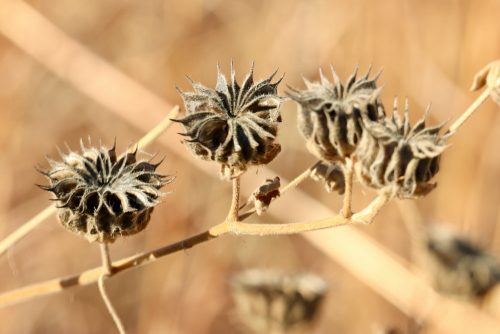 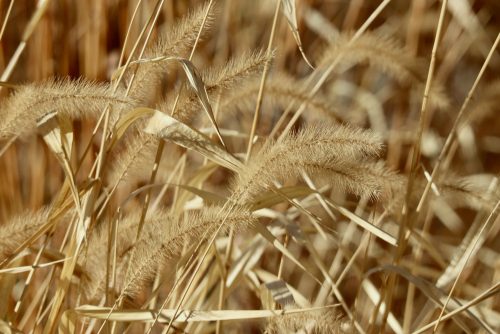 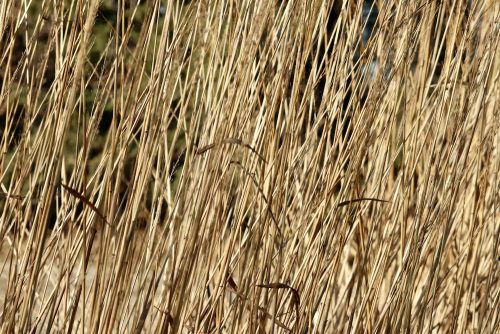 Lately, on my YouTube channel, I’ve been plagued with Peterson fanatics suddenly popping up on old videos and leaving weird, unfocused comments like “Strawman!” and “Fallacies!”, without bothering to tell me what I’ve strawmanned or what my fallacy was. But then, if you’re a Peterson cultist, you’ve probably already got serious logical deficits. So anyway, for this week’s Bad Science Sunday (it’s early, but calendars are merely a social construct anyway), I decided to infuriate them even more. It was fun.

As usual, I end with a plea to subscribe to my channel, or to sign up for my Patreon, but also with a request that everyone pray to Skaði, Goddess of Winter, because it’s almost the end of November and we have no snow on the ground, and it’s freaking me out.

END_OF_DOCUMENT_TOKEN_TO_BE_REPLACED 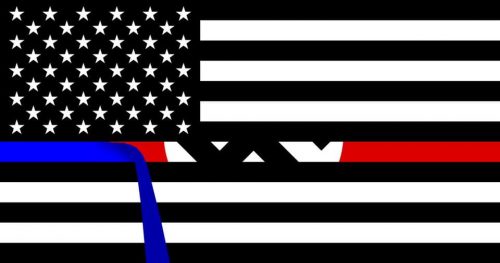