I was just admiring this S. triangulosa that I found in the science building — an escapee returning to home? — and had to take a few photos. She’s very striking, with this high contrast black & white coloration.

I’ll tuck it below the fold for the arachnophobes.

END_OF_DOCUMENT_TOKEN_TO_BE_REPLACED

I do favor Elizabeth Warren for president, but I keep seeing this fierce energy from the Sanders side that bends me in that direction. Also, my wife is definitely going to keep pressuring me to vote for Bernie in the primary.

Now that is a campaign ad and a half.

Alan Dershowitz is arguing that:

The procedural posture of Trump’s Senate impeachment trial as it ends is this: the Democrats asked for witnesses to help prove X, and the Republicans refused, on the explicit ground, put forth by Alan Dershowitz, that even if X were proven to be true, it could not — literally could not — be a valid basis for removing a president via the impeachment and conviction process.

This was, to put it in legal jargon, essentially a motion for summary judgment — that is, a procedure by which one party moves to end a proceeding on the grounds that, even if everything the accusing party is alleging is true, there still isn’t a valid legal basis for a judgment against the accused party, so therefore there’s no need for an actual trial.

What the Republicans agreed was true was this: That Donald Trump held up hundreds of millions of dollars of already appropriated aid to another country, because he was extorting that country’s leadership into announcing a fake investigation into the supposed corruption of the son of a political opponent. That’s what the Democrats alleged Donald Trump did, and that’s what Alan Dershowitz argued could not — again, not should not but could not, constitutionally — be a valid basis for removing a president.

ARTICLE TWO ALLOWS ME TO DO WHATEVER I WANT!!#PresidentSupervillain pic.twitter.com/FrqPgTAU6d

And there isn’t a single Republican who recognizes the dangerous precedent this sets? To appeal to their naked self-interest, which is all they’ve got for a moral backbone, do they realize that they are greatly weakening the power and importance of the senate in order to strengthen the executive branch into a tyranny?

Today dawned cold and foggy — subzero temperatures and a fine cloud of ice crystals everywhere, and you know what that means?

I looked everywhere outside, in likely spots where I’ve seen spiders before — in, like, July — but no luck at all. Here are a few photos of my failures. Disappointing. 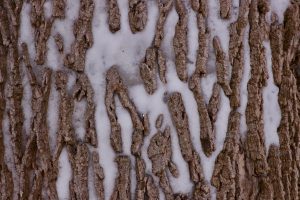 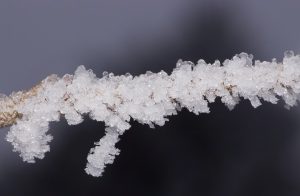 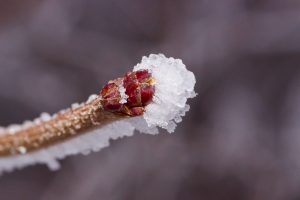 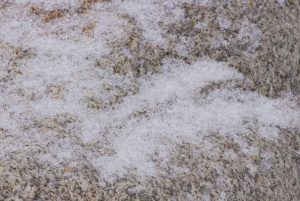 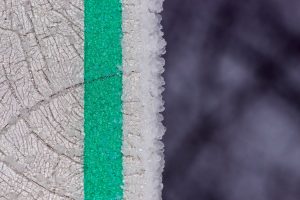 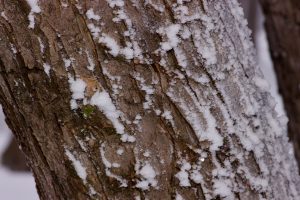 We’re going to have to deal with the rotting excreta of Info Wars for a long time, I fear. But at least one pile of shit has been shoveled up: Wolfgang Halbig has been arrested.

Halbig, in case you’ve happily forgotten, was one of those conspiracy zealots who was convinced that the murder of 26 people at Sandy Hook Elementary School was faked, and who harassed parents and administrators endlessly. He is a revolting human being.

Mr. Halbig, 73, a former Florida public school security administrator, has sent hundreds of public records requests to Newtown and Connecticut officials, demanding documents that include photographs of the murder scene, the children’s bodies and receipts for the cleanup of “bodily fluids, brain matter, skull fragments and around 45 to 60 gallons of blood.”

Soon after the massacre, Mr. Halbig appeared multiple times on Infowars, which aired his false claims to millions of people and gave him a platform for raising tens of thousands of dollars to fund his obsession.

Alex Jones was so happy with his delusions that he sent a film crew to accompany Halbig on a tour of Newtown, Connecticut as he pestered grieving people with his lunatic accusations. Recall that InfoWars promoted bizarre ideas about chemtrails, aliens, evil immigrant hordes, pig-human hybrids, pedophile rings in pizza parlors, etc., etc., etc., and at its peak was bringing in $20 million/year. It’s lost some of its more popular outlets, but it still exists: right now Jones is preaching that the coronavirus outbreak is really just a rehearsal for forced vaccinations.

We can only hope he and his minions fade into obscurity. Paul Joseph Watson, fuck off.

Little known fact: in 1877, Benjamin Waterhouse Hawkins was actually trying to paint the people from New York and Philadelphia visiting the Jersey Shore. This was before the American diet made people less sinuous and lithe.

I’m guessing the skinny long-legged boys are Iguanadons lining up to swim across Arthur Kill to Tottenham, while mosasaurs watch from the Raritan River and snakey plesiosaurs and a distinctly gargoyle-like pterosaur gawks at the vicious gang fight from the safety of South Amboy, as the the crook-necked clingy boys from Keasbey tear into the line? It’s interesting how old reconstructions seem to have just scaled up slender lizards to make dinosaurs.

Amazing. A couple of young men set up Katie Hopkins, going to extreme lengths to get her to accept a bogus award — flying her to Prague, booking a fancy hotel, hiring actors to play members of a committee — an award called the Campaign to Unify the Nation Trophy, and she fell for it. I might fall for such a prank if someone were to pay me to travel, of course, but she was totally thrilled with the award. I was starting to feel sorry for her.

Then she gave her acceptance speech.

She deserves every scrap of mockery she gets.

The white-on-white style is looking classy. Still winter, though. 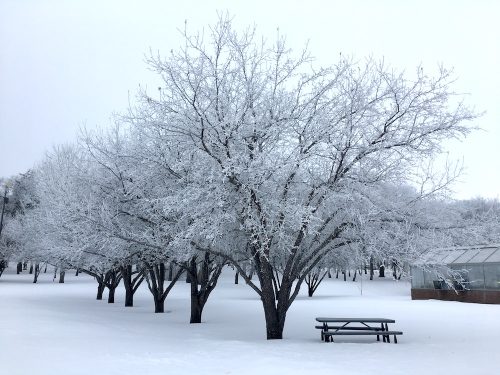 Gómez was a hero who fought to educate people and protect the Monarch butterfly in his native Mexico, and now his body has been found thrown down a well.

This is a tragic loss. It’s still under investigation, but he was probably murdered by local gangs.

Rights groups had earlier said they feared that Gómez might have been targeted because of his fight against illegal logging, one of the activities that criminal gangs in the area are involved in.

Gómez was last seen in person attending a meeting in the village of El Soldado on the afternoon of 13 January, and his family reported him missing the next day. Relatives told local media the conservationist had received threats from an organised crime gang.

Fighting to preserve natural habitat is a dangerous cause.

Anyone want to buy me a ticket to Brisbane? 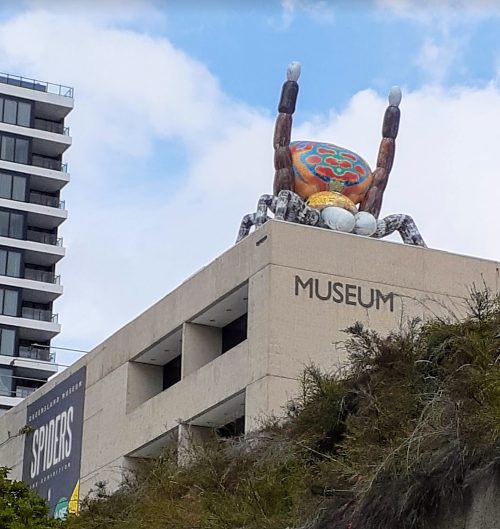